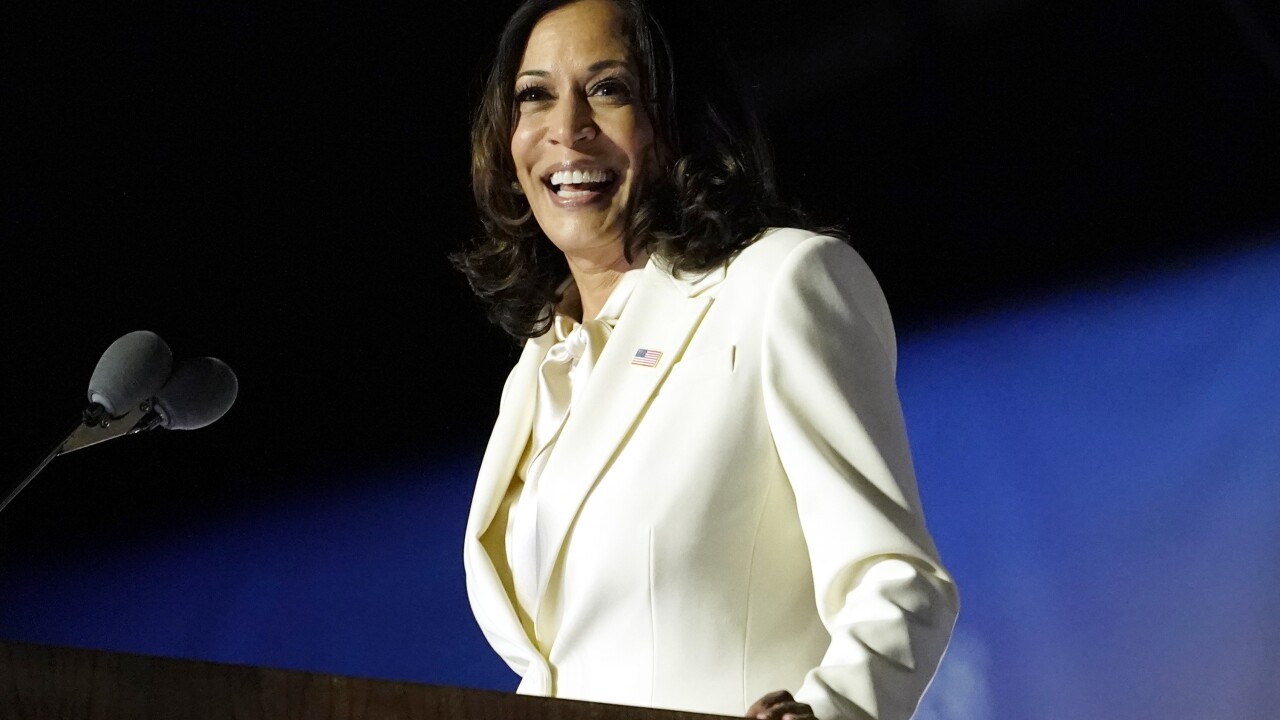 Vice President-elect Kamala Harris is paying tribute to the women, particularly Black women, whose shoulders she stands on as she shatters barriers in American politics.

Harris addressed the nation as the next vice president on Saturday.

I’m thinking about my mother, Shyamala Gopalan Harris, and the generations of Black women who came before me who believed so deeply in an America where a moment like this is possible. pic.twitter.com/c3f13juMPw

She is the first woman to be elected vice president in America, but she says she will not be the last.

The 56-year-old California senator is also the first Black woman and first person of Indian heritage elected to the vice presidency.

She wore a white pantsuit on stage in tribute to women's suffrage.