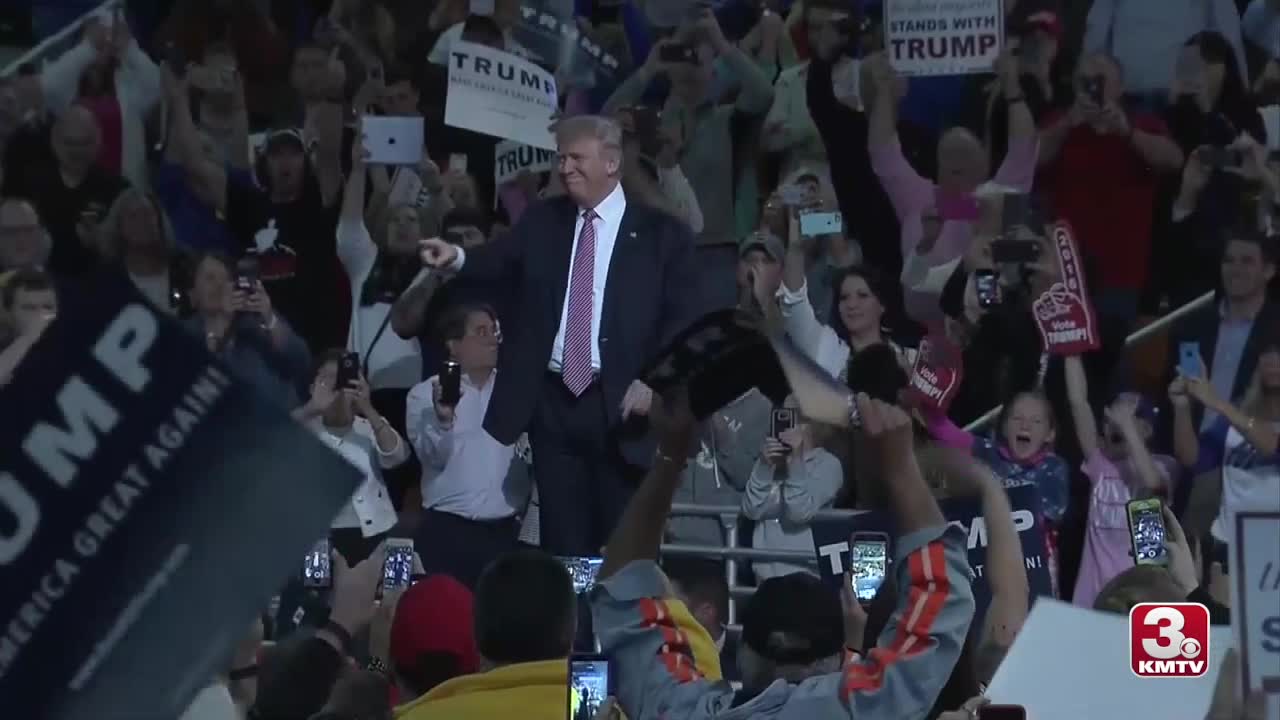 OMAHA, Neb. (KMTV) — Over the past several elections, Iowa has been a swing state, therefore presidential campaigns looking to win in November have gone across the river to Iowa to campaign.

That’s happening again this year, but they’re also campaigning in Omaha, looking to win the Nebraska-2 single electoral vote. Nebraska is just one of two states to split up their electoral votes by congressional districts.

That one electoral vote in Omaha could prove crucial in November.

Lara Trump, daughter-in-law to President Donald Trump, made dual stops in the metro Thursday. She was campaigning in both Council Bluffs and Omaha.

“We feel very strong headed towards November 3rd but we want to leave nothing on the field, we want to take every voter very seriously. We want to earn every vote out there,” says Lara Trump, during an interview with 3 News Now.

Traditionally both Democrats and Republicans have targeted Iowa and its six electoral votes.

Both sides are also looking at Nebraska's second congressional district, and its single electoral vote, which went for Donald Trump by two percent four years ago.

“We play every second of the game like we’re behind, we don’t any vote for granted. You saw in 2016, Hilary Clinton did that. She thought she had certain states locked up, she didn’t, she didn’t campaign there, she ultimately lost those states,” says Trump.

There’s indication it could flip blue this year.

That last happened in 2008 when Barack Obama narrowly won it. Joe Biden's Nebraska political director, Precious McKesson, says they need to build enthusiasm through the metro to win it again.

There’s a slim chance the one electoral vote could really make a difference.

If President Trump wins Pennsylvania again, but Joe Biden claims Wisconsin, Michigan and Arizona for the Democrats, a blue dot in Nebraska would give the election to Biden.

If President Trump holds Nebraska-2, it would be an electoral tie, and go to the House of Representatives, in which each state delegation would have one vote and likely pick President Trump.