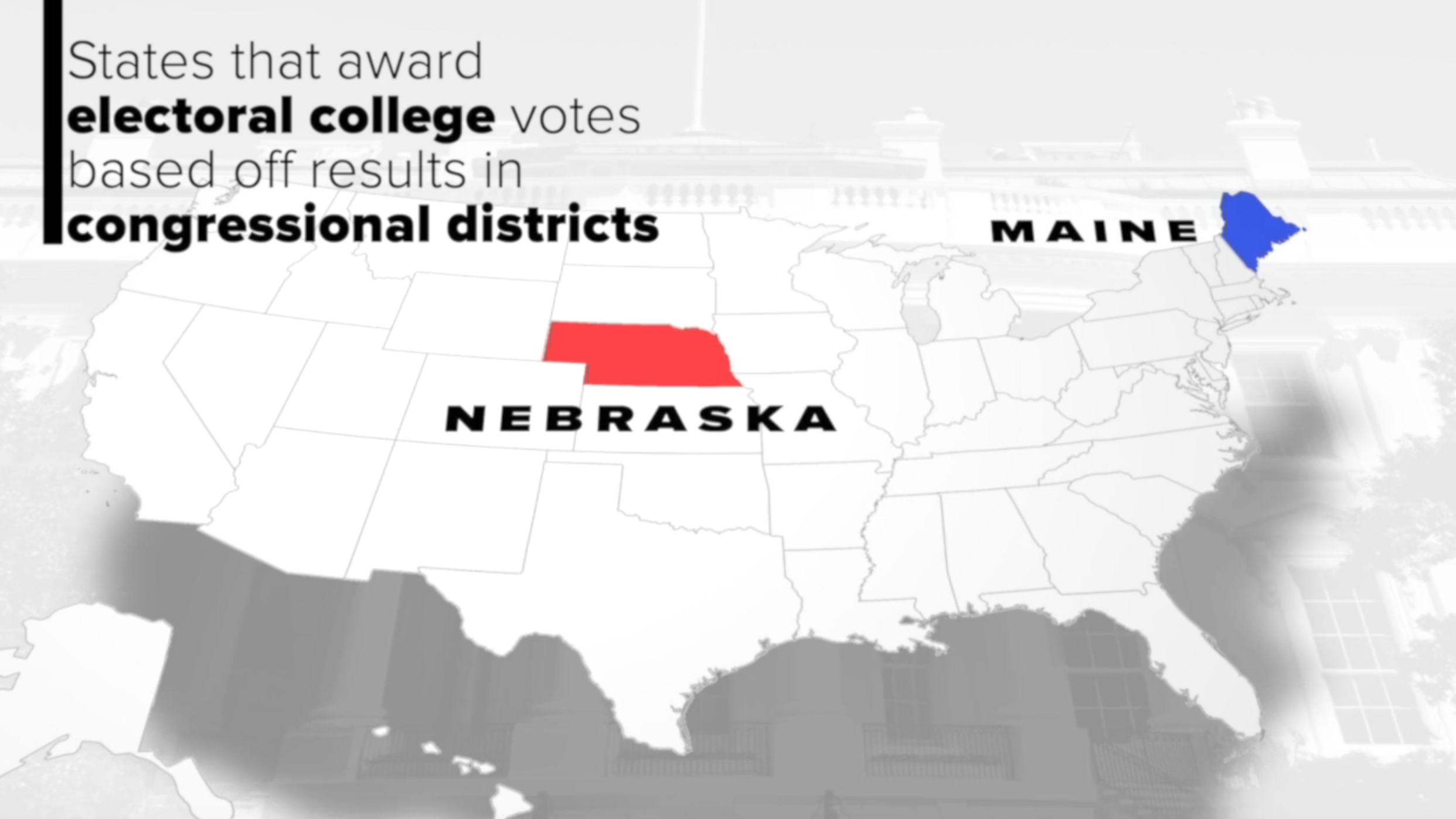 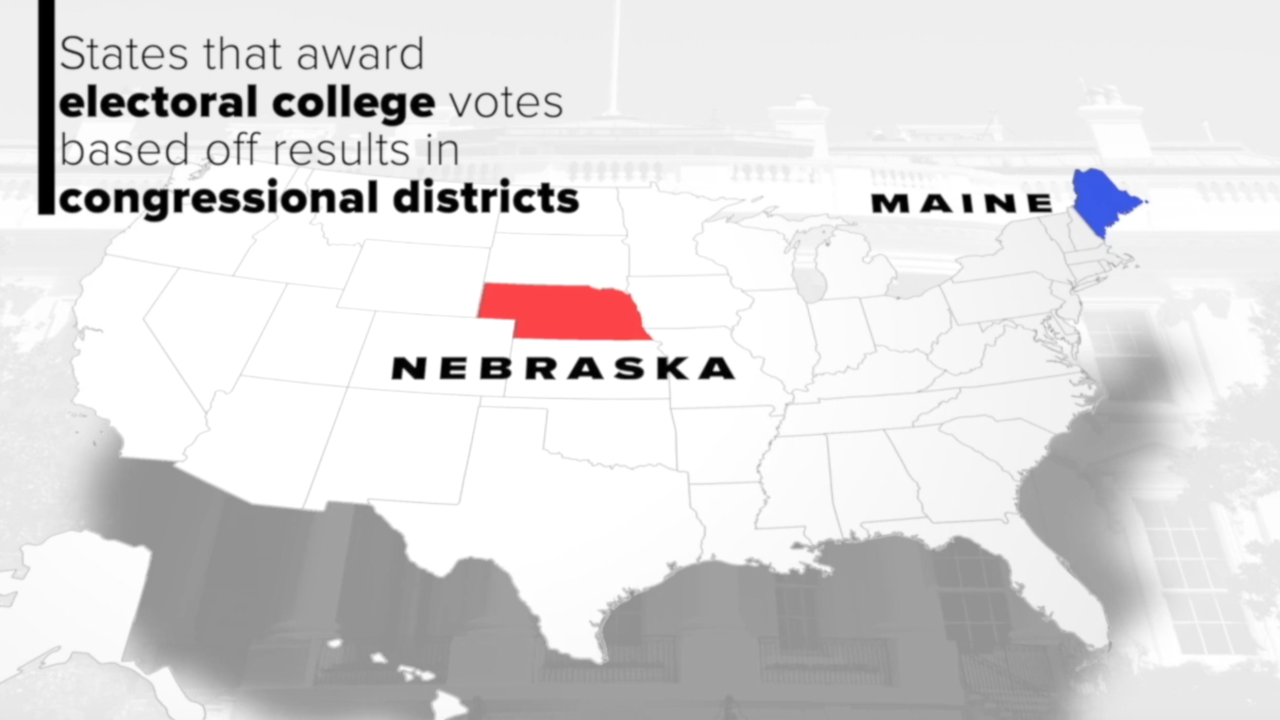 There have been plenty of presidential elections when Nebraska hasn't cross too many minds. After all, it's a relatively conservative state where President Donald Trump won by 25 points in 2016.

But this election, Democrats aren't forgetting about Nebraska, or more specifically, Omaha.

Nebraska and Maine are the two states that award their Electoral College votes based off results in individual congressional districts.

For instance, in 2008, John McCain and Barack Obama both received Electoral College votes from Nebraska.

A total of five Electoral College votes is at stake.

While Trump will again carry the statewide vote and two of the state's congressional districts, it is unclear what will happen in the 2nd Congressional District, which includes Omaha, Nebraska.

Democrats believe there is a chance.

"For whatever the reason, there are a lot of Democrats and independents saying they are going to vote for Biden," Bob Kerrey, the former Democratic governor and U.S. Senator from Nebraska, said.

Republicans aren't conceding by any stretch, although they acknowledge it will be close.

"We have more people than ever with boots on the ground knocking on doors," Theresa Thibodeau, chair of the Douglas County GOP, which includes Omaha, said.

HOW IT COULD COME DOWN TO OMAHA

If the election is close, there is a scenario where it all comes down to Omaha.

If the projections in most states hold true -- and Trump wins the swing states of Florida, Georgia, North Carolina, Ohio, Pennsylvania & one congressional district in Maine and Joe Biden wins the battleground states of Arizona, Michigan, Nevada and Wisconsin -- how Omaha votes could decide the election.

Of course Republicans in Nebraska don't particularly like the way in which their state allocates votes.

"We should move our state back to a winner takes all," Thibodeau said.

"We figured out how to do it right, to have a winner take all system basically throws out Republican and Democratic votes depending on where you live," Kerrey said.