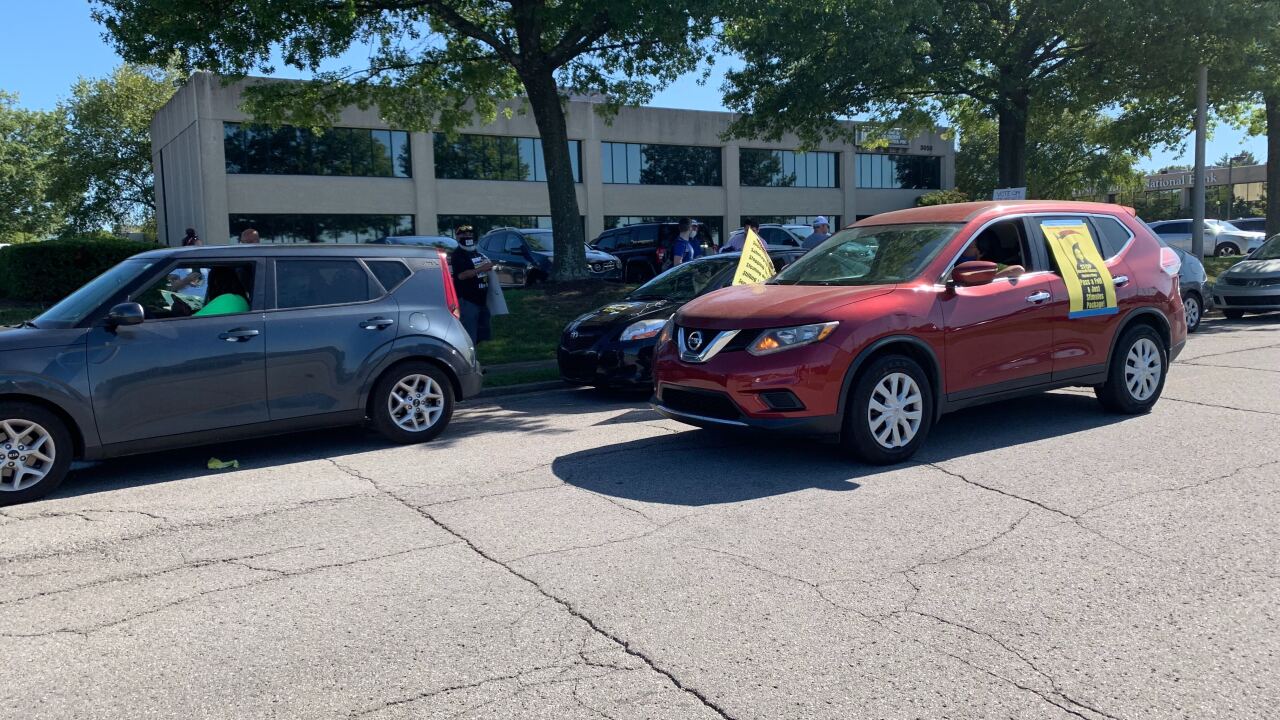 People are protesting outside of Mitch McConnell's Kentucky and Washington, D.C. offices as the Senate Majority Leader vows the Senate will vote on replacing Ruth Bader Ginsburg on the Supreme Court with someone nominated by President Trump.

The protest, created by the Poor People's Campaign, called for people to drive around McConnell's offices in Kentucky: London, Lexington, Fort Wright, Louisville, Bowling Green, and Paducah, and his Washington, D.C. home. Protesters say they are also "flooding his phone lines" at McConnell's offices.

McConnell has said he will call a vote for President Trump's nominee, but Democrats say Republicans should follow the precedent that GOP legislators set in 2016 by refusing to consider a Supreme Court choice in the run-up to an election.

President Trump said on Monday he is choosing among five women to nominate to the Supreme Court by the end of the week, and is pushing for the nominee to be confirmed by Election Day.

This story was first reported by WLEX in Lexington, Kentucky.