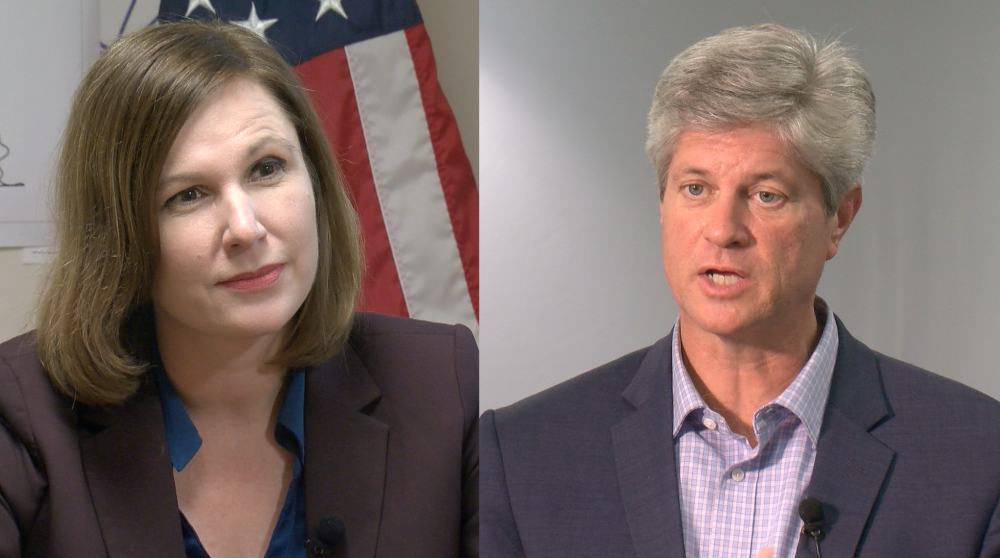 Republican Congressman Jeff Fortenberry hasn't had a competitive race since winning the election in 2004. In 2020, his Democratic opponent Kate Bolz has raised plenty of money and thinks she has a shot.

Congressman Jeff Fortenberry has represented Nebraska’s first congressional district, which includes Lincoln and eastern Bellevue, since getting elected in 2004 and since then, every two years, he’s had easy re-election campaigns. But that’s not exactly the case this year, as he has a formidable opponent in state senator Kate Bolz, who’s raised a good deal of money.

In an interview at her campaign office in Lincoln, Kate Bolz tells 3 News Now she hears about access to healthcare all across her expansive district, which spans from Norfolk to Nebraska City.

She criticizes Rep. Fortenberry’s votes to repeal the Affordable Care Act (ACA), instead, she wants to build on the ACA, giving Americans an option to buy healthcare through the government, known as a public option.

“If you are someone who perhaps lost their employment because of coronavirus, you should have a public option to rely so your healthcare needs are met no matter what,” says Bolz.

He says he, instead, wants to expand healthcare options through employers, and worries a public option is merely a stepping stone to something else.

“A public option pulls more and more people away from affordable access to private insurance where most Americans get it, and puts us on the road to Medicare-for-all,” says Fortenberry.

Whoever wins will likely be voting on another coronavirus relief package.

Fortenberry says he’s proud of the way congress came together and passed the CARES Act.

He next wants to protect the healthcare system, move aggressively towards treatments and expand testing, plus add more financial support.

“Perhaps additional help to individuals and families, we’re not out of the woods yet, this has been very traumatic for people," he says. "Third, is an extension of the PPP program (that helps small businesses),” says Fortenberry.

Bolz agrees that Americans need more financial help but wants to ensure the country is prepared for whenever a vaccine comes, plus support for telemedicine and prescription drugs.

“I think the healthcare piece must be at the top of the list so we can manage coronavirus to the greatest extent possible,” says Bolz.

The district has cities like Norfolk, Madison and Schuyler, which have large Hispanic populations. Both candidates want to see the people in the Deferred Action for Childhood Arrivals program, better known as DACA, get a path to citizenship, and then make other immigration changes as well.

“We have to keep our humanity at the border even in intense circumstances, we need to make sure we’re keeping families together and prioritizing a humane response to immigration,” says Bolz.

Fortenberry says he wants to “modernize” the immigration system.

“If we don’t solve the underlying problem we’re going to continue to have this problem in the future and that’s not fair to the people who are trying to immigrate here legally," says Fortenberry.

The district is very Republican, especially the northern counties such as Madison and Platte, and it’ll be a tough hill to climb for Bolz, but she feels like she has a shot.

“(What Nebraskans) feel frustrated about is their elected officials aren’t present and aren’t reflecting their perspectives, and best interests. I think Congress is too influenced by partisan politics and special interest groups,” says Bolz.

Fortenberry says his experience is a major reason he deserves another two years.

“Leadership and experience matter. Being on the right committees and understanding those who you can work with, who have a reasoned outlook on trying to get things done in a creative, constructive way,” says Fortenberry. “That matters.”