Race for the Legislature - Marque Snow vs. John Cavanaugh 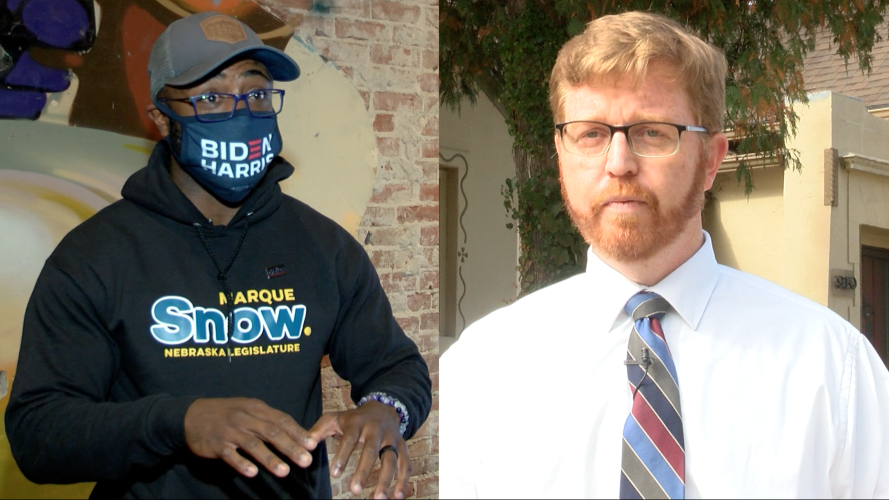 OMAHA, Neb. (KMTV) — Nebraska’s 9th Legislative District has been represented by a Howard for the last 16 years.

The midtown Omaha district elected Gwen Howard and her daughter Sara Howard each to separate terms.

But now Sen. Sara Howard is term-limited and the district will elect a new representative in November.

John Cavanaugh, whose family is a mainstay in Omaha politics, is taking on Omaha School Board President Marque Snow.

Cavanaugh is trying to get into the family business of politics. His uncle jim is a Douglas County Commissioner, his dad John was in Congress and his sister Machaela is in the legislature, where John is trying to join her.

RELATED: See all of our Election 2020 coverage here

“We are all Democrats and we are all progressive liberals, but we have very different approaches, different mentalities and different priorities really,” says Cavanaugh.

Cavanaugh, who works as a public defender, has a variety of ideas to reform the criminal justice system in the state.

But says helping those in it now, goes beyond sentencing reform, also giving them housing, healthcare and good schools.

“Reforming sentences is not going to actually decrease crime. Helping people before they get into the criminal justice system is the real way that we decrease crime,” says Cavanaugh.

While Cavanaugh was able to win the primary, he has a formidable opponent, who already has some political experience as OPS board president.

Snow points to the hiring of Dr. Cheryl Logan and raising teacher pay as a few of his accomplishments.

“No one can say that our district is not more fiscally responsible, stronger and more focused today than we were seven and a half years ago,” says Snow.

Snow says the state has a people crisis, saying many people like those out of college and those retiring are leaving the state.

He wants to lower the tax burden, while also passing bills that make young people want to stay here.

“It’s not producing more people to live in our state, but how do we bring talent here. And also retaining the talent we have in our state,” says Snow.

But if he gets to the Unicameral next year, he wants to work on COVID-19 legislation, ensuring the state is ready when a vaccine comes out.

“We don’t want to be caught flat footed which is where we are currently, not acting quickly and appropriately to the crisis, so we do start having some light at the end of the tunnel when a vaccine comes out. We want to get it distributed as efficiently as possible, to as many people as we can,” says Cavanaugh.

Whoever wins, it’s almost certain they’ll go to a Unicameral that is controlled by conservatives. Cavanaugh says he’ll first look to compromise, before he fights to kill a bad bill.

“You have to negotiate a compromise, find solutions that are going to work for everybody, and when you can’t do that, you are going to have to fight to stop bad legislation from happening.”

Snow says he wants to bring his progressive values to the Unicameral as the first openly gay man ever to serve in the Nebraska Legislature.