Race for the Legislature - Rita Sanders vs. Susan Hester 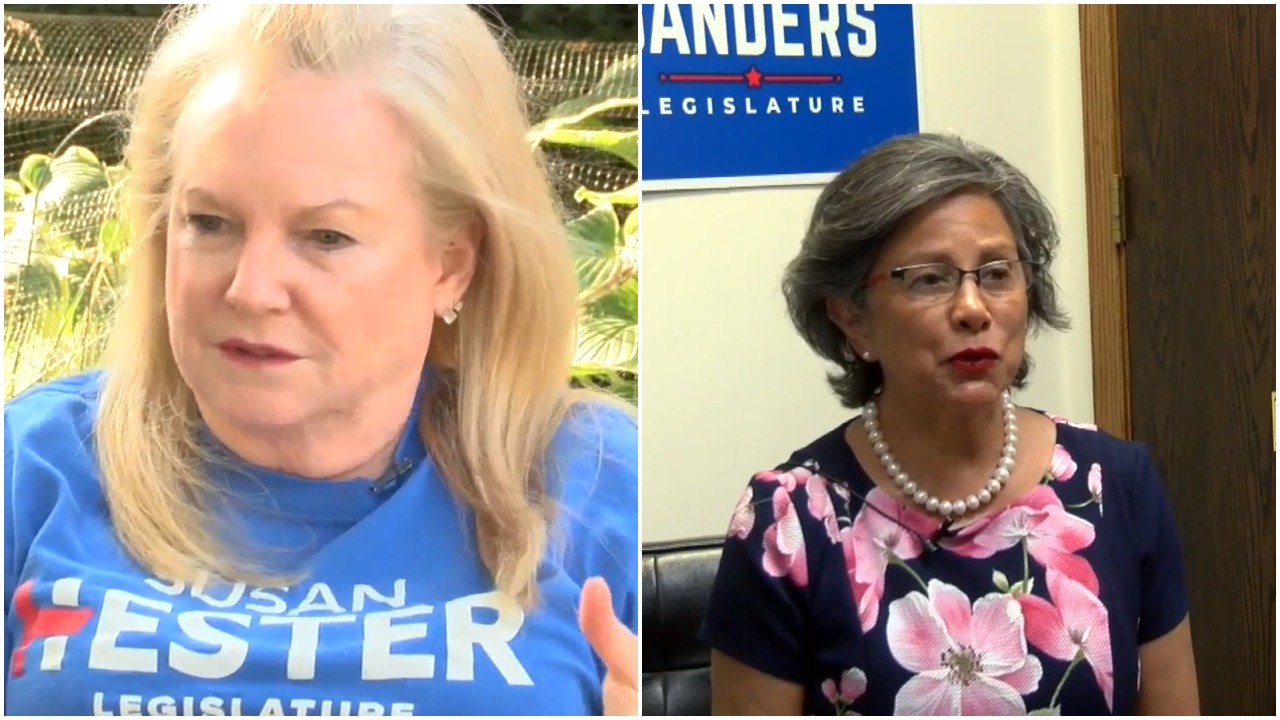 The battle for District 45 legislature seat is heating up as election day nears.

BELLEVUE, Neb. (KMTV) — One of the legislative races that could be one of the closest on election night is District 45 in Bellevue.

The race is expected to be close in the general election.

Sanders says after two terms as Bellevue mayor, she needed a break. She took the time to work on her development business and spend time with her family.

But she now thinks she’s the perfect person to take the place of Senator Crawford in the legislature.

“I think I’m proven, I think I work hard and I think I will bring those ethics down to Lincoln,” says Sanders.

Hester is a retired Bellevue schools teacher, who figured she could do some good for the area now she has more free time. She's in a variety of community organizations, she says she knows the problems of her district.

“I feel like I have a real feel for the pulse of the community because I’m down there and I’m working,” says Hester.

District 45 includes east Bellevue and Offutt Air Force Base. The legislature gave a boost to the veterans in the district last session, exempting their retirement tax benefits 50 percent.

Both candidates want to do more.

“I’d like to see us get to 100 percent of their retirement, that is something I hear everyday when I’m out knocking,” says Sanders.

“It’s not as good as what surrounding states offer the military. So that’s something that still needs to be worked on,” says Hester.

The school choice issue separates both candidates. Sanders says she wants to make it easier for students to go to any school they want, including private schools, while Hester says vouchers could hurt public education.

“The United States committed to public education and public funding for education before the constitution,” says Hester.

“Every kid has an individual way of learning and is not always a certain school, and their parent is that advocate and the parent needs to figure out what’s best for that child,” says Sanders.

“And if we talk about vouchers, I think Bellevue Public School can compete, they are known for solid education,” says Sanders.

Hester says students in her district can already pick what school they go to.

“It’s not school choice, it’s tax ride-offs that then go to private schools. It’s about taxes, it’s not about choice,” says Hester.

When asked, Sanders tells 3 News Now she would vote consistently vote yes on any anti-abortion legislation.

Hester won the primary by just under two percentage points.