Race for the legislature - Slama vs. Palmtag 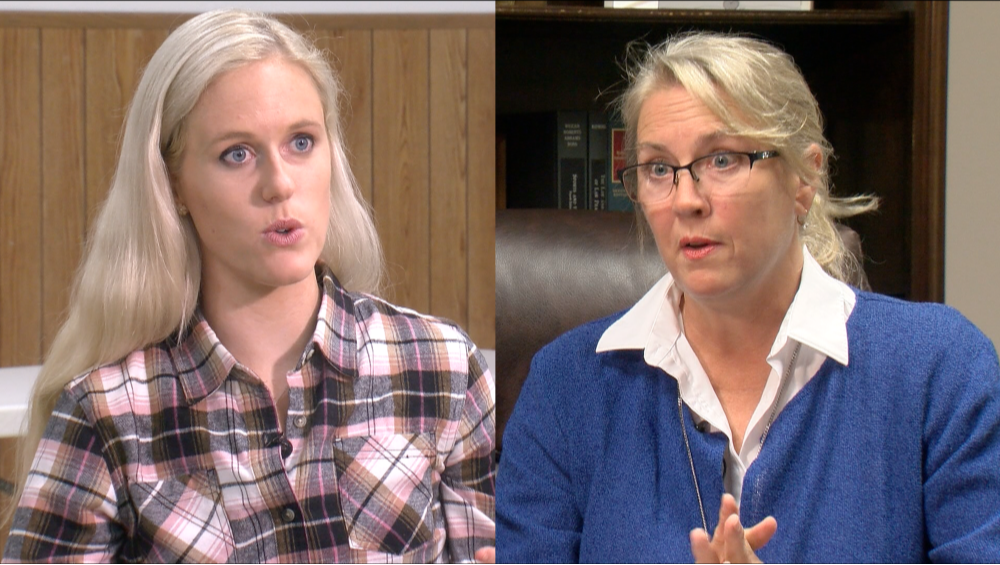 While both candidates running for the District 1 congressional seat are Republicans, the race has been one of the most fraught in 2020 election cycle in Nebraska.

NEBRASKA CITY/PERU, NEB. (KMTV) — District 1, located in the far southeast corner of the state, is also one of the most rural districts in Nebraska.

Yet, it’s getting plenty of attention in Omaha and Lincoln because of a feisty battle between Republican Janet Palmtag and fellow Republican Julie Slama.

After the 2018 election, state senator Dan Watermeier quit the legislature due to being elected to the Nebraska Public Service Commission.

When you look from afar, both candidates for the district seem similar.

Both say they’re conservative Republicans with their number one issue being lowering property taxes, and reforming the way schools are funded.

“That’s what motivated me to run. When we were not able, after decades of being promised from the legislature, get meaningful property tax reform,” says Palmtag.

“For me, reforming that formula, so it’s fair to all students, whether you live in Pawnee City or Papillion, is the key to getting that structural property tax relief,” says Slama.

Both also say they’ll vote for anti-abortion bills, and will protect the second amendment.

The need for expanding rural broadband is also high on both candidates' list.

Slama says some folks in her district have similar internet that those in Omaha had 20 years ago.

“Here in District 1, we have a lot of hilly areas, I live in one. And so we had dial-up internet until I was a junior in high school. There are still families in district one, where dial-up internet is the only option” says Slama.

She wants to see a fiber broadband connection across the whole state.

Palmtag says this is the time to get broadband in rural Nebraska.

Despite their agreements and some of Slama’s votes to lower property taxes, expand broadband and to ban dismemberment abortion, Palmtag thinks it’s time for a change.

“My opponent has some very liberal views that both myself and the Nebraska Republican Party have raised concerns about,” says Slama.

Those concerns have been raised in a series of mailers from the Nebraska GOP, including one that placed Palmtag next to Senator Ernie Chambers, criticizing her for being against a raise for Corrections Director Scott Frakes.

“That is something we all as taxpayers should be questioning,” says Palmtag. “That along with many other negative pieces in the primary were really hurtful to me.”

Whether it made a difference or not, Slama won the primary by 41 percent.

When asked about the mailers, she said she stands by all of them.

“I think at the end of the day, they are what they are and I think the groups have some very genuine concerns about my opponent and her record on where we should stand on District 1,” says Slama.

Slama has also critiqued Palmtag for running a negative campaign, including hits on her youth and missed votes.

Both candidates are confident that they’ll pull out the win on election day.