Race for the legislature - Tim Royers vs. Rich Pahls 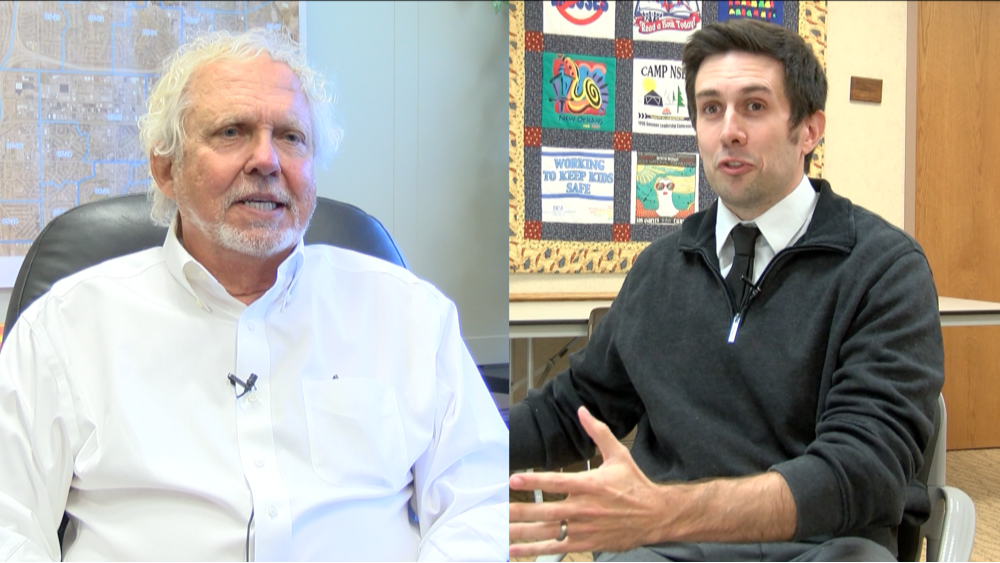 Omaha city council-member Rich Pahls is looking to return to the state legislature, but the race is tough, as Tim Royers, a former Millard educator, who won Nebraska Teacher of the Year in 2015, is taking him on in the southwest Omaha unicameral race.

OMAHA, Neb. (KMTV — After serving eight years in the legislature, and another seven years on the Omaha City Council, Rich Pahls is leaning on experience.

“I have a background that has a lot of variety to it,” says Pahls.

Pahls is often a swing vote on the city council, sometimes not making a decision until it’s time to vote.

He says that has come with his years on the job.

“What I found in life, is if you come down there with a preconceived idea, you’re sort of, the doors already been closed. Anytime you talk about change, it does affect people’s lives,” says Pahls.

What Pahls has in experience, his opponent Tim Royers brings in youth, and fresh perspective.

“We need to be looking at going in a different direction. Not repeating the approaches that have been done in past years,” says Royers.

Royers previously taught social studies at Millard West and was named Nebraska Teacher of the Year in 2015.

If elected, to District 31, which largely consists of Millard and southwest Omaha, Royers says he wants to tackle re-writing the school funding formula, saying he wants the state to give every district money. Something it doesn’t currently do.

“The formulas designed in a way where the state is not a partner in funding education, the state is kind of a last-ditch emergency life jacket that gets tossed if you get stuck in the water,” says Royers.

Pahls, a former principal in the Millard school district, has plenty of experience with education. He also served as chair of the Banking, Commerce and Insurance Committee in the unicameral.

He is looking at ways the state can change their tax structure, while also wanting to work on adding state dollars to every Nebraskans public school education.

“People from the greater Nebraska, well they don’t get any state aid. So maybe there’s some way to take a look at that and see if there is some way to balance that out,” says Pahls.

The two came out of a crowded five-person primary in which both candidates finished within 200 votes of each other.

So the race is expected to be close and residents have received negative campaign mailers. Including one from the Nebraska Republican Party that said Royers, a Democrat, taught “students to hate their country.”

“That familiarity and that knowledge means, they’re not going to buy into those attacks because they already know me on a first-name basis. They trusted me to educate their kids for years," says Pahls.

“That’s not my style. No, let it be known that I was unhappy with that," says Pahls.

Royers also says if elected, he’ll seek to make a state law that allows counties with metro-areas to have the authority to make health decisions for its residents, such as a mask mandate.