Race for U.S. Senate - Sasse vs. Janicek vs. Love 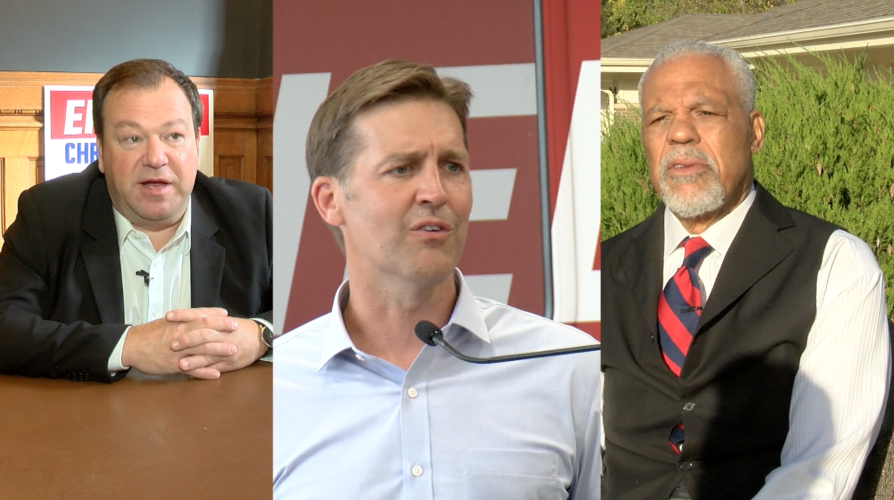 OMAHA, Neb. (KMTV) — Ben Sasse has earned the reputation as one of the most conservative members of the U.S. Senate.

While he spoke in the past about the job of U.S. Senator not being a lifetime job, he wanted to run again to work on policy for the future of war, future of work and the first amendment.

“I called them the policy problems of 2030, that’s why I ran again. I didn’t run again chiefly because of 2020 stuff. I ran because of a long-term policy agenda 10 years out,” says Sasse.

He consistently speaks on reforming social security and medicare, telling 3 News Now that he wants to eventually raise the eligibility age of both to 70.

He says people like his kids will live much longer than when the programs were put into place.

“It’s just a question of whether we fix these middle class entitlement programs rationally with a long planning horizon and a planning runway, or whether we do it amidst some economic calamity in the future,” says Sasse.

That's one of many issues that his Democratic opponent Chris Janicek disagrees with.

Janicek says he wants to build upon the Affordable Care Act, something he’s on himself, possibly adding a public option.

He worries Sasse will again push to repeal the ACA, if given another six years.

“What he have currently is not working for everyone, and what we do have that is working, for some of the people, we're trying to take away,” says Sasse.

In the summer Janicek faced fierce pressure to drop out of the race after the Nebraska Democratic Party released group text messages, in which Janicek told a fundraising staffer she needed to get laid.

“It actually increased our business, because people are not about protesting when they have no factual evidence to do so.”

He then said the campaign is focused on policy.

“We apologized for what happened and are moving on.”

When pressed further on why he didn’t drop out of the race. Janicek’s campaign manager told 3 News Now they were done talking about the texts.

He says he wants to protect the Affordable Care Act, protect Roe vs. Wade, lead economic development in urban and rural communities, and will actually be present all across the state.

“My senators have never been to north Omaha and worked with any other community leaders, none, zero,” says Love.

He told me, regardless of the result, he’ll win by getting his message out, bringing out turnout from the Black community and by simply running as a person of color.

“For a Black man, an African-American, running for the United States Senate in a serious way, talking about serious issues, is growth,” says Love.

As for Sasse, he says his relationship with Donald Trump has improved since 2016, saying he loves his judicial nominations, but has plenty of disagreements with him, and won’t say if he’s voting for him.