'This isn't over!': Trump supporters refuse to accept defeat 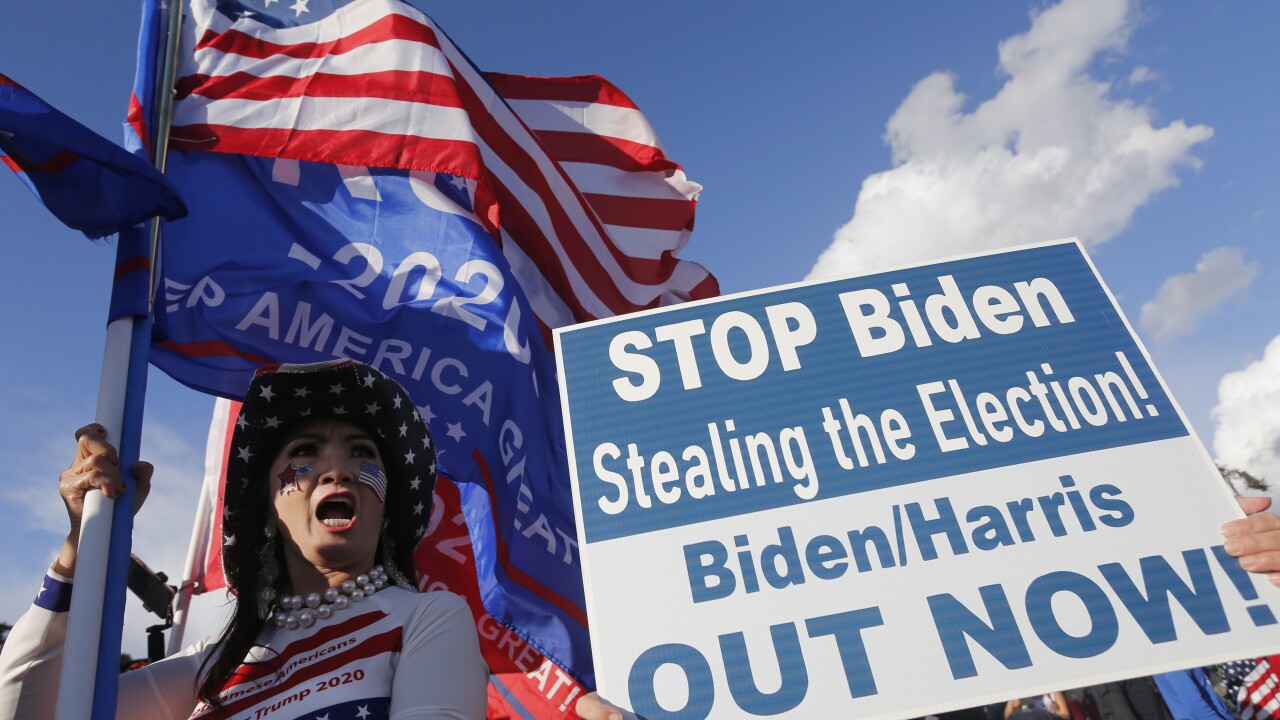 Chanting "This isn’t over!" and “Stop the steal," supporters of President Donald Trump protested across the country Saturday.

Many Republicans are refusing to accept defeat and echoing Trump’s unsubstantiated allegations that the Democrats won the election by fraud.

From Atlanta and Tallahassee, Florida, to Bismarck, North Dakota, Boise, Idaho, and Phoenix, crowds ranging in size from a few dozen to a few thousand decried the news of Joe Biden’s victory after more than three exhausting days of vote-counting put the Democrat over the top.

Skirmishes broke out in some places.