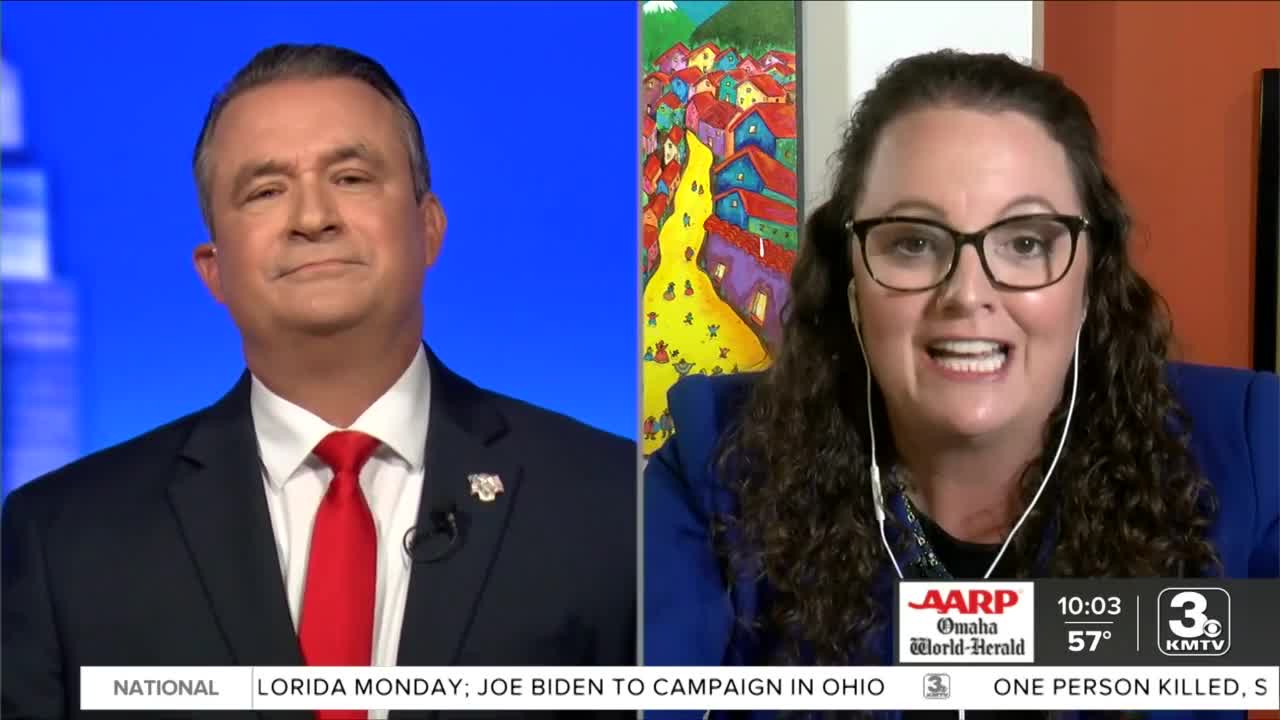 OMAHA, Neb. (KMTV) — Contention has been brewing between Kara Eastman and Rep. Don Bacon as the two, once again, fight for Nebraska's second congressional district.

Eastman and Bacon squared off in a debate on Monday moderated by 3 News Now Reporter Jon Kipper and Aaron Sanderford from the Omaha World-Herald.

Around three weeks before Election Day, Bacon and Eastman took on one another in a debate that started with President Trump's response to the coronavirus.

Bacon praised the President from stopping Americans traveling to China early on.

"Also, allowed the governors and local mayors to take the lead in doing pandemic response, as appropriate for their states and for the cities," says Bacon.

Eastman said she couldn't think of one thing President Trump did well.

"He dismantled the pandemic response unit from the beginning, he downplayed the virus, he knew that this was coming and didn't prepare the United States with the proper PPE," says Eastman.

The two butted heads over healthcare, with Eastman arguing Bacon's vote to pass a Republican healthcare bill took away healthcare from millions of Americans.

"I never voted to take people's healthcare away. I voted to reduce premiums by 20 percent and in that bill, three different times, preexisting conditions were protected," says Bacon.