On Wednesday morning, there was a rumor floating around that there were more ballots cast in Wisconsin than registered voters. As it turns out, that claim is false.

On Wednesday morning, a viral post on Twitter claimed that there were more ballots cast in Wisconsin than registered voters. As the Wisconsin Elections Commission helped explain, that claim is not supported by data.

After the tweet went viral, the Wisconsin Election Commission tweeted an explanation. The election commission said the State of Wisconsin had 3,684,726 active registered voters as of Nov. 1. That is higher than the number of ballots counted so far, which is 3,240,275. 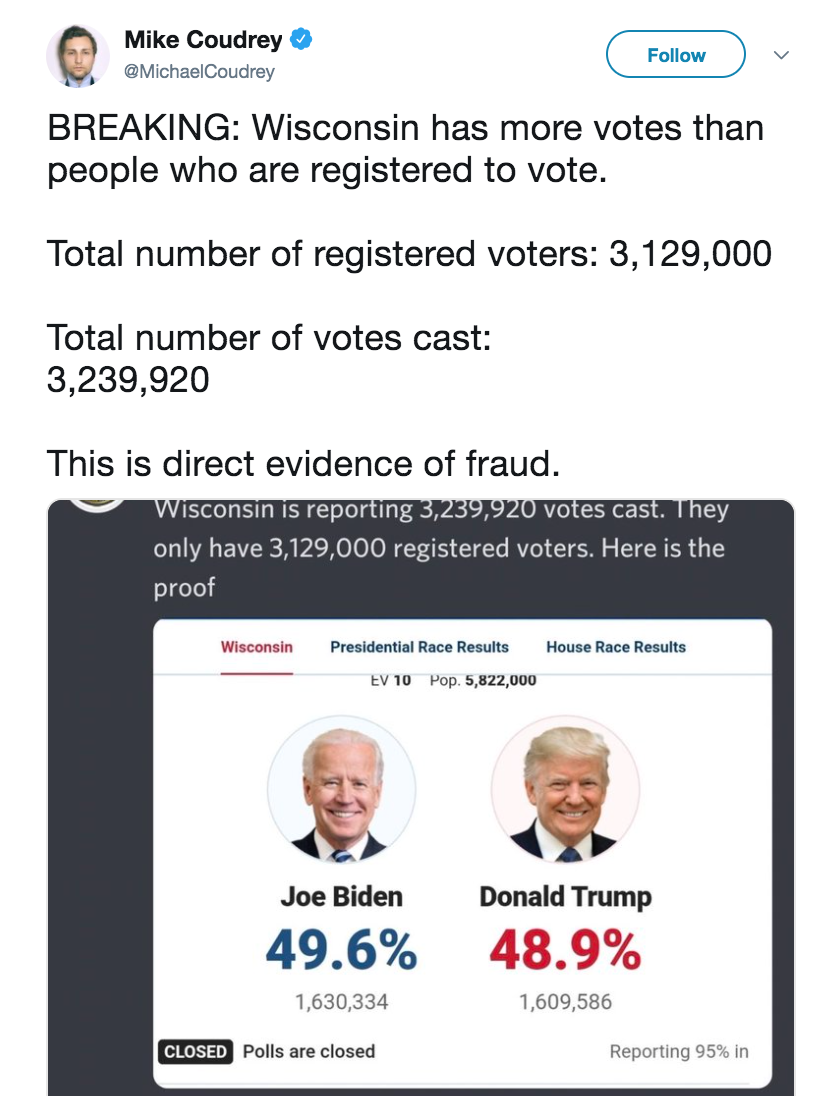 The WEC also pointed out that Wisconsin allows for same-day voter registration, which could further increase the number of total voters.

The tweet with the misleading claim has since been removed from Twitter, as the social media platform says it "is disputed and might be misleading about an election or other civic process."

Wisconsin has election day registration, which means that the VR numbers some counties report in their unofficial results are not a true indictor of registration.https://t.co/3TknriWGI2

This story was originally published by Julia Marshall on WTMJ in Milwaukee.

Your Guide to Elections Track political contributions Know of a voting or election issue? Tell us!