How late is too late to mail your ballot?

Nebraska won't accept ballots after election day, regardless of the postmark. 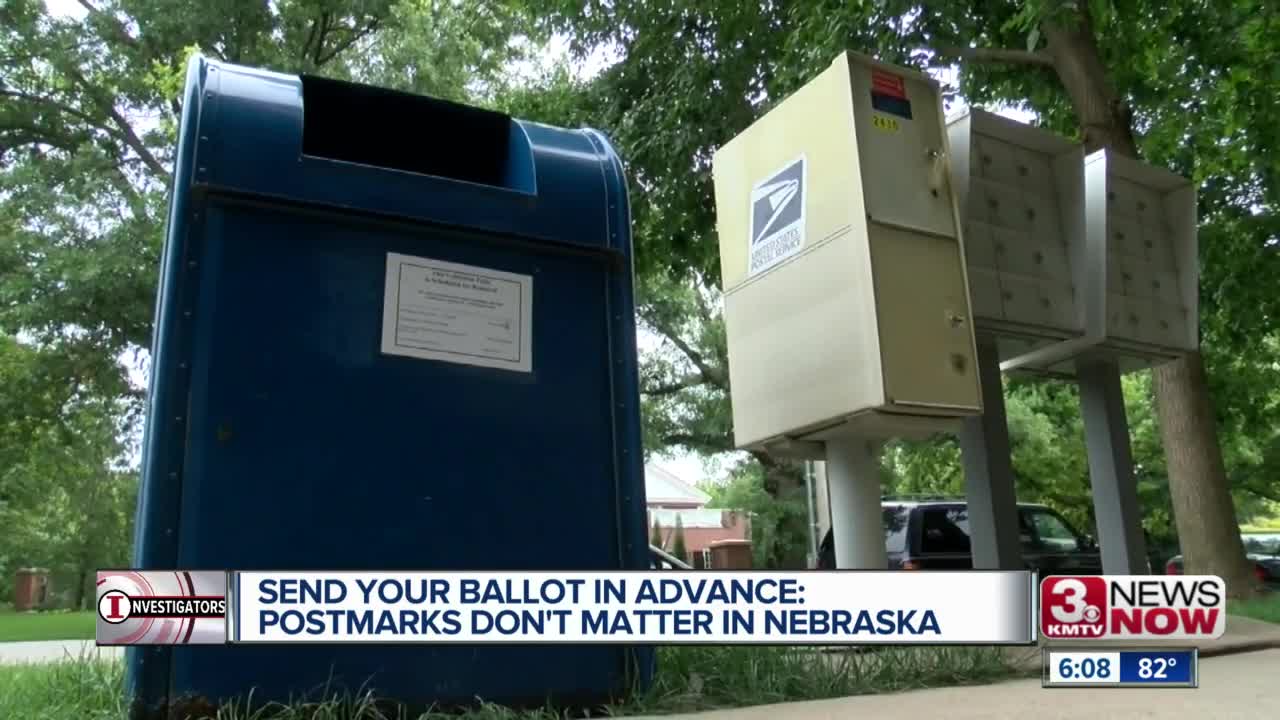 USPS told Nebraska its voters should mail ballots no later than Oct. 27

OMAHA, Neb. (KMTV) — If voting by mail, you might want to make sure it’s sent as soon as possible or consider alternative options if running short on time.

The U.S. Postal Service advised the state that ballots should be put in the mail by Oct. 27, Nebraska Secretary of State Robert Evnen said.

Your ballot must arrive at your election office by the time polls close on Nov. 3. The postmarked date doesn’t matter.

“The results will be known in Nebraska on election night,” Evnen said. “We don’t don’t go by postmarks or a variety of other factors that some other states use that extend the polling period way past election day and therefore affect the results.”

Even if your ballot is postmarked on or before Oct. 27, the day USPS says you should send your ballot by, Evnen says it only counts if received by election day.

You can also use drop boxes or deliver the ballot to your election commissioner directly.

Evnen said allowing ballots received after election day would be a security issue and he would “vigorously oppose” any legislation to extend the period in which mailed ballots would be accepted.

The U.S. Postal Service is in the middle of a funding crisis approaching the 2020 election, which could see the most ballots sent by mail ever because of the pandemic. Mail delivery has slowed in recent months, according to a New York Times analysis.

President Donald Trump said he opposes funding the postal service, adding that the funding would make it easier to vote by mail.

KMTV 3 News Now is partnering with ProPublica to make sure issues with the election don’t go unnoticed. Here’s how to sign up.

3 News Now Investigators spoke with Evnen about several other issues related to the election.

The state tracks whether or not you’ve requested a ballot be mailed to you, Evnen said. If that’s the case, but you show up at the polls anyway, you’ll be given a provisional ballot that wouldn’t be counted if a first ballot had been received.

“There are a number of races in our state...that are decided by fewer than 50 votes,” Evnen said. “So it's very important that we stay on top of this.”

What is ballot harvesting?

“One of the things I want to focus on is whether our laws ought to be addressing the issue of ballot harvesting,” Evnen said.

How many ballots weren’t returned in the May primary?

Fifteen percent of ballots sent weren’t returned by voters in May, Evnen said.

“What happened to them? We don’t know,” Evnen said. “We lose control over the ballot as soon as we put in the mail.”

You can verify online that your ballot has been received.

How common is voter fraud in Nebraska?

“We’ve had a few examples of this over the years,” Evnen said. “They aren’t numerous. But one of the problems with voter fraud is that if it’s effective you don’t know it happened.”