"Not enough people are aware of this": CDC moratorium could stop many evictions

But it doesn't cover the rent payment or late fees. 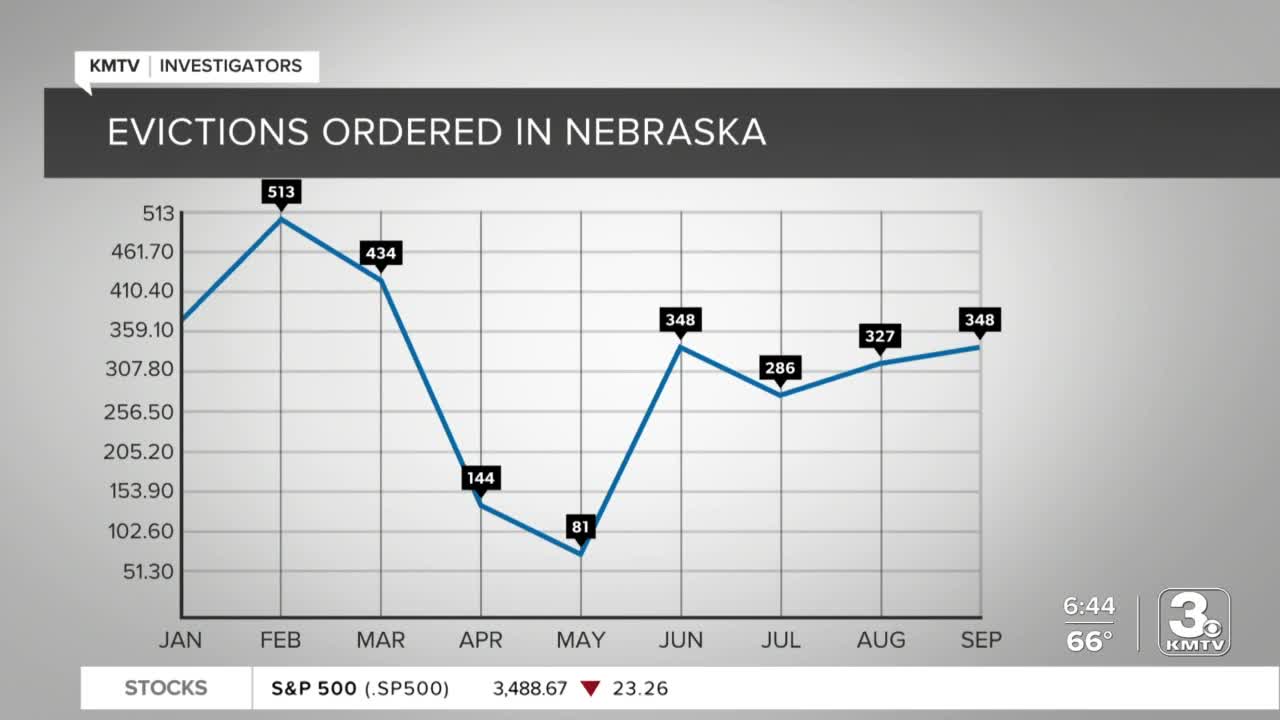 But it doesn't cover the rent payment or late fees.

OMAHA, Neb. (KMTV) — A moratorium on evictions from the Centers for Disease Control and Prevention was put in place on Sept. 4 in an effort to reduce spread of COVID-19.

Lasting through the end of December, the order prevents evictions because of non-payment of rent. It applies to anyone who is unable to afford rent, has attempted to find rental assistance through a program like the Douglas County Rent Assistance Program, and meets other requirements outlined in a declaration form.

"I know for a fact not enough people are aware of this," said Scott Mertz, an attorney for Legal Aid of Nebraska. "I see people still get evicted when we are in court... There are people that do show up to court and just do not know about the CDC moratorium."

Even when it's obvious that the order would apply to an individual in court, it doesn't matter if the defendant doesn't fill out the CDC's form, Mertz said.

"The courts, and certainly not the landlords, are not going to hold people's hands and get them to sign this," Mertz said.

He said Legal Aid of Nebraska has stopped every eviction case that they've used the CDC moratorium on. The vast majority of the time, the case is dismissed.

The moratorium likely could help many who have had their applications denied for the Douglas County Rent Assistance Program, whether that's because they don't meet the requirements or because a landlord has chosen not to participate in the program.

Unlike the rent relief program, the moratorium doesn't require that the applicant has been harmed by the pandemic specifically, only that they certify they've paid as much as they can. The moratorium also has a maximum income of $99,000 for a household of one, compared to $60,900 for the same under Douglas County's program.

Critically, though, the CDC moratorium does not cover rent payments or any late fees. That must be paid eventually.

Despite the moratorium beginning in early September, evictions across Nebraska remained relatively steady in September compared to August. Evictions orders dipped under the statewide moratorium, which lasted trough May. Some remained protected under the CARES Act through late August.

"There was a real concern of a backlog of evictions coming through the courts all across the nation (because of the end of the CARES Act protections)," Mertz said. "Some action was deemed necessary in order to prevent that during a major public health crisis. That's why this order was issued and why it is to be applied as broadly as the CDC could do."

Here's the CDC declaration form in English and Spanish.