Wave of evictions could come as CARES protection ends 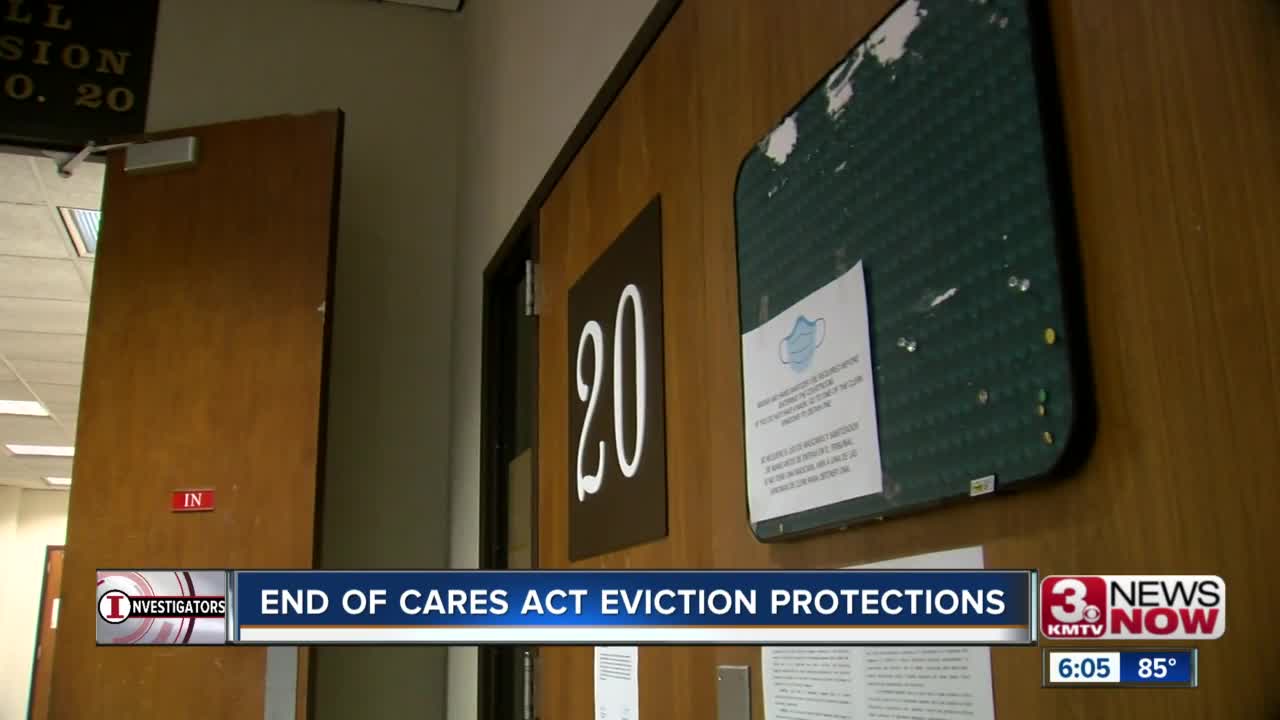 Tenants living in housing backed by federal funds have been protected since the CARES Act passed.

OMAHA, Neb. (KMTV) — Tenants living in housing backed by federal funds have been protected since the CARES Act passed.

But eviction proceedings for those tenants can soon begin.

The CARES Act prevented evictions in covered properties through July 25, plus a required 30-day notice. That 30 days could expire as soon as August 24 for tenants with landlords who gave the notice as soon as legally permitted.

"It put lawyers and landlords on notice that this was the date they could go forward with eviction," Mertz said.

Many are following through, he said.

Mertz said he'll continue to make sure tenants in properties covered by the CARES Act are given the protections it outlines. That includes a stipulation that no fees are tacked on for missed rent.

Even so, it's possible some people who would have been protected by the CARES Act have been evicted anyway.

Many didn't show to defend themselves in their cases. In these cases on Monday, the judge asked the plaintiff's attorney if the property was covered under the CARES Act.

An attorney there said "it's my understanding this isn't a CARES Act property" for multiple cases. With no one there to argue otherwise, that was that.

Mertz said not all judges bother to ask if it is a CARES Act property.

"The ideal would be that there's a uniform process for all evictions across the state," Mertz said, "that everybody is subject to the same laws so they're treated the same way in court...That's just not been what's happening...There's been no mandate from our higher courts."

One category of protected properties is straightforward, Mertz said: properties that receive government subsidies, like public housing and Section 8 Housing.

That's a large group of people who we know have been protected from eviction under the CARES Act. In 2019, about 7% of all evictions in Douglas County are attributable to the Omaha Housing Authority, according to a new local study.

But for properties with federally-backed mortgages, it's difficult to implement the CARES Act protection in court, Mertz said.

"That's harder for anyone to know the answer to," Mertz said. "Certainly the defendant, but even the landlord...They're not necessarily going to know who's backed their mortgage unless they specifically investigated that."

The tenant can't access the information that would reveal it is covered by the CARES Act, other than on incomplete lists made publicly available. And it's difficult to prove that a property doesn't have a federally-backed mortgage, Mertz said.

Mertz also worries that the extra $600 in weekly unemployment ending will also drive eviction numbers up.

Douglas County has a rent relief program that is still accepting applications.