Should body camera video from police be public record? 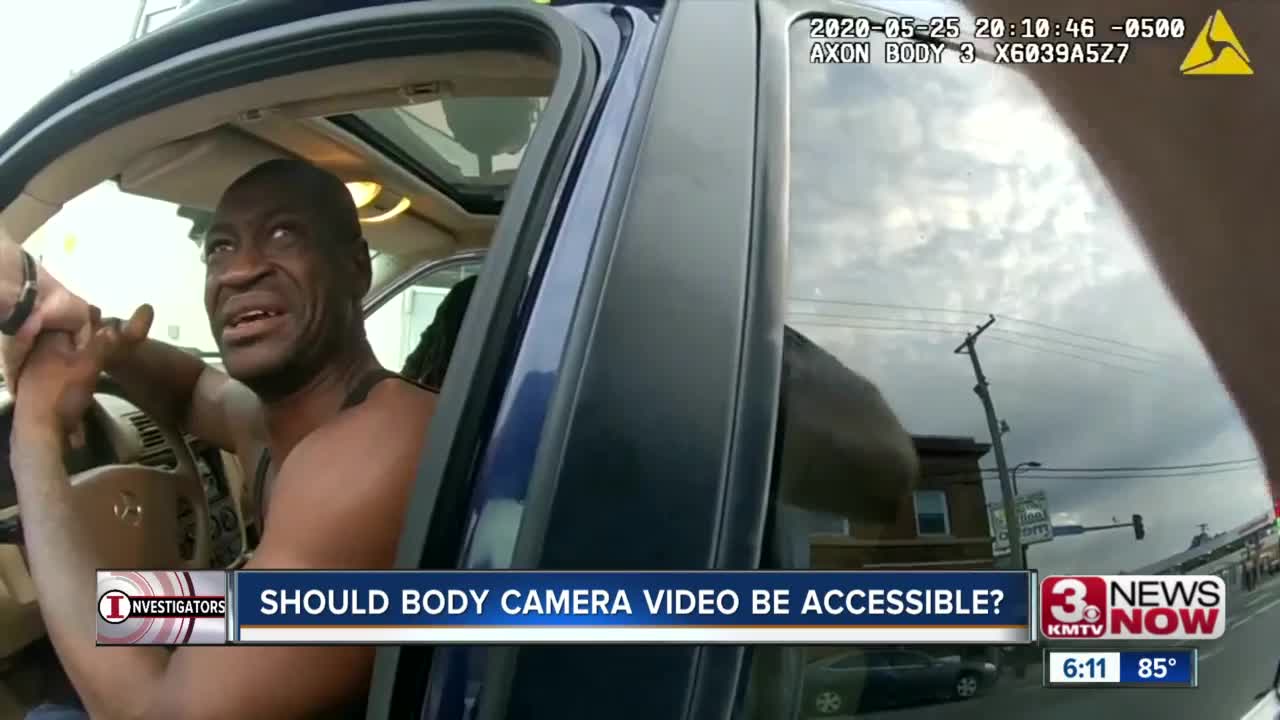 OMAHA, Neb. (KMTV) — Body camera video from the arrest and death of George Floyd in Minneapolis was released publicly for the first time on Monday.

Several news outlets banded together in court to argue for the release of body camera video. Friday, soon after it was leaked, a judge ordered the pubic release of the video.

While body cameras for police have been viewed as a useful tool for increasing accountability for police officers, the public often doesn't have access to the video.

3 News Now Investigators asked for body camera footage from an incident where it appears a protester was hit near the face with some sort of explosive coming from the direction of a line of officers.

The Omaha Police Department denied that request. "Body Worn Camera and cruiser video is considered investigative in nature and is not considered public record under Neb. Rev. Stat. § 84-712(5)."

When asked to discuss the topic of body cameras further, OPD directed 3 News Now to the city attorney's office.

"We have exercised our right to use the exception to the public records act to withhold them from public dissemination," said Bernard in den Bosch, deputy Omaha city attorney.

"There are certainly times...where there are major incidents or whatever else that (the chief of police) may release a portion of body camera video," he said. "But for the most part, I think that's a policy decision that we are going to keep that investigative material confidential in the same manner we treat the other (investigative material)."

Nebraska isn't unique. Twenty-three states have passed laws defining if and how body camera records should be treated as public record, according to the National Conference of State Legislatures. Nebraska isn't one of them.

How those states handle it is different, but those laws provide clarity to how body camera footage should be handled, and often at least provide access of the video to family members or the subjects of the video themselves.

For example, Kansas implemented a law that specifically exempts body camera video as investigative records. But it provides a framework for its release if a court decides it's in the public interest, among other things.

Danielle Conrad, president of the ACLU of Nebraska, said it's not so clear, and that agencies across the state interpret Nebraska's laws differently.

"There's still some murkiness around some of those intersections that I think probably deserve a second look," she said.

Nebraska does have minimum standards for departments that choose to use body cameras. Many agencies don't use body cameras, because they are costly. OPD began using the tool in 2016. The department had spent more than $2 million on the program, mostly funded by the Omaha Police Foundation, 3 News Now reported in early 2019.