EXCLUSIVE: 'Things are getting worse': Health officials warn pandemic could get much worse in NE
News3 News Now Investigators

But there haven't been coronavirus outbreaks there. 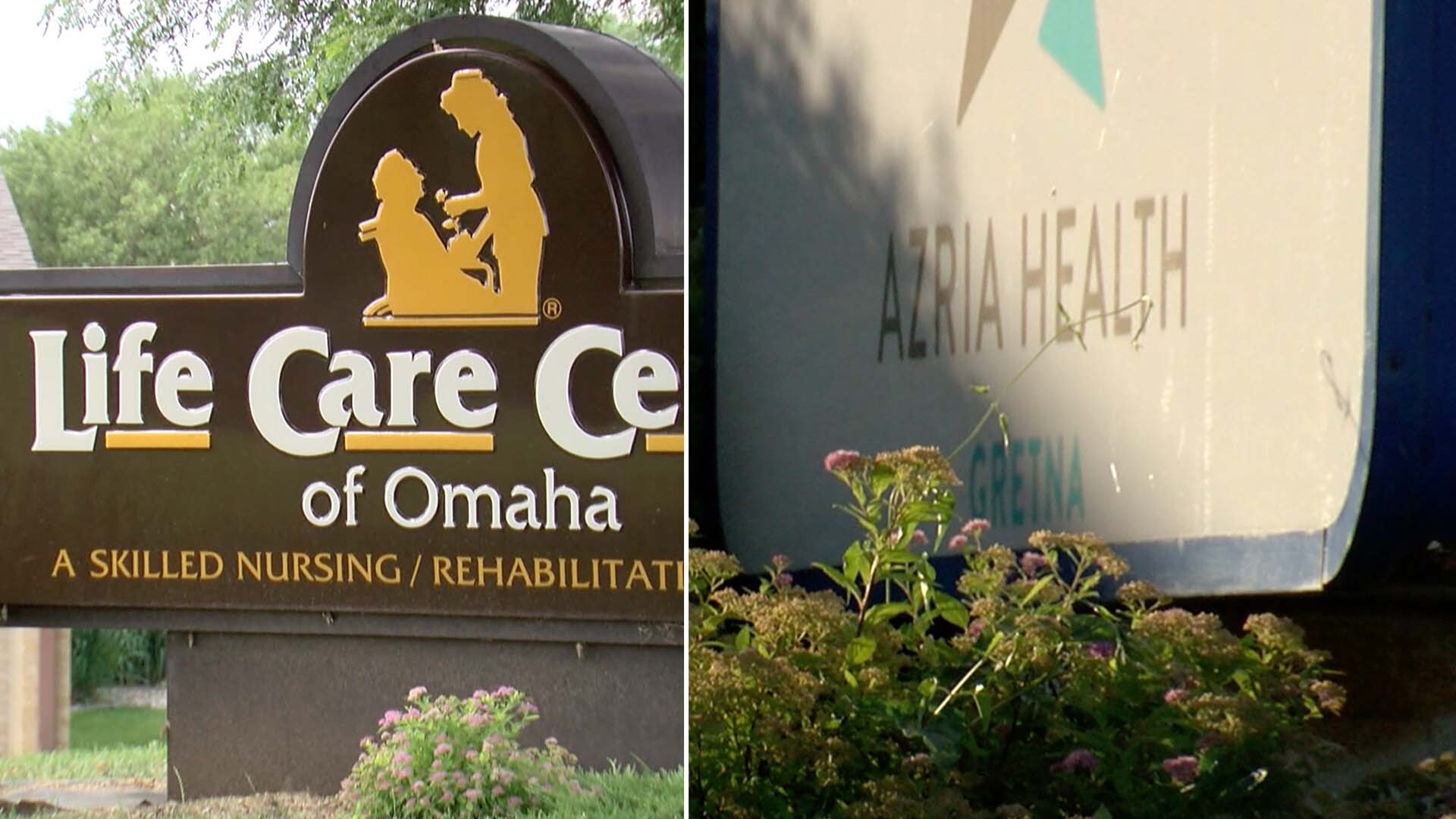 But these facilities haven't had outbreaks

LINCOLN, Neb. (KMTV) — At least three long-term care facilities in Nebraska have been cited by state health inspectors for failing to protect residents from infection since the novel coronavirus pandemic began, 3 News Now Investigators learned after a public records request.

Azria Health Gretna, Life Care Center of Omaha and Good Samaritan Society Bloomfield were required to submit a plan of correction for infection-related citations after unannounced inspections that began in mid-to-late March.

The three are among at least 18 facilities that have had complaint investigations after allegations of failing to control infection or follow COVID-19 guidelines.

But the facilities cited with wrongdoing can say something that some other facilities that weren’t cited after inspections can’t: they haven’t actually had coronavirus outbreaks.

At Azria Health Gretna, no additional interventions to prevent spread of infection were put in place on a resident that was tested until after test results were received.

At Good Samaritan Bloomfield, a doctor visiting residents was not screened for symptoms before entering between March 11 and March 22, according to a visitor screening log.

Life Care Center of Omaha was cited for giving residents antibiotics without identifying what was causing the illness.

The Nebraska Department of Health and Human Services didn’t include all facilities that have been inspected after an allegation. Claiming a public records request exemption, the agency excluded facilities that haven't yet submitted a plan of correction.

At least six facilities that were inspected after allegations also have seen more than ten of their residents catch the coronavirus, but were not cited.

Ridgecrest Rehabilitation Center in Omaha has had 24 confirmed COVID-19 cases in residents and nine in staff as of June `14, according to data it provided to the Centers for Medicare & Medicaid Services. Inspectors investigated off-site in April, and found nothing wrong. When asked Thursday to confirm the case count or provide an update, an administrator said, “I don’t have to talk to news stations and we are not commenting.”

Carter Place in Blair had at least 13 positive cases in residents in the early weeks of the pandemic. Three Rivers Public Health Director Terra Uhing said in late March that the facility didn’t notify her of symptomatic residents. Community gatherings allowed the spread of the disease inside the facility, she said. The facility was the subject of a 3 News Now investigation. DHHS held an off-site inspection on March 30 and found they did protect residents from infection.

Another inspection was held at Carter Place on April 14, this time in person, according to the records 3 News Now obtained. It also found that the facility protected residents from infection. Carter Place has no active coronavirus cases, a spokesperson said Friday.

At Life Care Center of Elkhorn, there have been 13 COVID-19 deaths among 73 residents that tested positive for COVID-19, according to CMS data as of June 14. Twenty-nine staff members tested positive.

An inspector visited unannounced on May 18, after the outbreak began, and found no wrongdoing related to infection control or COVID-19. The inspector did cite the facility for failing to provide baths to residents. Life Care Centers of America has not responded to an email sent Thursday looking to confirm or update their COVID-19 case numbers.

The Douglas County Health Center, Westfield Quality Care in Aurora and Gold Crest Retirement Center in Adams each had more than 20 coronavirus cases in residents, but also were not found to have infection control issues in inspections.

An Azria Health Gretna spokesperson said they’re proud of the work they’ve done to protect residents from infection. On Tuesday, the facility had another inspection that found nothing wrong, the spokesperson said. They have had one staff member test positive earlier this month. All residents tested negative after that.

Good Samaritan Society in Bloomfield has not yet responded to a request for comment, but they reported just one case as of June 7, in a staff member, in data they submitted to CMS.

A Life Care Center of Omaha spokesperson said there’s never been a positive COVID-19 case in the facility and the facility is following infection control policies from local, state and federal agencies.

DHHS released 13 complaint investigation letters from inspections that began in April or later. None ended in citations for infection control or COVID-19 related issues.

In response to a CMS directive, DHHS will inspect each skilled nursing home for COVID-19 issues before July 31, said DHHS spokesperson Leah Bucco-White. On Friday, about 60% had been completed, according to Connie Vogt, the long-term care facility program manager for DHHS.

The records obtained are included below, except for the Life Care Center of Elkhorn, which was obtained separately and is here.