The future (and present) of rural health care is telehealth 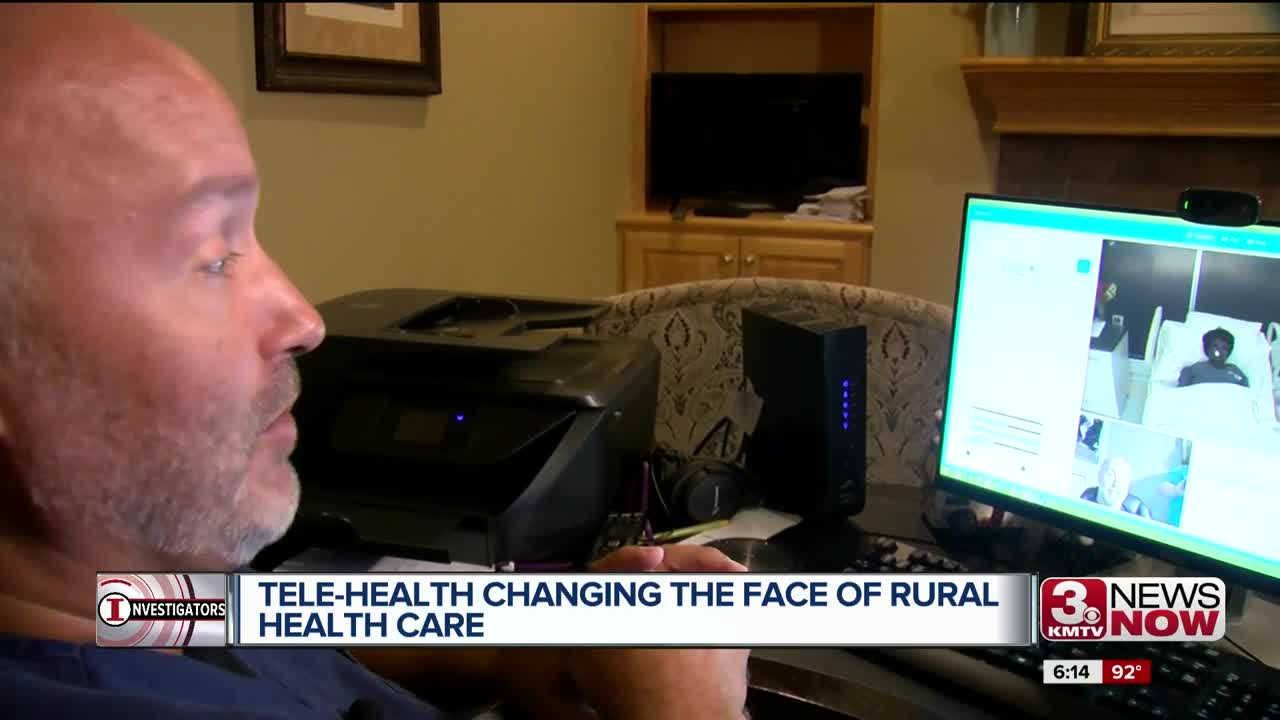 OMAHA, Neb. — The 3 News Now Investigative Team is delving into rural health care in Nebraska in a multi-part series. The series profiles rural critical care facilities and looks into their struggles and triumphs. Last week, we focused on OB services.

While Dr. Brandon Essink watched his son's Bennington Middle School football game on Tuesday evening, he was also on call at several rural hospitals across the country.

He looked at medical charts on his phone from the stands of Plattsmouth's football field. He could have been on a video conference in an emergency situation nearly instantly.

While vacationing in Brazil, he held sessions with his patients in the U.S.

"We’re told that by patients, 'I forgot that you weren’t standing here,'" he said.

Telemedicine doctors are especially helpful when a hospital lacks a particular specialist. That was the case for Carol Case, who battles several health issues, including losing half her foot due to an infection. She needs several specialists for the best possible health care.

"There were weeks where I might have four medical appointments in one week," Case said. "If I had to travel out of town for each one of those, I probably would have had to make choices on (which health issues) I would focus on."

"That's why I wanted to do (telemedicine)," he said, "so I can keep practicing in rural medicine. But I also wanted to help to prevent burn out, because I got burned out doing it."

He's licensed in Nebraska and other states. One moment, he could be assisting a patient in Georgia, then in Nebraska soon after.

"I can move the camera around," Essink said. "I can zoom right into their face. Very specific." He has a 360-degree view of the hospital room.

"Surgeons will be able to remotely do surgeries with ease," Essink said.

Telemedicine was a topic of discussion in the Nebraska Legislature earlier this year.

"That's something that a doctor can safely prescribe that you don't need to do in a doctor's office," she said. "You can take that at home."

Hunt said it would give women the opportunity to have personal conversations in the comfort of their home and avoid traveling across the state, which would delay the abortion.

"The more options we can give people for safe, effective care, which is telemedicine for abortion, the better," Hunt said.