With assistance, 2020 saw fewer area evictions than 2019. Will that trend continue? 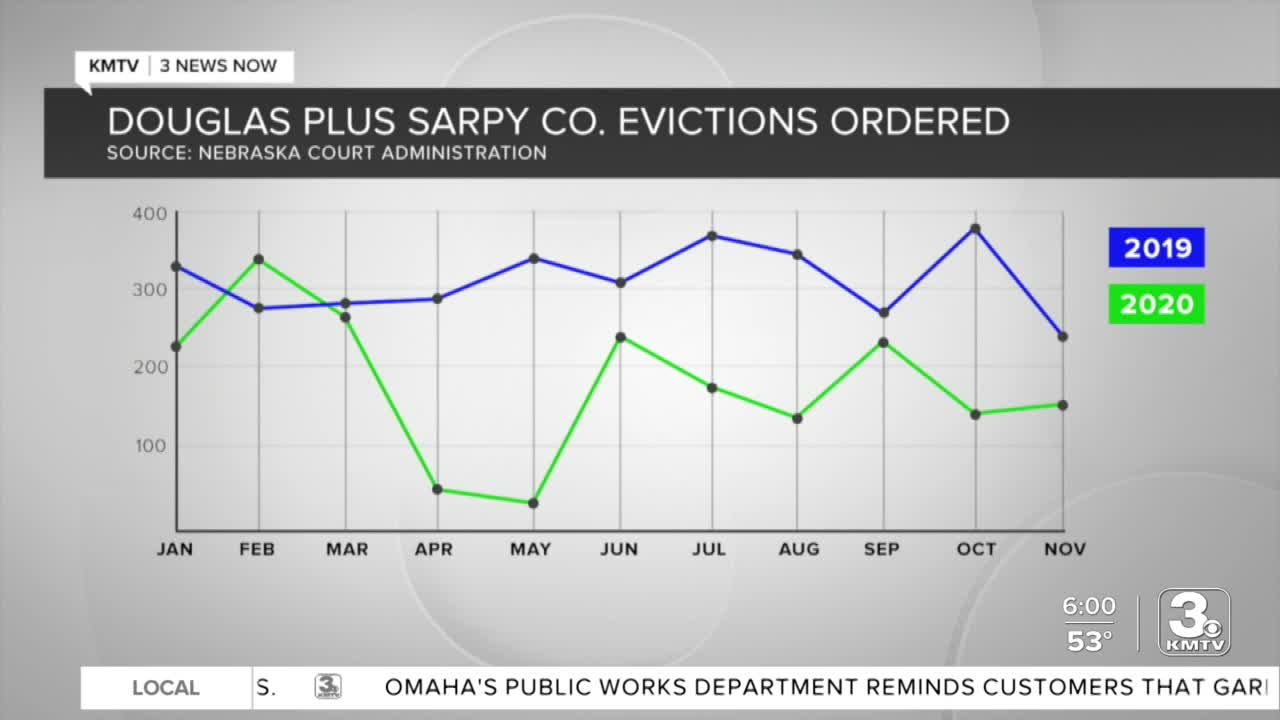 OMAHA, Neb. (KMTV) — For each month since March, Douglas and Sarpy counties combined have seen fewer evictions compared to the same month a year earlier, according to data provided by the Nebraska Judicial Branch.

Eviction moratoriums and assistance programs appear to have been effective enough.

The latest stimulus bill will help some, with payment and an extension of the CDC moratorium on evictions by a month, until February. That moratorium should prevent the vast majority of evictions but not enough people are aware of it, said Scott Mertz, an attorney with Legal Aid of Nebraska. It also includes unemployment benefits. CARES Act unemployment benefits were set to expire Dec. 26.

Read more: "Not enough people are aware of this": CDC moratorium could stop many evictions

Mertz said if programs aren't extended further, he fears a spike in evictions would come.

"We're going to see a huge spike in the numbers that really can't be addressed with our staff and the courts (if programs aren't extended)," Mertz said. "I mean, if 100 people get sued in one week for evictions, the courts are going to hear those cases, but there is a question on whether they should."