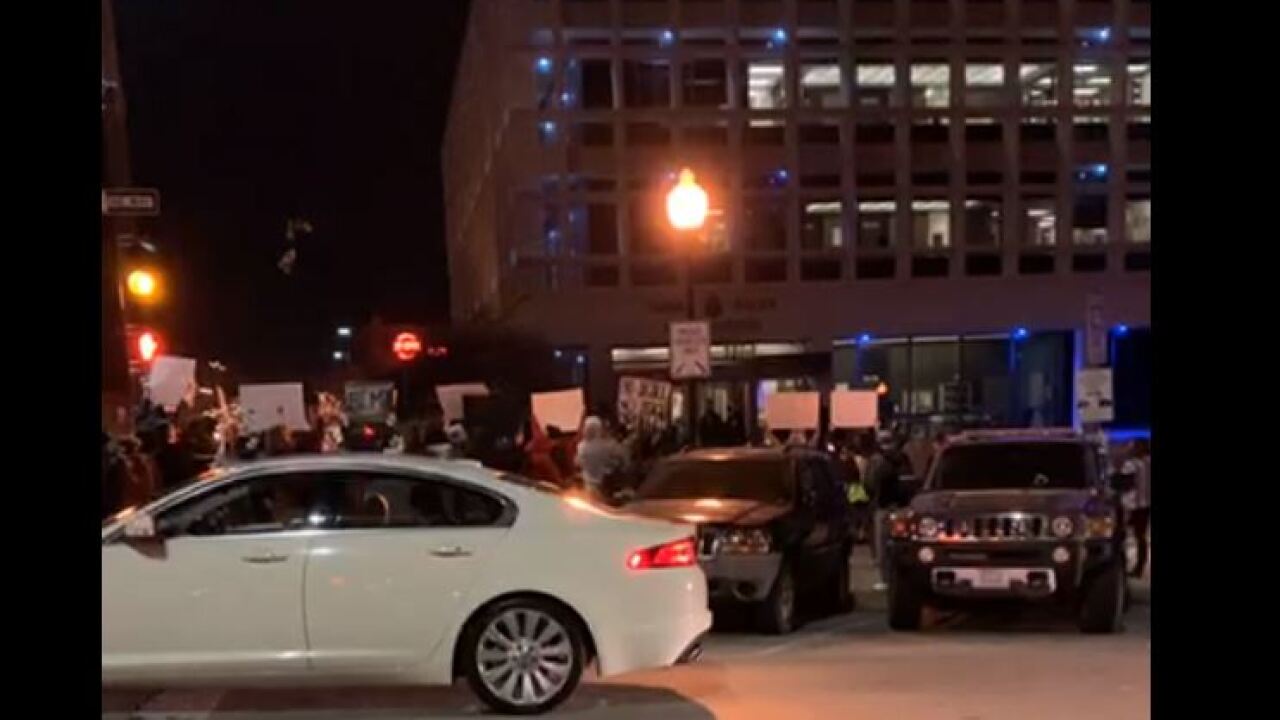 Earlier reports said that rocks were thrown by protesters. The Omaha Police Department issued a statement saying that eggs were thrown.

OPD STATEMENT ON LAST NIGHT’S PROTEST: 5 arrests were made. I spoke with one woman who was arrested, then cited and released. She said she was only trying to see what was going on. Looks like it was eggs that were thrown. Another protest is scheduled for tn. FULL STATEMENT: pic.twitter.com/yPlnjwfKIP

UPDATE:
Around 8:30 p.m. Friday, the Omaha Police department began arresting protesters when they began throwing eggs outside the police station. By 8:50 p.m. police declared the protests an unlawful assembly.

BREAKING: OPD has now declared this an unlawful assembly. Multiple arrests have been made. pic.twitter.com/LlCEO8JmQH

Jones was fatally shot Thursday night after what OPD said was a routine traffic stop. ProBlac organized the demonstration and said that they're goal is to hold the police department accountable.

Ruta is providing updates on social media as the situation develops. Watch videos below or visit our Facebook page.