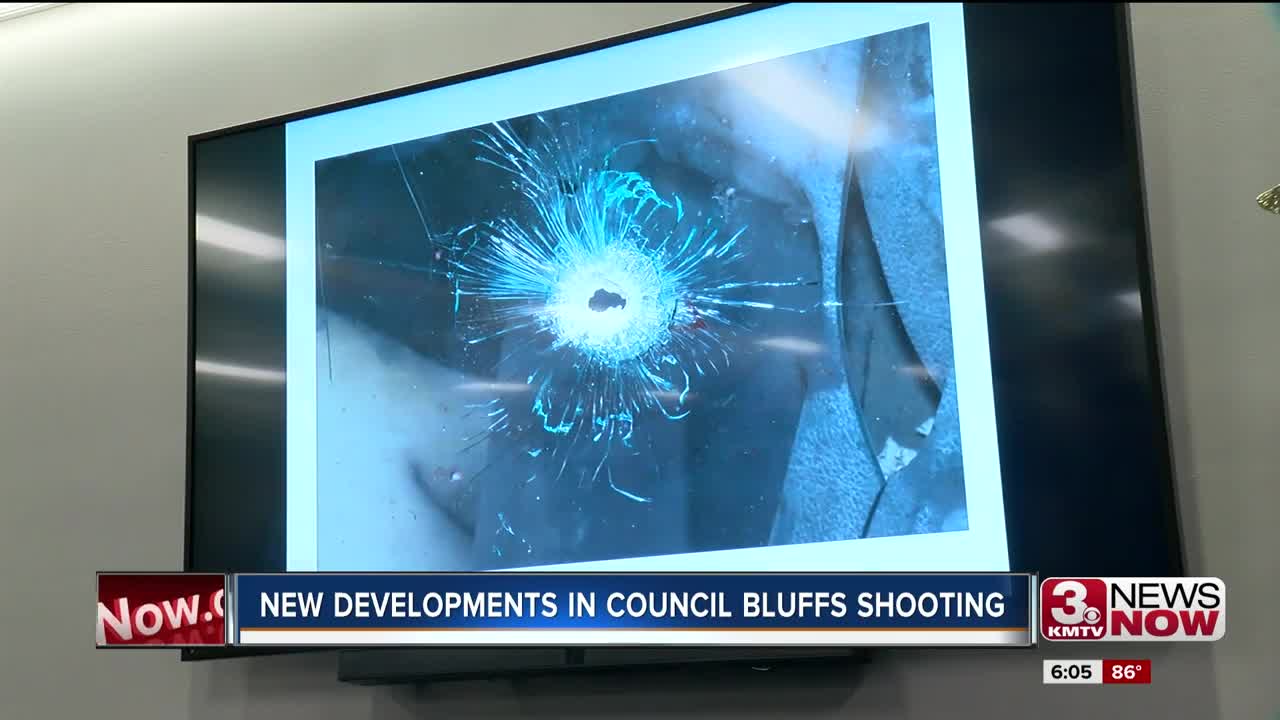 COUNCIL BLUFFS, Iowa (KMTV) — New developments have been revealed about the deadly pursuit and officer-involved shooting in Council Bluffs.

Pottawattamie County laid out their case on Monday about the incident with Troy Petersen and April Montello-Roberts, who led police on an early morning chase on Wednesday around 2:15 AM.

Petersen and Roberts allegedly killed two men, Jerrot Clark, 52, and Steven Carlson, 51, in separate incidents leading up to the shooting.

Police, at the time of the chase, had no idea they were murder suspects, but were conducting a routine traffic stop on Juniper Road near County Road L34.

After the Dodge Ram refused to stop, Roberts led police on a chase while Petersen fired shots at officers from the passenger side window. Police lost the pick up truck at the fork on Railroad Highway.

Another set of police spotted the vehicle driving south on Railroad Highway, where a second pursuit began. As they made their way up Indian Road, Roberts, who was driving, took a sharp turn in a residential area, causing the truck to tip over onto its passenger side.

About 25 officers quickly responded to the scene after the Roberts and Petersen crashed on1443 Indian Hills Road.

"About within a minute of the truck tipping over, a notification goes out to the communications center that we have a hostage situation," said County Attorney Matthew Wilber.

Petersen held a gun to Roberts' chin once they crashed.

Officer Damrow was one of the dozens of officers to respond. He came as part of the SWAT team, with 9 and a half years of police experience under his belt. He was assigned to handle the sniper during the incident, but didn't use it for the first 45 minutes while on scene.

"Some discussions went on about the team members, about whether or not this was a legitimate hostage situation. They were initially concerned about that. Asking why she did not appear to be that scared, was number one. That they sometimes appeared to be joking with each other. That at one point he moved he had a rifle under her chin," said Wilber. He also added that they were unbothered and seemed pretty comfortable will each other, smoking cigarettes together and Roberts caressing his head.

After 45 minutes, Damrow said Petersen didn't seem playful anymore.He then held the gun to Roberts head. Later in the investigation Roberts told police he asked her if she would die for him. Damrow then knew there was a legitimate threat, and then fired his sniper.

"One round went through the windshield, entered the back of Mr. Petersen's head and exited through the right temple area, immediately incapacitating him. Officer Damrow said, complete with our general protocol, after the shot was fired, he put a new round into the chamber, got back on the scope and he could observe that Mr. Petersen was slumping, and at that point he took his hands off the trigger off the rifle, took a deep breath and as far as he was concerned his involvement was concluded," said Wilber.

The county said they will not be filing criminal charges against Officer Damrow, and found he used deadly force because absolutely necessary. Damrow said, "I felt like he was going to kill her right there if I didn't do anything, she was going to die."

Chief Deputy Jon Jacobmeier said Damrow's observations and analysis of the situation lined up with other officers on the scene. "I'm so proud of our officers and the deputies that were involved and the DCI agents, and how everyone came together to package this and put it together as efficiently as they did. I'm thankful that they're safe. This maniac was out trying to kill people, he did kill people, and thankfully our officers and deputies weren't hurt," said Jacobmeier.

Roberts was escorted out of the drivers side window after Petersen was struck. She was taken to the hospital to make sure she was not injured, and then to the station for questioning.
If convicted, Roberts faces life in prison and several felony charges including two first degree murder charges, two robbery charges, and two charges of attempted murder of an officer.