Bernie Sanders and Alexandria Ocasio-Cortez kick off their Iowa tour

The two will be visiting multiple cities in Iowa 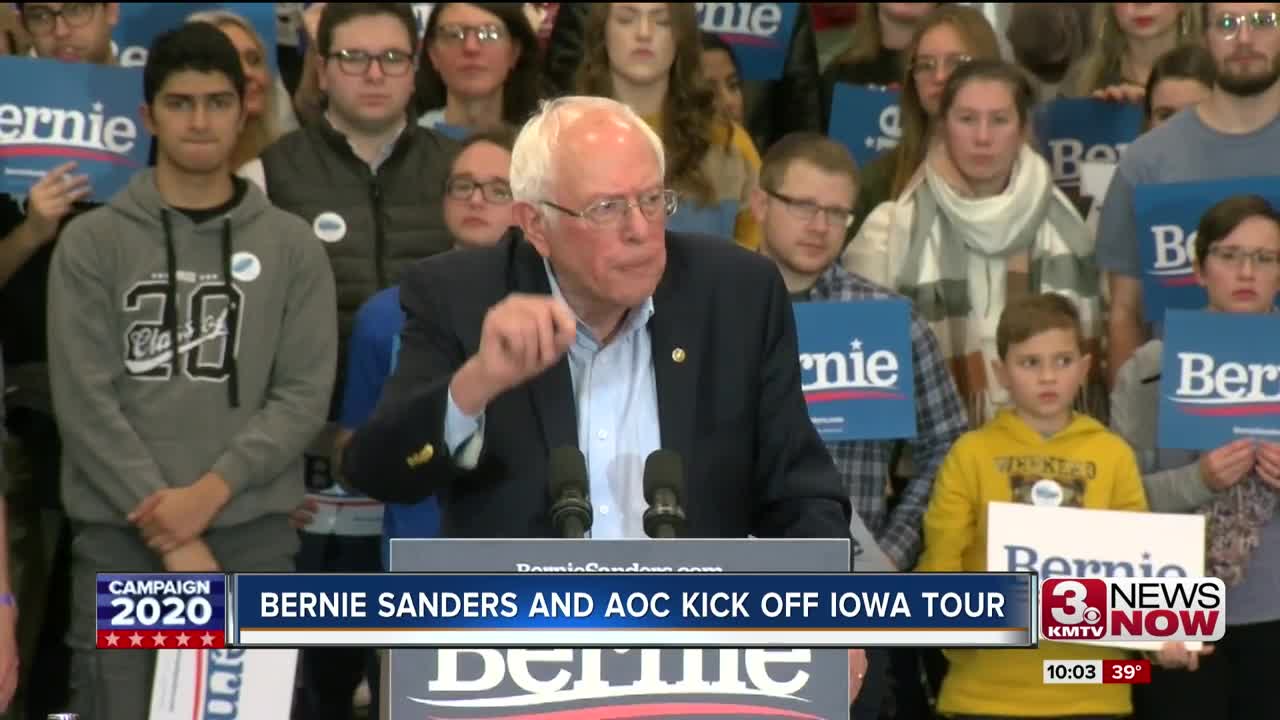 COUNCIL BLUFFS, Iowa — The 2020 Iowa Caucuses are three months away. The 2020 election is eleven months away. Presidential hopefuls are turning to star power to sway voters. New York Congresswoman Alexandria Ocasio-Cortez joined Sanders for a rally in Council Bluffs on Friday. The two politicians looked to appeal to the Iowa audience.

"Thank you all for being a part of this political revolution," Senator Bernie Sanders said.

"This is the first time in my life in Iowa," Congresswoman Ocasio-Cortez said at the rally.

She'll be joining Sanders for the remainder of the Iowa tour.

Sanders has recently suffered a heart-attack. Many questioned if he was healthy enough to continue his presidential campaign. His supporters at the rally had no doubt that he'll only become stronger.

"You tell me how every other developed country has affordable healthcare. Don't tell me we can't do that in the United States," Senator Sanders said.

Sanders will be in Des Moines and Coralville in the coming weeks, as they continue their presence in Iowa. The 2020 Iowa Caucuses are February 3.