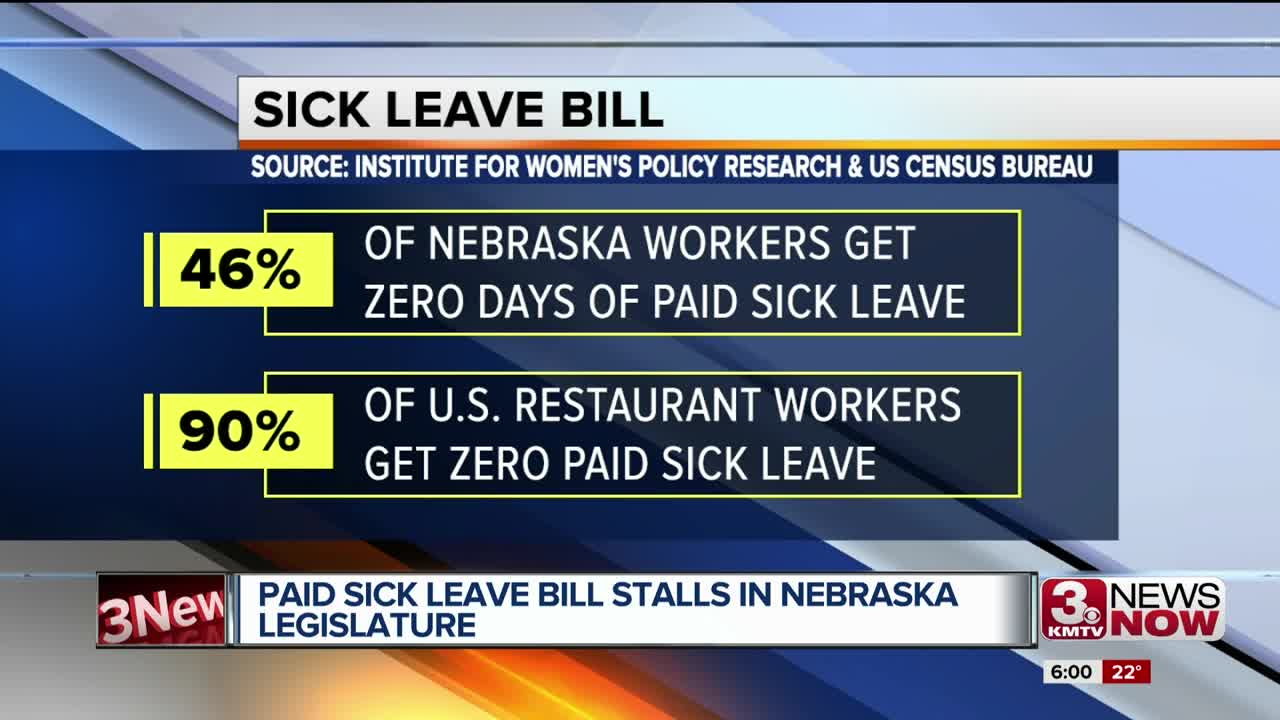 LINCOLN, Neb. (KMTV) — It's a bill that polarized the Nebraska Legislature. The legislation would be for both part time and full time employees and require businesses to give one hour of sick leave for every 30 hours worked, up to 40 hours a year.

Almost every business in the state would be required to give that paid time off, and it would exclude employees who help out for just a few weeks.

Senator Ben Hansen of Blair did the math and said one employee alone would cost business owners over the course of a decade.

"This could come out to almost 25-thousand dollars over the course of ten years for a small business owner. Those are real world numbers I think we need to think about,” says Sen. Ben Hansen.

Others say with low unemployment and rising wages, business in Nebraska is good and the state shouldn't mess with it.

"To interfere by artificially replacing requirements among businesses, I think we need to be careful about that. There needs to be very strong evidence that this needs to be done and I don't see that,” says state senator John Lowe.

But supporters say the evidence is there, with over 46 percent of Nebraska workers receiving no paid sick days right now, according to the Women's Policy Research. The restaurant industry is hurt even more, with around 90 percent of workers getting zero sick days, according to the data from the US Census Bureau.

"This is a bill to speak for those that have no voice in our workplaces and it's important that we step up to the plate,” says senator Sue Crawford.

Those against the bill say many business owners already give employees sick days or at least, make informal deals with them to keep them happy. Bob Hallstrom with the National Federation of Independent Businesses says they want to keep the system as is.

"Small business owners are typically very flexible in trying to meet the needs of their employees,” says Hallstrom.

But some say that just doesn't happen.

"There's going to be many businesses in Nebraska that don't take care of their employees unless the law requires them to do it. That's why we pass laws in this body, to ensure that ethical business practices are being followed by employers,” says Sen. Megan Hunt.

Just 18 of 49 senators voted to end debate and vote for the bill, likely sidelining it this session. Senator Sue Crawford says it'll keep coming back until it passes.