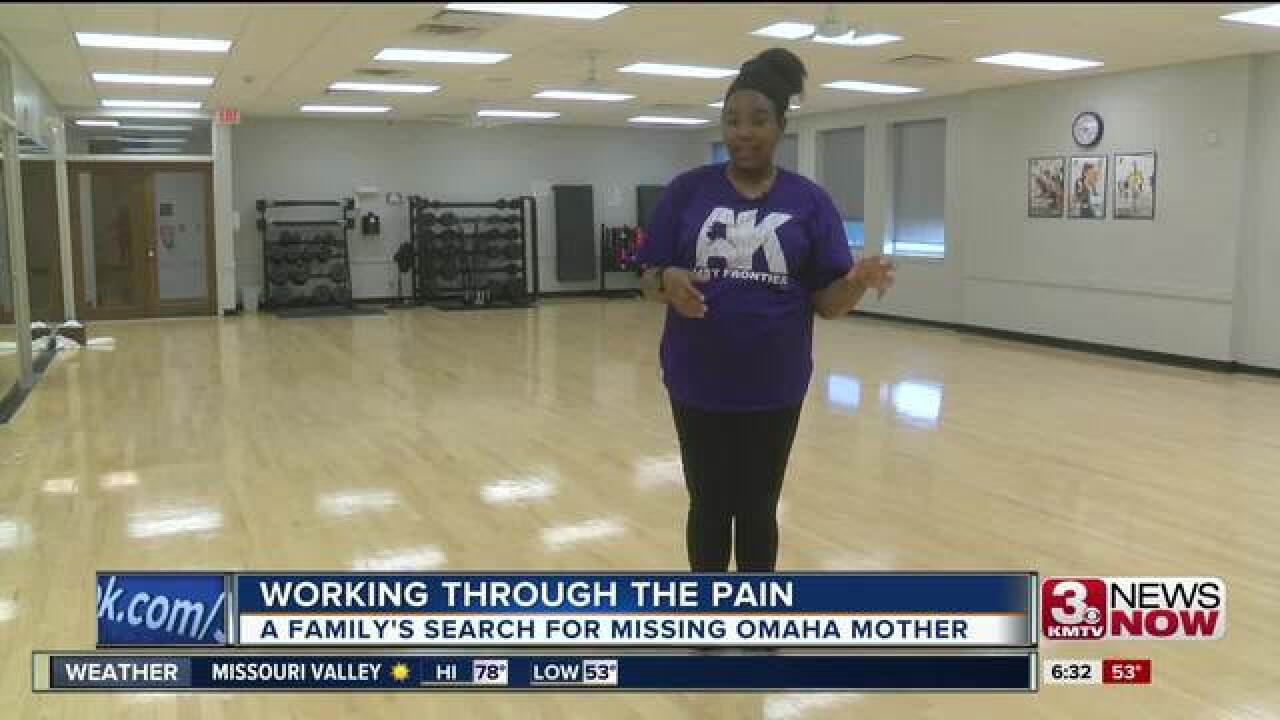 The family of a missing mother is doing everything they can to keep her story alive until she’s found.

“There’s been a trace of nothing as if she literally vanished in thin air,” sister Cece Hollis, 26, told 3 News Now.

Currently, Camisha Hollis’ longtime boyfriend and father of their three children is behind bars for child abuse charges.

He’s accused of giving medicine to put their kids to sleep the day Camisha disappeared.

He has not been charged with the girlfriend’s disappearance.

It shows a kettle bell and barbell with the words, “My sister is my strength.”

Cece Hollis feels stuck between hoping for the best and fearing the worst with each passing day.

Part of her feels like it’s done, she was hurt, she said.

Then there’s the other side.

It was announced earlier this week that the FBI is assisting Omaha Police with the search.