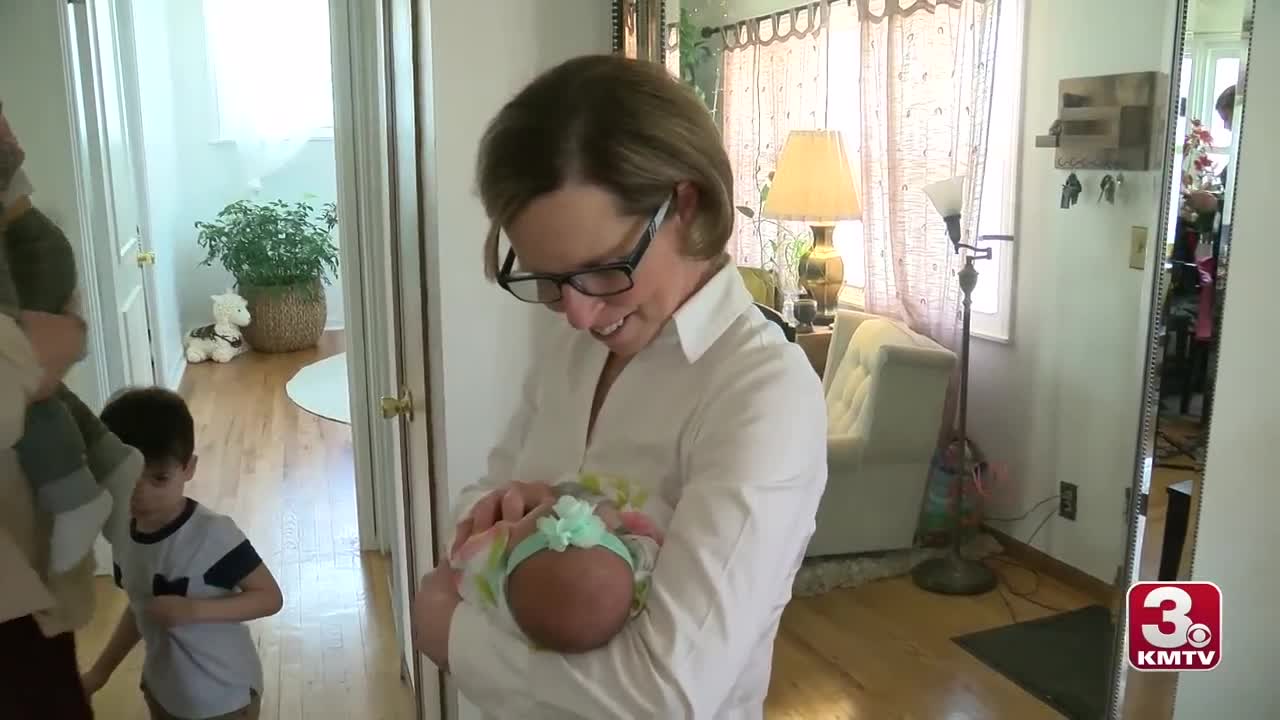 On Monday we brought you the story of Cecile Eledge, the 61-year-old woman who stepped up to the plate and offered to carry her son and his husband's baby through pregnancy.

We touched on how baby Uma came to be and how the family is doing now. But what about the process behind having a healthy baby, how hard is it for a 61-year old to do this and how common could this be in the future.

"Prior to this case the oldest patient that I've delivered was 52 so it's extremely rare for people over the age of 50," said Dr. Carl Smith, a Maternal-Fetal Medicine doctor for Nebraska Medicine. Dr. Smith was one of the doctors who saw Cecile during her visits to Nebraska Medicine.

"Cecile was in great shape and looked much younger than 61 and all of that made it relatively easy to care for her," Smith said.

"It was such a good fit for our situation and the way they took care of us," Cecile Eledge said. "You could tell they had our best interest at hand."

Specializing in complicated pregnancies, Dr. Smith and his team understood the risks associated with an older patient. But this pregnancy wasn't strenuous from their standpoint.

Why was Cecile's pregnancy such a success? Dr. Smith says that can be attributed to her stellar health.

"It's huge," Smith said. "We know that patients who are physically fit have shorter labors, have easier labors, they have easier pregnancies and they tolerate the stress of pregnancy really well. So the fact she took care of herself is a huge benefit."

"My mom is a freak about nutrition," said Matthew Eledge, Cecile's son and Uma's father. "She's always been really good. We always tease her that she gets up and runs five miles a day and always eats healthy."

So is Cecile the start of a trend for the next generation of grannies? Dr. Smith says to hold your breath on that one.

"I would stop short of recommending pregnancy for a 60 year old," Smith said. "She in fact was a healthy individual that made caring very easy. That isn't true of all 61-year-olds."

With the pregnancy journey over, Cecile can focus on her next journey, spending quality time with her grandchild.