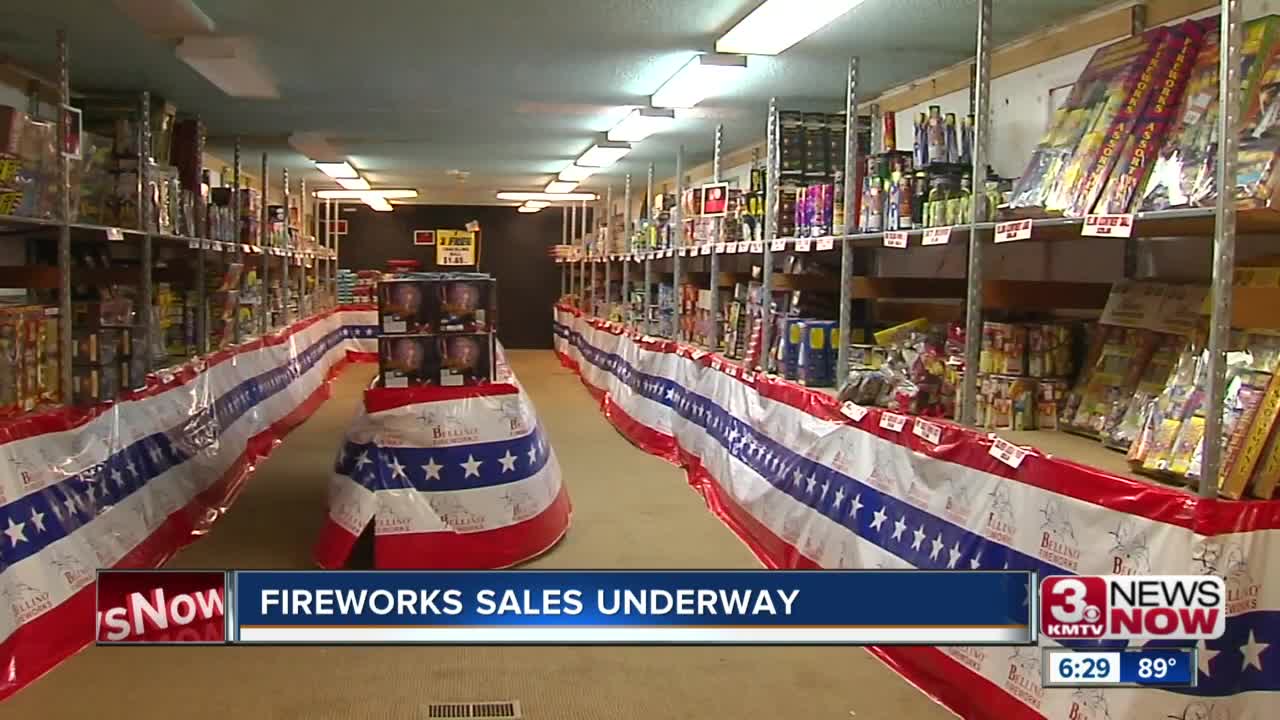 What sales have been like for one vendor that opened this morning and expected impact of COVID-19 on the fireworks stand.

GRETNA, Neb. (KMTV) — The Fourth of July is right around the corner and in some towns, firework stands are starting to open.

One Wild Willy’s fireworks stand in Gretna opened at 9 a.m. on Thursday.

“It has been steady, I would say," said stand manager Angie Perkins. "It’s nice having the neighborhood back here behind us and then being just off the main highway. We’ve been pretty steady to far. So far, so good.”

They say there was initially some concern that the ongoing pandemic would prevent some products from being made, but luckily many of the yearly favorites are still there.

“We have all of the favorites that we’ve had from years past," Perkins said. "We have the snaps and the tanks and all the little stuff that the kids love; we have all of those things.”

Perkins, who manages the stand, belongs to the Gretna Soccer Club. Ten percent of the proceeds from the stand go to the club, so she is hoping to send home a lot of fireworks over the next 10 days.

“We do have a really great community that wants to just give back, so we’re super blessed here."

Along with the community support and a central location in Gretna, Perkins said the ongoing pandemic may actually work in their favor.

“With this being really the first outdoor event that people can participate in after Memorial Weekend, we’re hoping that this is going to be something that everybody kind of gets excited about,” Perkins said. "We’ve heard from Wild Willy’s that they’ve had an increase in sales in other states that have opened before us, a tremendous increase. So we’re super hopeful.”

While you can buy fireworks in Gretna, you’ll have to wait until the 28th in other parts of the Omaha metro area. And some of those areas also have restrictions on when those fireworks can be discharged. You see see what restrictions are in your are here.