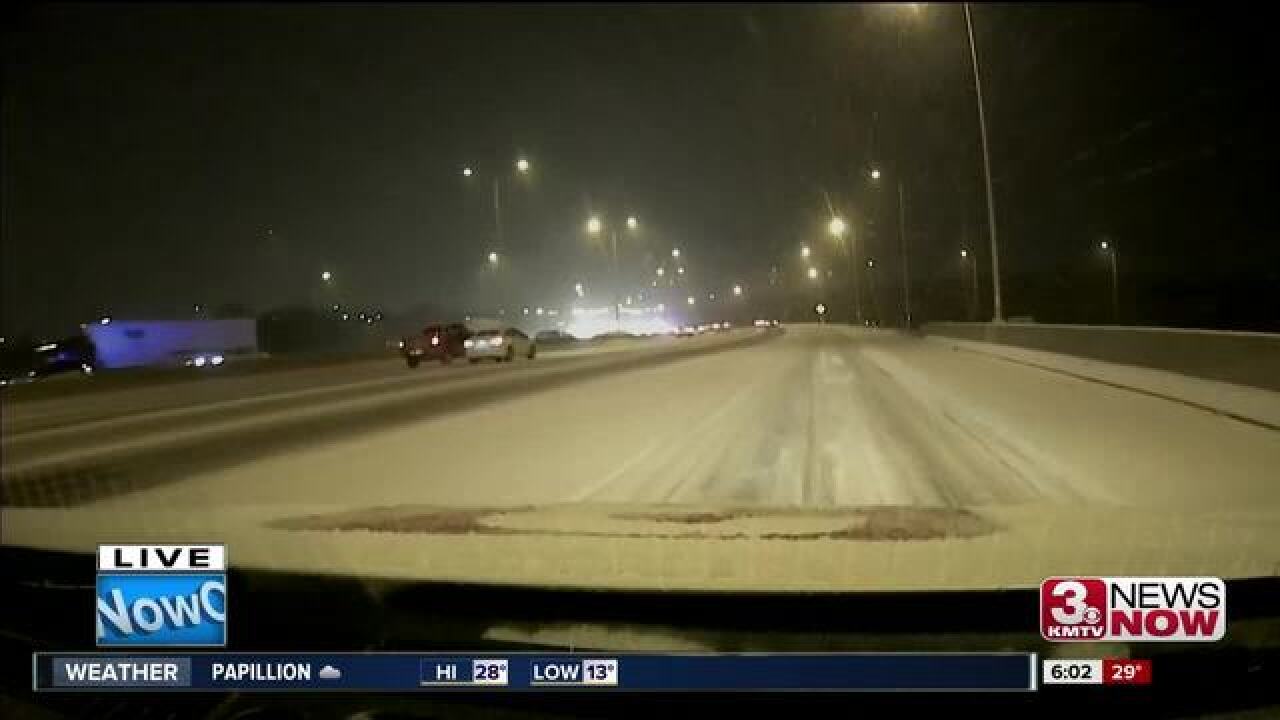 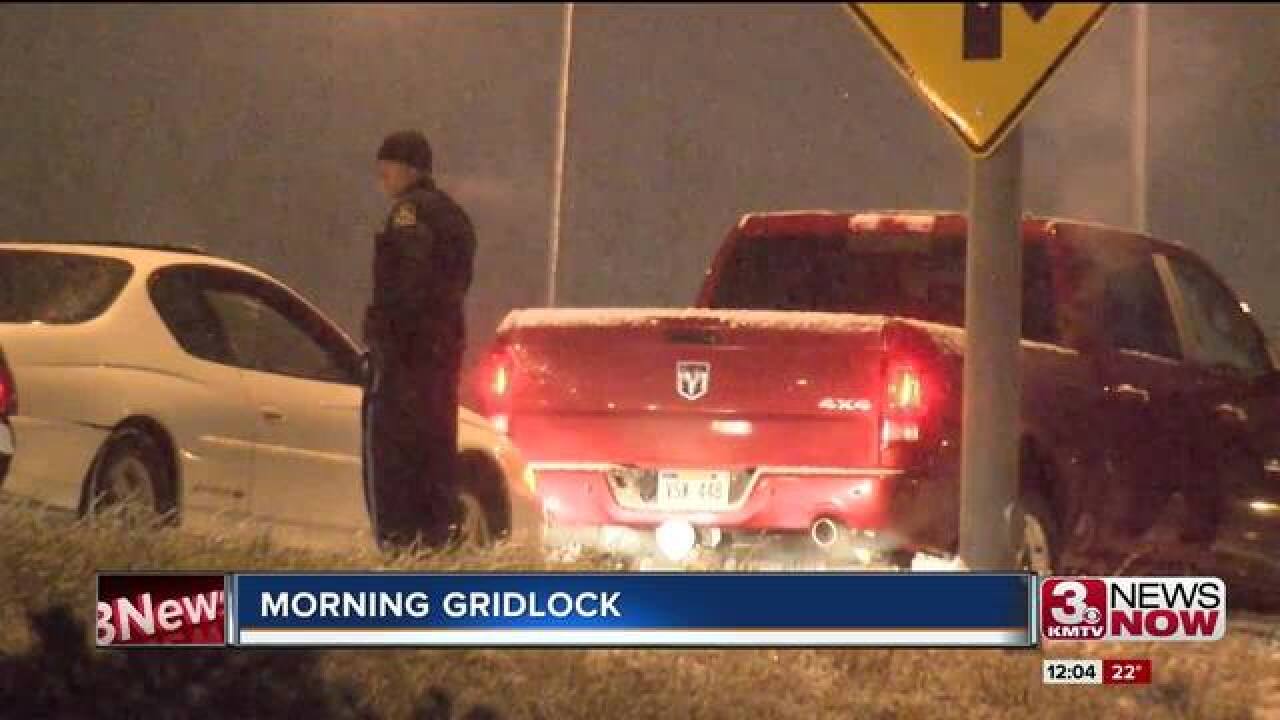 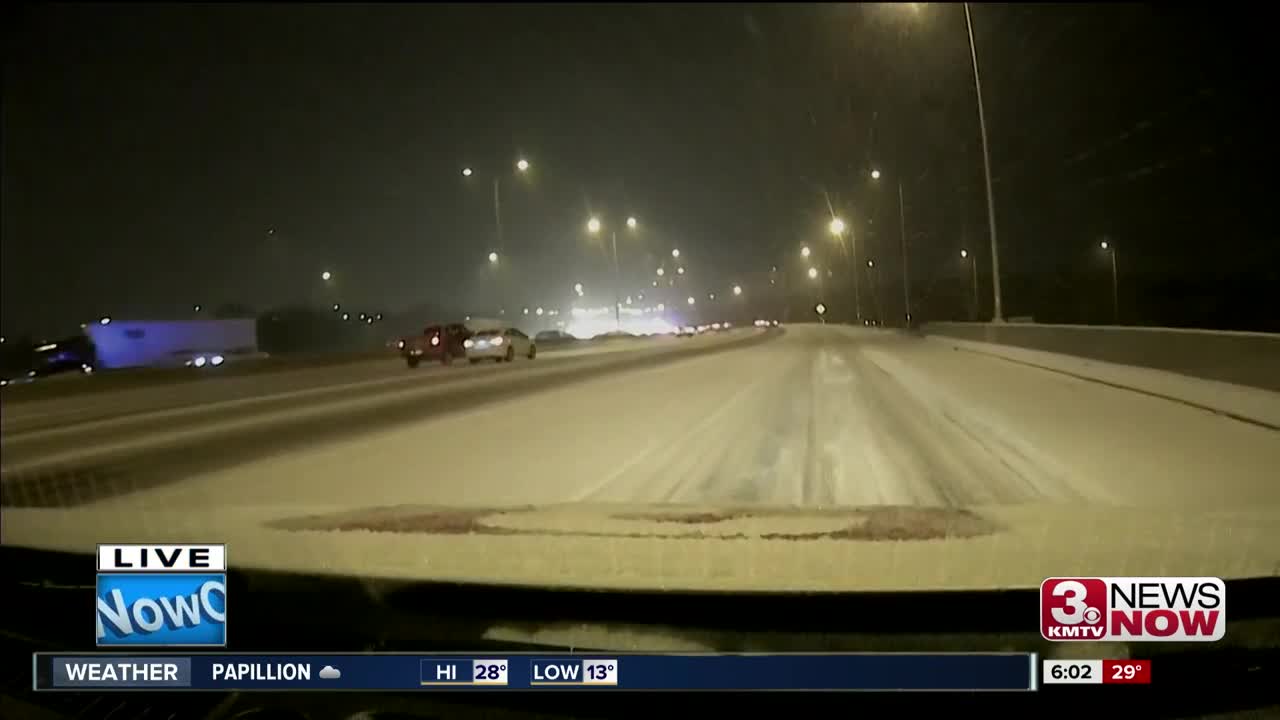 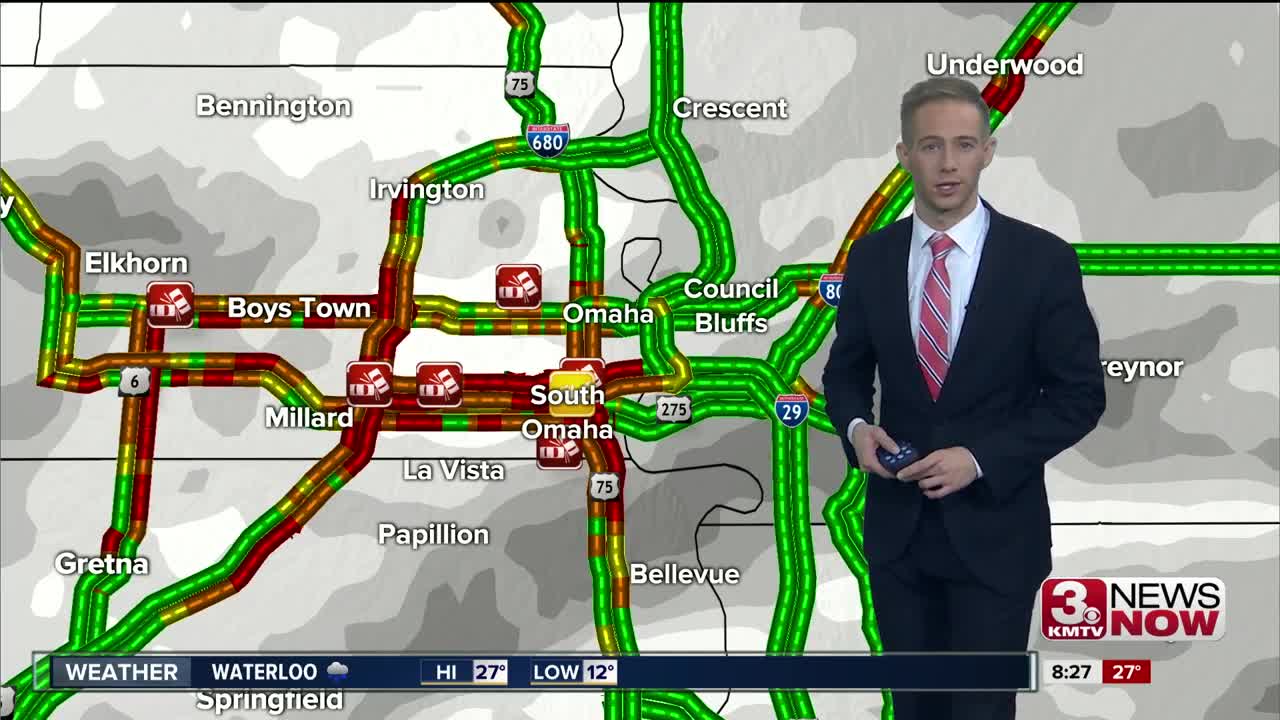 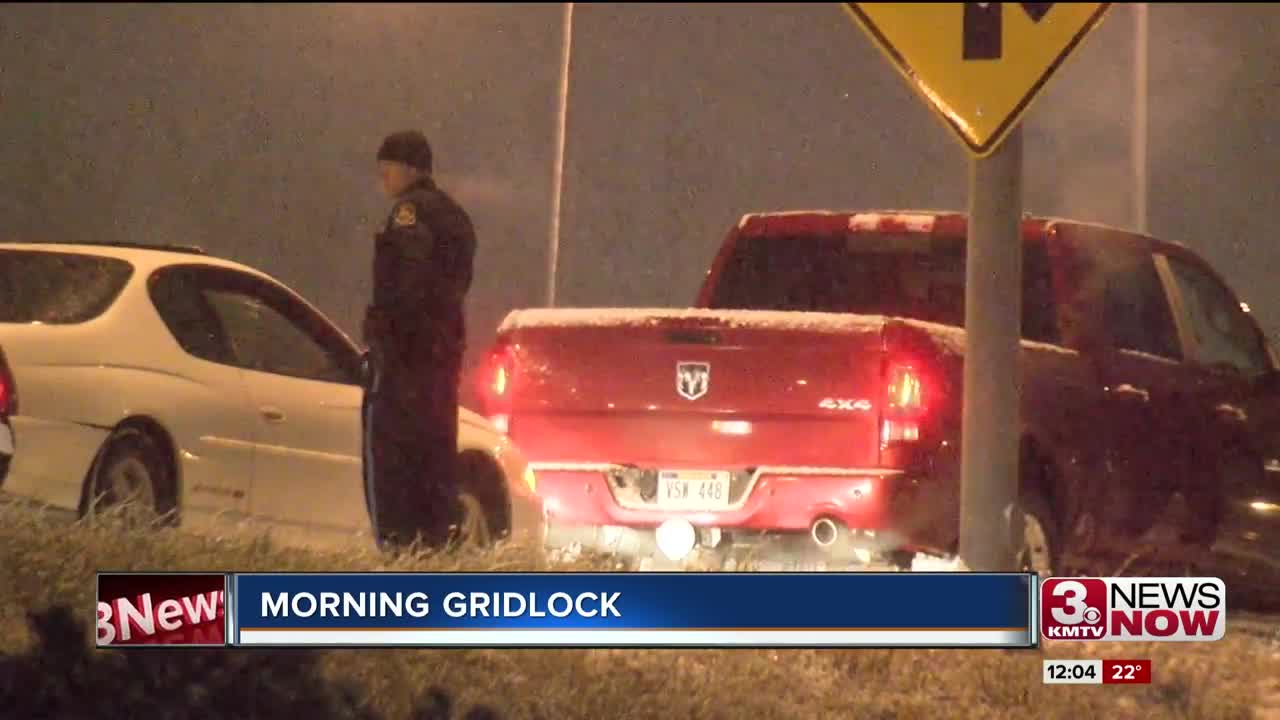 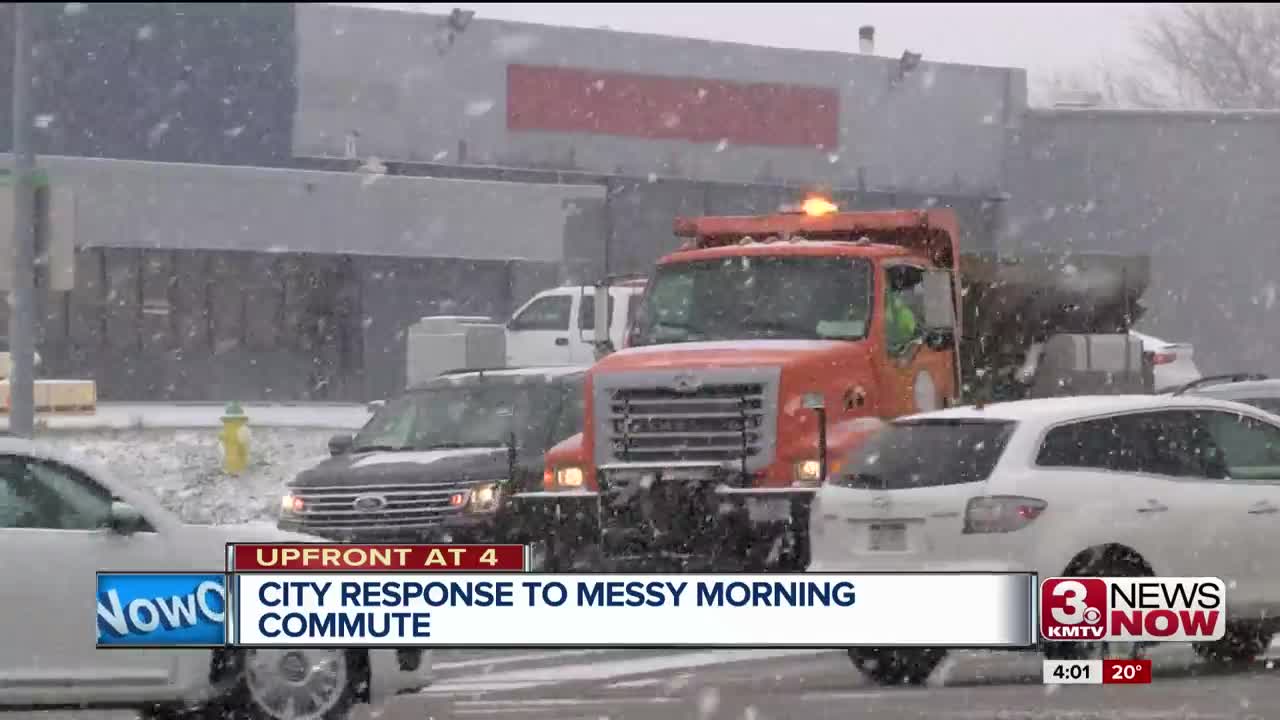 Flurrying snow and icy roads caused problems throughout the morning for drivers in the Omaha area.

Omaha sent 60 trucks out about 5:15 a.m. Friday to begin clearing major and secondary streets, according to a spokesperson with the mayor's office.

Because the ground was too warm, brining — a process that needs to start 30 hours ahead of a storm to be effective — was not possible, according to Omaha Street Maintenance Engineer Austin Rowser. Forecasts didn't indicate Friday's snow timing correctly, he said, noting that brining is ineffective once the snow starts.

At 6 a.m., Omaha Police already had so many accidents — dozens were reported throughout the city — that it was no longer responding to non-injury crashes.

Travel times on eastbound Interstate 80 and eastbound West Dodge Road were below 35mph at that hour and slowed further into the later hours of the morning commute. Several in the area reported commute times two or three times longer than usual.

WEATHER UPDATE: Get the latest forecast

“We experienced delays across the district as well as a number of minor accidents. Our students did arrive safely to school," an OPS spokesman said in an email received around 10:30 a.m. Friday. “We continue to monitor weather conditions for the evening drive home and will communicate with families if there are any expectations for delays during the evening commute.”

An officer was also injured Friday morning while attempting to assist drivers on the icy roads.

In a press conference Friday afternoon, Mayor Jean Stohert defended how the city handled clearing the roads that morning: