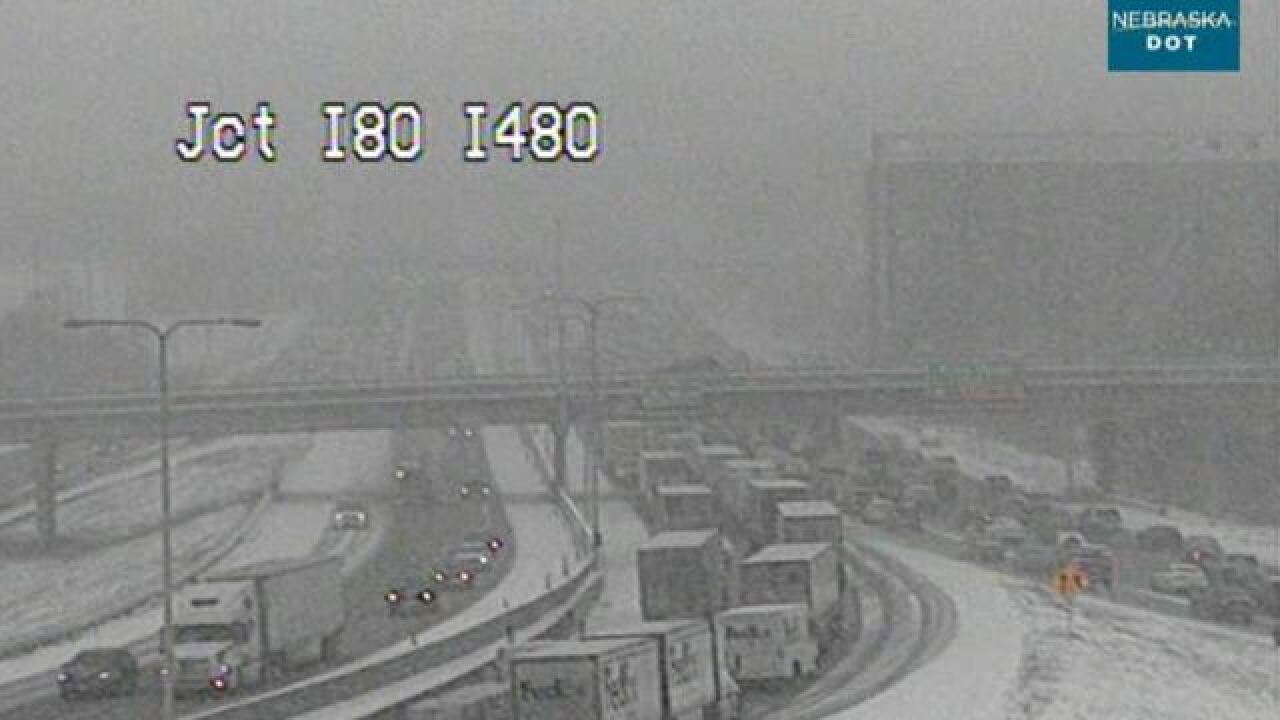 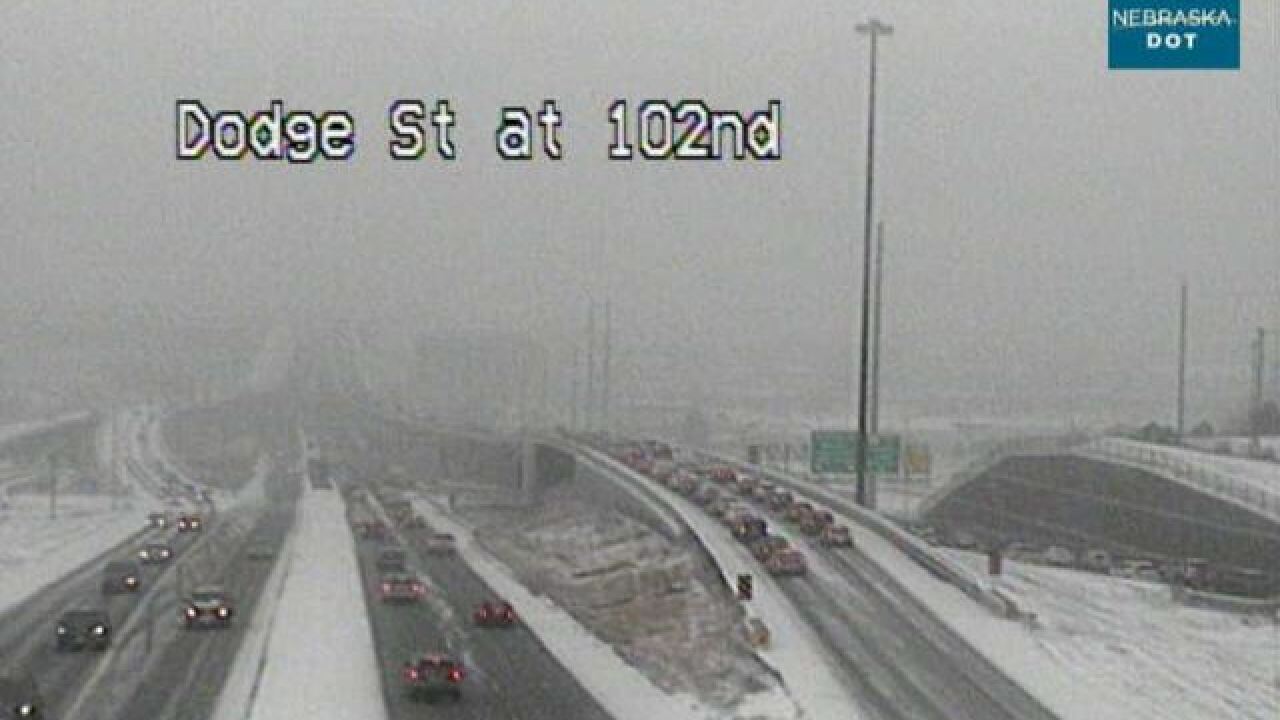 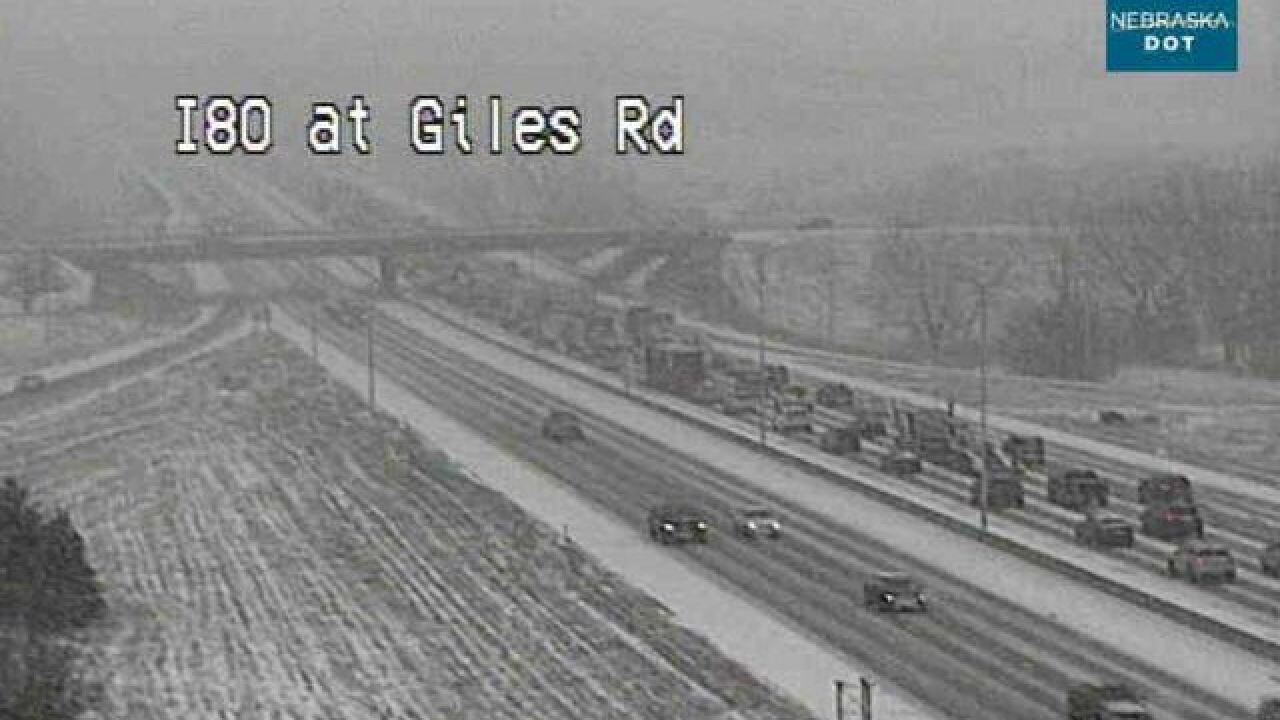 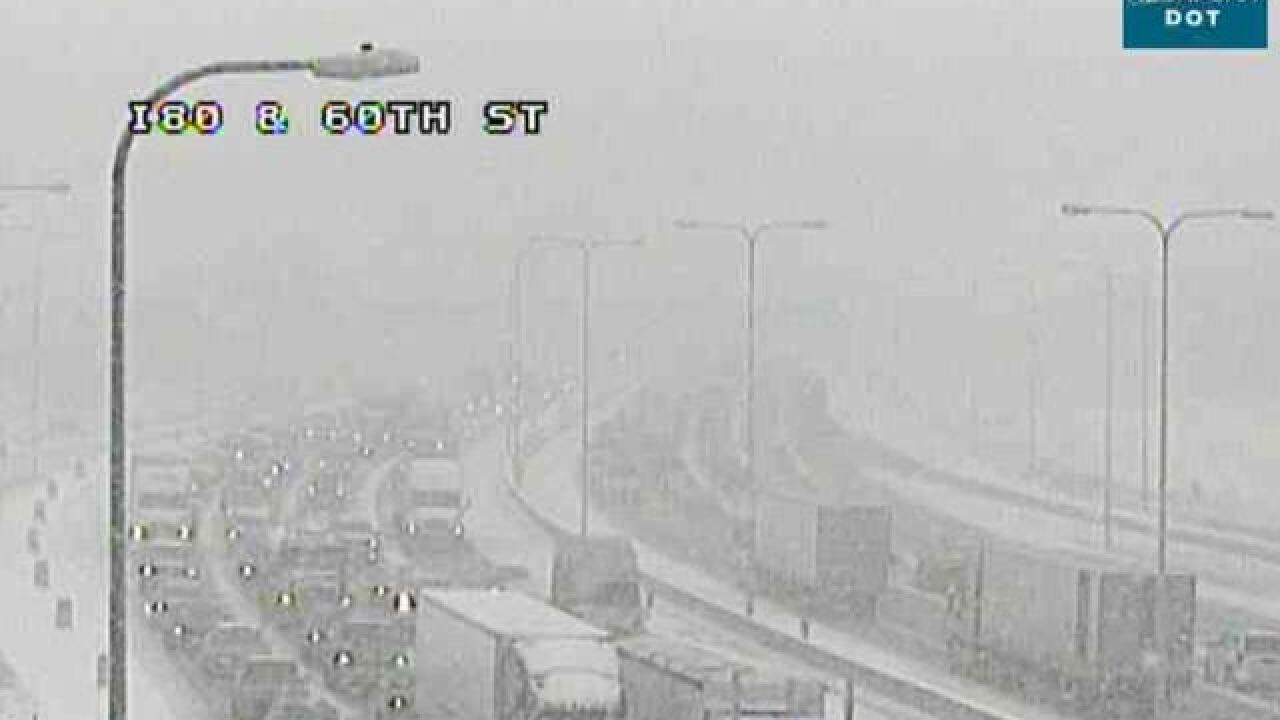 Snowy and icy roads caused dozens of accidents and long commutes  in Omaha Friday morning, leaving many in the area frustrated.

According to Omaha's street maintenance engineer Austin Rowser, the reason they did not brine the roads is that the ground was too warm. Rowser said the brining process needs to start 30 hours before it will work and because the forecast was wrong about yesterday's snow timing, they could not brine once the snow starts because it is worthless then.

Daughter is a teacher. Took her over two and a half hours for what is normally around a 20 minute commute. And she left home a half hour earlier than usual. pic.twitter.com/DbHCn9S0GJ

1 hour to get from 176/Maple to 156/Dodge. Maple was basically a parking lot in every direction. This picture is looking at maple west bound. It was backed up at least from 156-192 and didn’t seem to be moving. pic.twitter.com/DPBXexFQoe

Attempted to get my son to Davis Middle School. State St was pure ice and closed due to accident. Turned around and went home. No school for my kids!

Total commute which included dropping my daughter off then out to work was 3 hours. Typically takes 45 minutes.

My AM commute from near UNO to @3NewsNowOmaha took about 75min but could have been much worse. Despite caution, I completely lost control of my vehicle (full 360); but luckily, I was able to drive away unscathed. Others not so lucky this AM.