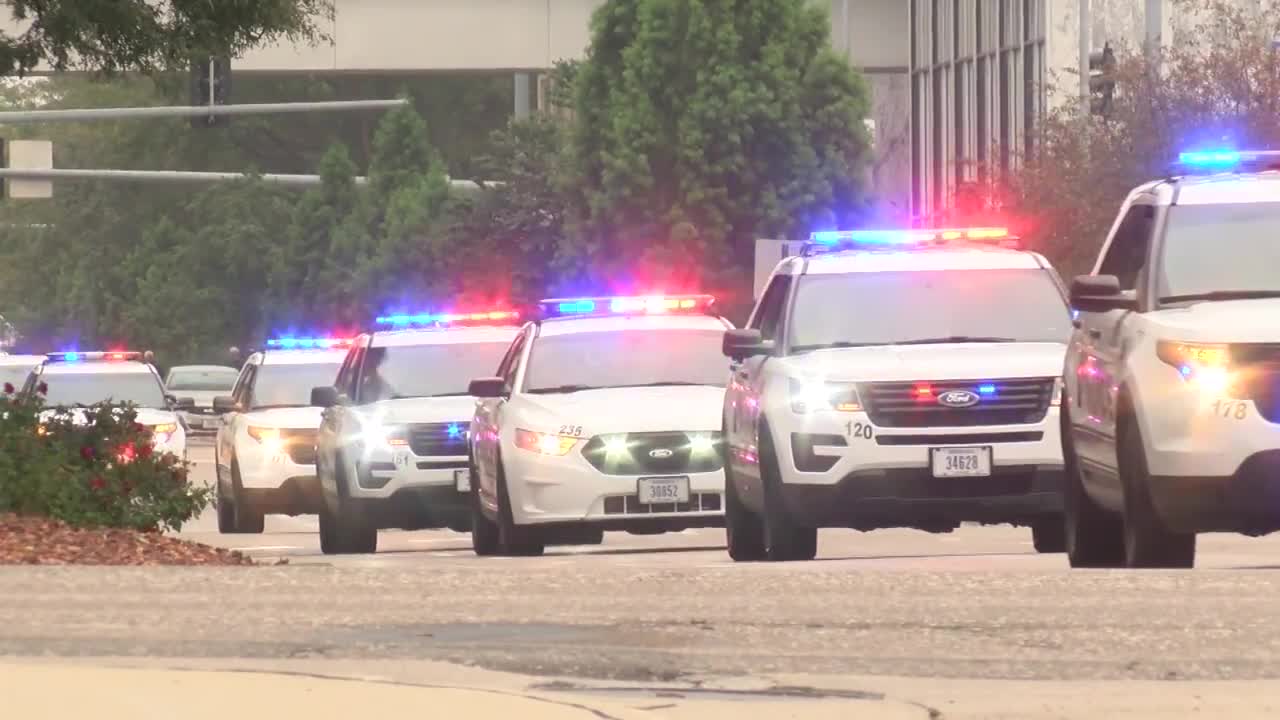 Those are all words people used to describe Investigator Mario Herrera and the kind of man he was. Herrera died Monday after being wounded in the line of duty late last month.

Mourners from across the state, even country, honored Herrera on the sidewalks of Lincoln. The city was quiet as a motorcade carried the hero to his final resting place.

Representation from law enforcement agencies filtered in from other states, honoring one of their own.

A day of mourning, but an overwhelming amount of support and patriotism for a man that served 23 years on the force.

American flags lined the gates where those closest to Herrera said goodbye one final time.