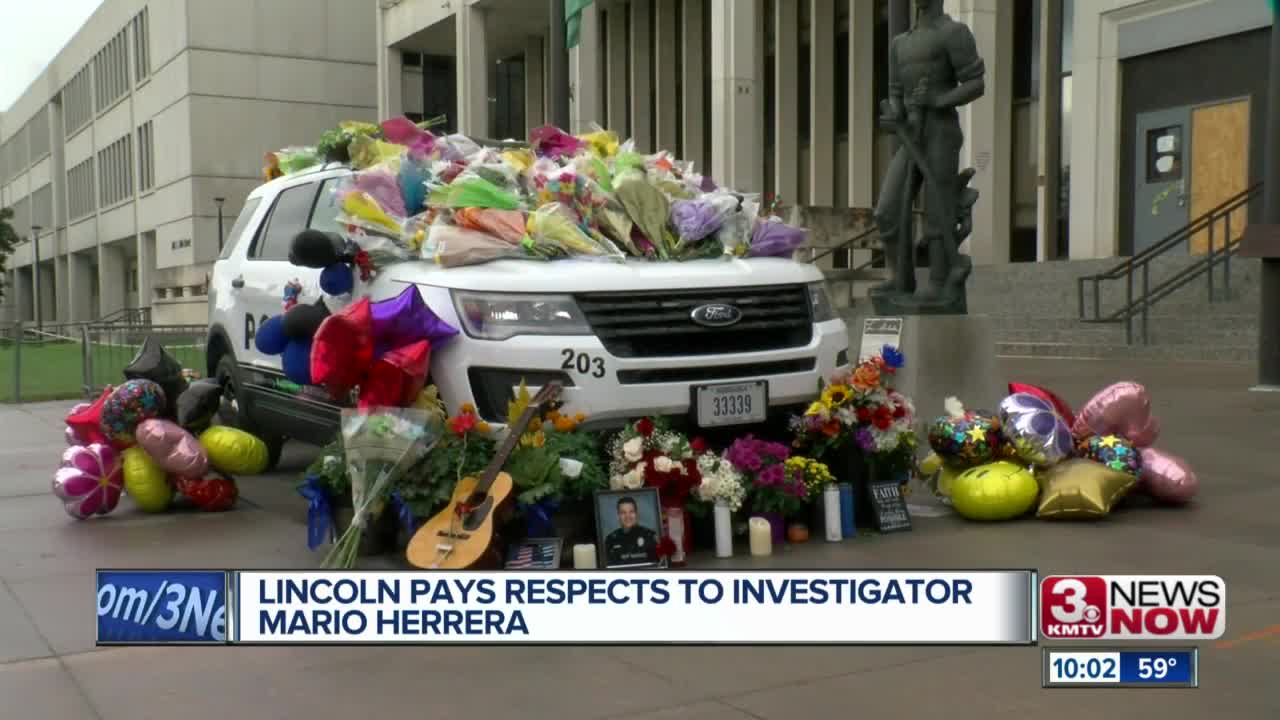 LINCOLN, Neb. (KMTV) - Mario Herrera was a man who gave 100 percent of himself to his position as an investigator at the Lincoln Police Department, his life at home with his four kids and wife, along with his participation in the parish at St. Teresa Catholic Church, according to Fr. Jamie Hottovy.

"There is that passion and that joy and that love that he just... he just exuded that," Hottovy said.

Law enforcement paid their respects by carrying his remains into the church, so the community can pay their final respects to the man who paid the ultimate sacrifice. Herrera died on Monday after being wounded in the line of duty late last month.

"Our police officers risk their lives everyday so we can sleep in safely," said Lincoln resident Helen Freeh.

Freeh and her family, along with dozens of others, paid their respects Friday afternoon, thanking the Herrera family for Mario's service.

"Mario is already a saint after the suffering that he endured those 12 days and he's praying for all of us now," Freeh said.

"I know what it's like to lose someone that you love and it's never easy," added Lincoln resident Dusty Goodspeed.

The Nebraska State Capitol is lit up BLUE in honor of Investigator Mario Herrera. Thank you for this moving show of support. #LNK pic.twitter.com/WhcjdKTbjt

Hottovy adds the visitation is a time of closure, prayer and for those in the community to come together.

He adds the love shown for Herrera is stronger than the pain of his death.

"In times like this where there is so much sorrow and so much loss and it happened so quickly and unexpectedly, this gives humanity the chance to put the superficial aside and really come together on what makes us human and what makes our heart beat as a community," Hottovy said.