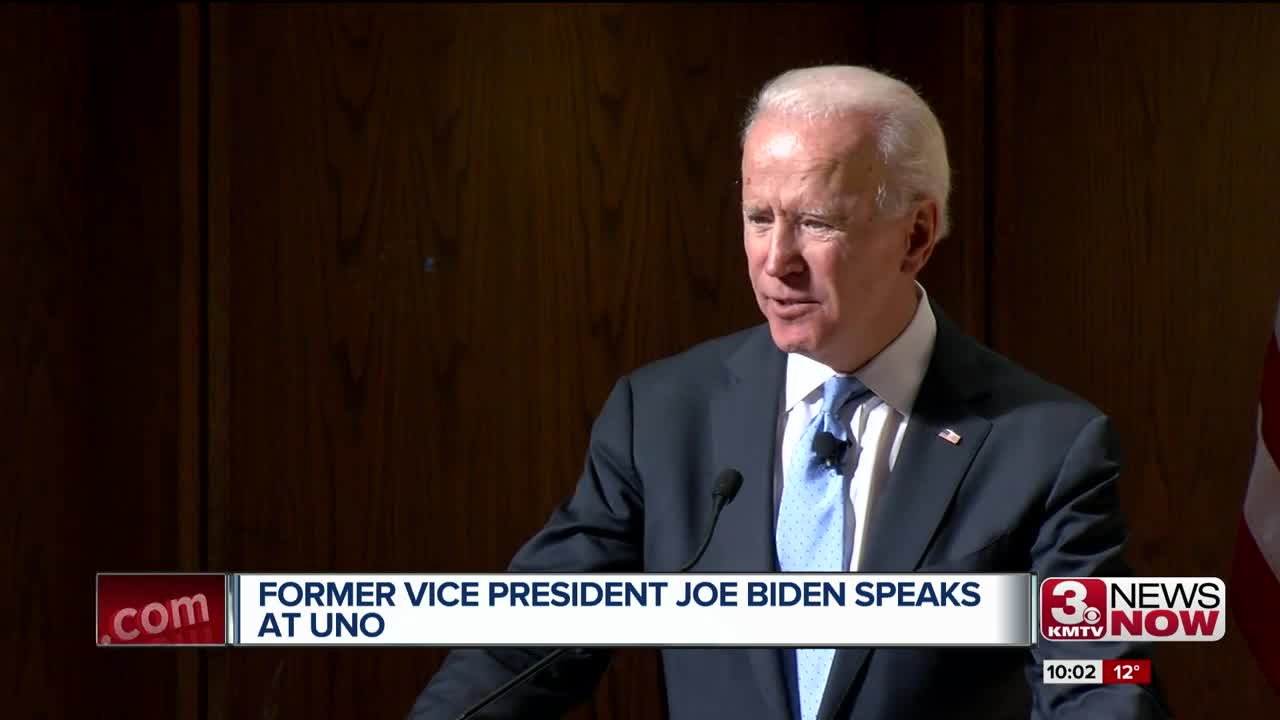 OMAHA, Neb. (KMTV) — Vice-President Biden's message was for the most part an optimistic one. But he wasn't afraid to take his shots at how President Trump is leading the United States globally.

"We lead the world not just by the example of our power, but the power of our example. And we're not setting a very good example right now,” says former Vice-president, Joe Biden.

In speech to students at UNO, Biden says Trump's embrace of nationalism and strongmen leaders like Vladimir Putin are pushing the country away from the global stage.

So how do we do that? Biden wants the country to lead the world on climate change and solving the refugee crises all over the world. He says the University of Nebraska Medical Center, has already shown the world what the US can do to fight infectious diseases.

"And look at what you did here in Omaha. You stood up one of the best Ebola treatments in the entire world, here at this university,” says Biden.

At times Biden made a point to speak directly to the students watching, challenging them to what they can restore america's global position.

After the talk, students seemed to get the message.

"We definitely need to step back up in the world and be the leaders that we were meant to be,” says Michael Gross, UNO student.

"Really the difference in the change of leadership style from the past established presidents to now, and really having an idea on what we need to do to fix that,” says UNO student, Patrick Miller.

But they also said some of their fellow students have a bit apathy about global politics.

'I don't feel like it's any less of a priority, but the doubts come in because if we're not able to keep our own nation at ease and feel confident within ourselves than how are able to lead other people,” says student body president, Renata Valquier-Chavez.

"We should care but not everybody does and that's why we're in the situation we're in now,” says Gross.

Biden hopes to change that.

"This is the United States of America, nothing is beyond our capacity and that's not hyperbole."