Local daycare in jeopardy of losing its license 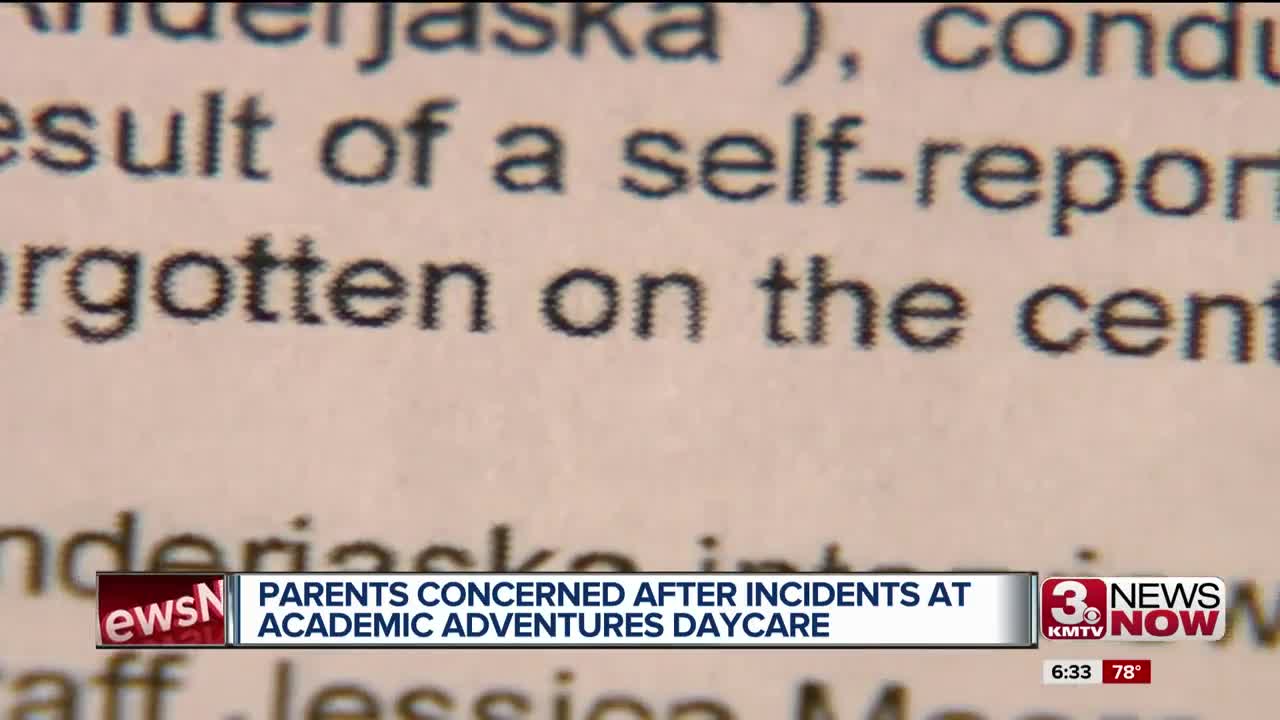 OMAHA, Neb. (KMTV) — A local daycare is under fire by the state, saying it has created unsafe conditions for children. The daycare is currently in jeopardy of losing its license, leaving some parents wondering what will happen next.

The state has leveled several accusations against the facility, including children getting hurt and a lack of supervision.

Academic Adventures operates two facilities. One off Blondo and another in Bennington.

The Department of Health and Human Services (DHHS) says the facilities have a history of negligence.

“It’s the last thing i want to hear when we take her there,” said one customer who didn’t want to show her face.

Her 4-year-old goes to the daycare.

Last year, DHHS pointed out several issues, including a 23-month-old and 2-year-old that were left on a playground.

In October, a 5-year-old was left on a bus. In January of 2019 a child inappropriately touched another and in February, a child fell off an indoor playground, breaking a wrist.

DHHS says this all this adds up to a lack of supervision.

We reached out to Academic Adventures and they released a statement saying, "We dispute the sensational characterization of events included in the notice. We have retained legal counsel and appealed the disciplinary action before it became final.”

Academic Adventures has until this Friday to ask for a hearing with the state. So far, they haven’t done so.