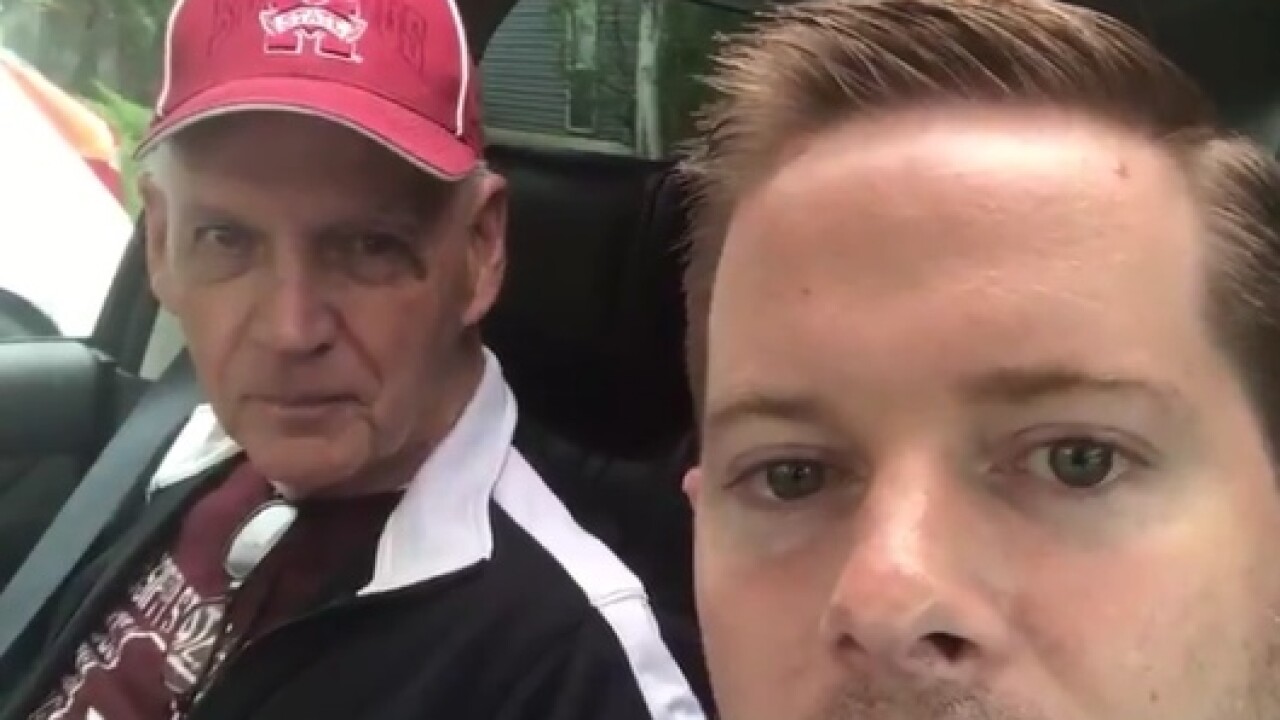 Matt Lea, a Mississippi State fan who now lives in Florida, surprised his father suffering from Alzheimer's with a gift of a lifetime: College World Series tickets.

Lea tweeted a video of him telling his father they were going to Omaha for the opening weekend. The video quickly garnered thousands of likes and retweets.

Surprised my dad today to tell him I’m taking him to Omaha to watch @HailStateBB play. His Alzheimer’s is setting in fast but I know he’s going to have a blast this weekend. Hail State!!! pic.twitter.com/NTtAxcxxIj

Later, Lea followed up saying they were on the road and encouraged those who offered to pay for their hotel room and meals to instead make a donation to the Alzheimer's Fund.

We’re off. Thanks for all the support. I’ve had many people reach out about paying for our meals, hotel, etc. I’m very grateful for that but if you’re willing to do that, just make a contribution to the Alzheimer’s fund. I’ll try to keep this journey updated as we go. pic.twitter.com/9MdBZU4127