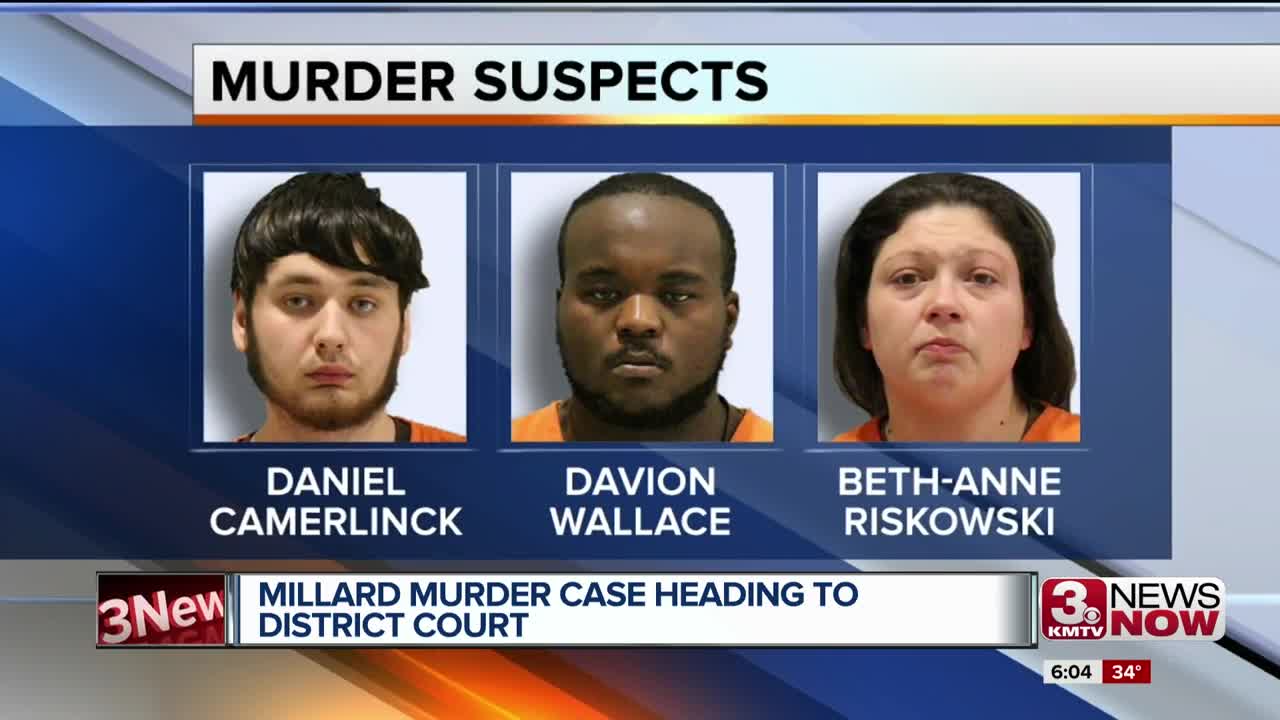 OMAHA, Neb. (KMTV) — The cases for three people accused of murdering a Millard man and leaving his body in a front yard are heading to Douglas County District Court.

At a preliminary hearing at the Douglas County Courthouse Monday morning, Judge Marcena M. Hendrix ordered the case to be moved to trial in district court.

According to affidavits, officers said Riskowski sold a revolver to Camerlinck for $100 which he and Wallace then used to kill Moheng . In the document, Camerlinck denied purchasing the weapon from Riskowski.

The judge set bail for Camerlinck at $1,000,000 while no bond was set for either Wallace or Riskowski.

Camerlinck and Wallace are currently being held at the Douglas County Correctional Center.

3 News Now reached out to Daniel Camerlinck's lawyer. He said his client is innocent and will enter a plea of not guilty. Wallace's attorney also said her client will plead not guilty.

No date has been set for the preliminary hearings in district court.