Breastfeeding at the Capitol: Senator says moms need more than a pod 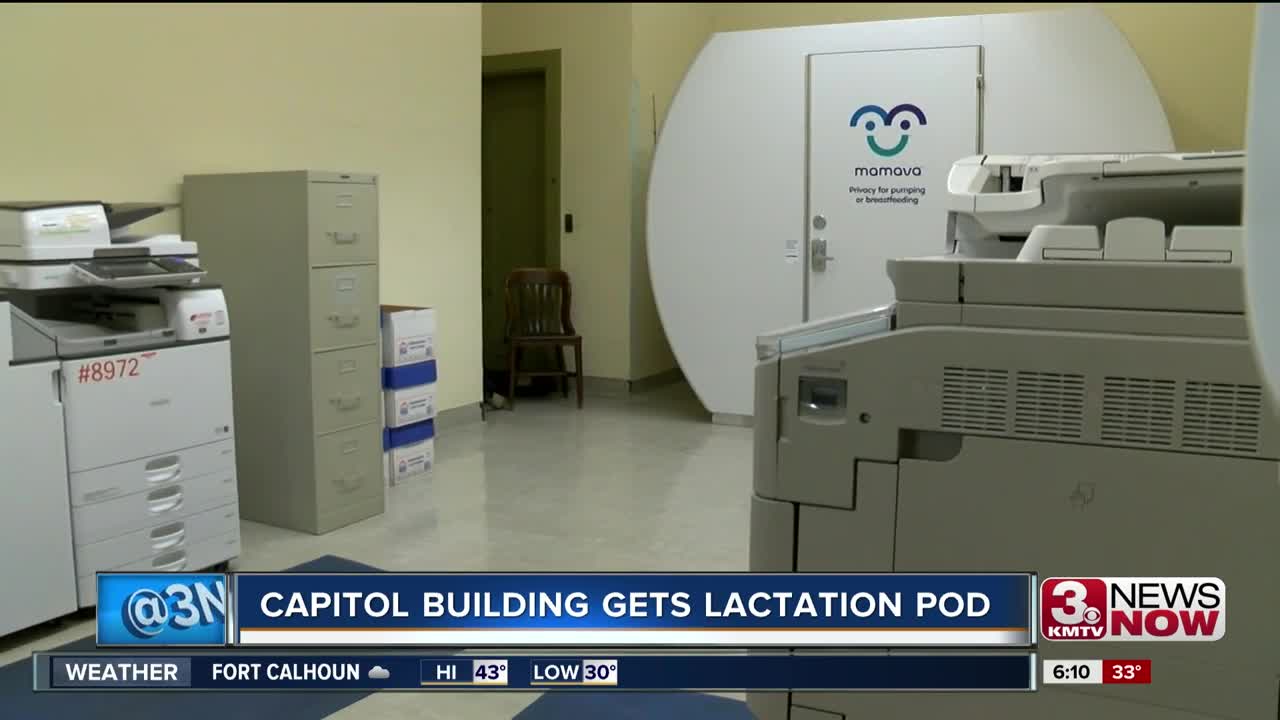 Mothers at the Nebraska Capitol no longer have to pump in a place some called unsanitary and insulting, but the battle is not over yet.

LINCOLN, Neb. (KMTV) — A little more than a month after 3 News Now shared a story about mothers pumping breast milk in a public restroom some called unsanitary and insulting, Nebraska's Capitol Building now has a lactation module. It has an app with smart access, USB port and ventilation. The module is called the Mamava and it's available to any mom that needs to pump at the capitol.

"Pumping equipment has little pieces and milk that you need to sanitize that you can't do that without water," said Cavanaugh.

Capitol administrator Bob Ripley says there is water, down the hallway, in the same bathroom mothers used to pump in.

"It's just a pedestal sink, so there's no where to lay anything out... I always wash the sink before I wash my stuff," said Cavanaugh.

According to the CDC, after every pumping, mothers should take apart and clean every piece of the pump that comes in contact with milk.

"If not cleaned properly there can be bacterial growth and that would then hurt baby and that would make baby sick," said Omaha MilkWorks director Angie Cantrell.

Cantrell says nursing mothers should pump every 2-3 hours and use a basin style washing system so that pump parts never touch the bottom part of a sink.

"Just the interaction of the food particles and the potentially in a public restroom type of setting you would have fecal matter and those types of things, those shouldn't be coming in contact with the breast pump parts since it's your baby's food," said Cantrell.

When asked if using a restroom sink to clean a breast pump was sanitary, Ripley told 3 News Now that is what the makers of Mamava recommend. He went on to say the company does not provide sinks because, "They feel it's more of a sanitation problem."

But the marketing VP of Mamava, Nicci Micco says that's not true. Micco says non of the pods have running water because the pods are supposed to be mobile and attaching pipes would make moving it difficult and really expensive.

Cavanaugh says another issue is where the pod was put. The pod is in the building's copy center.

"I think that that also speaks to the dignity of the thoughtfulness of having a dedicated space for women," said Cavanaugh.

Ripley says every square foot of the building is spoken for, but Canvanaugh says a simple solution would be to wall off a portion of a restroom, making a separate space for mothers to pump.

"It's just a plaster wall and a door and a sink and a restroom that currently has water so it would be just using the water that's there. using the plumbing that's there," said Cavanaugh.

While Cavanaugh says the renovation could cost more than the $20,000 pod, she says you can't put a price on the message it sends.

"We appreciate working moms. We appreciate that they're trying to balance their home life and their work life and be the parent they want to be," said Cavanaugh.