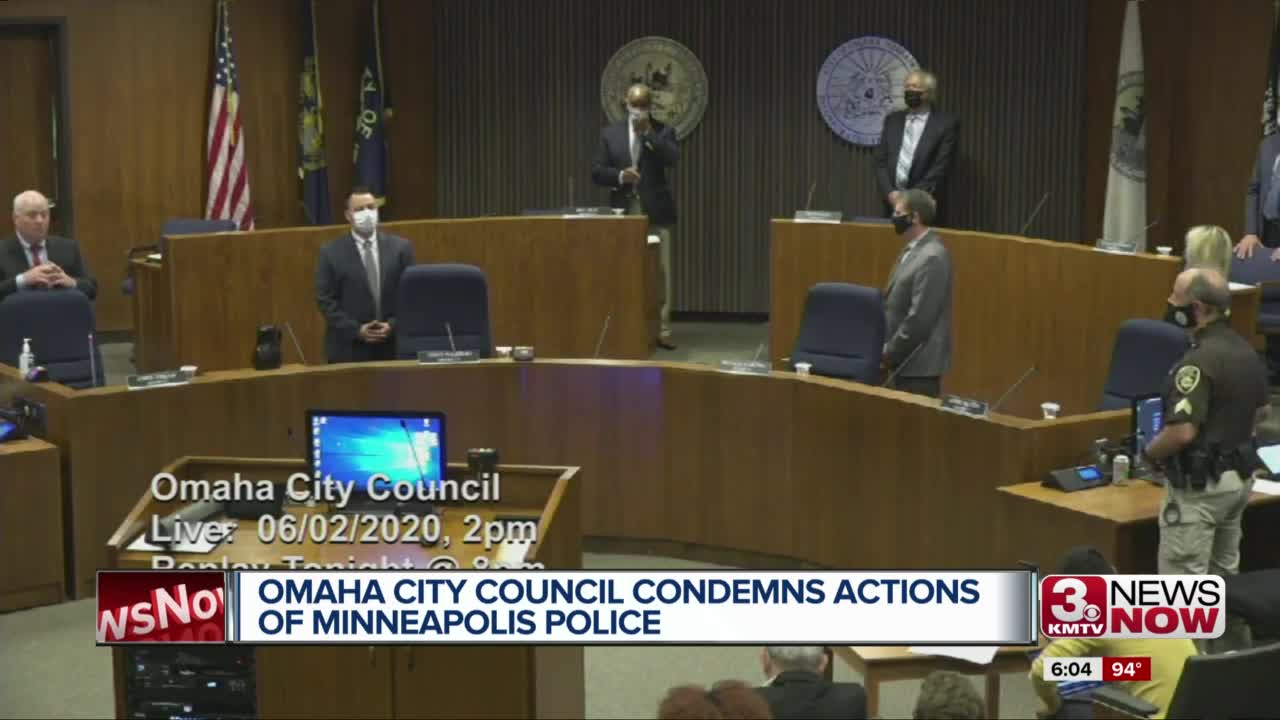 What the council decided at today's session.

OMAHA, Neb. (KMTV) — Omaha’s City Council discussed a variety of issues on Tuesday. All have to do with the racial unrest the city is currently experiencing.

It's was a long council meeting and they're still debating on whether to allow Mayor Stothert to extend the curfew but many came to the microphone to express support for an ordinance condemning the actions by the Minneapolis Police Department.

There was lots of raw emotion from many that came up, including Councilmember Ben Gray. Gray says that we have a long way to go and that we need to stay focused on institutional racism.

The council ultimately voted 7-0 to condemn the actions of the Minneapolis Police Department after many in the audience urged them to do so.

Councilmember Pete Festersen said we cannot miss this opportunity to unify our city and double down on issues like racial injustice.