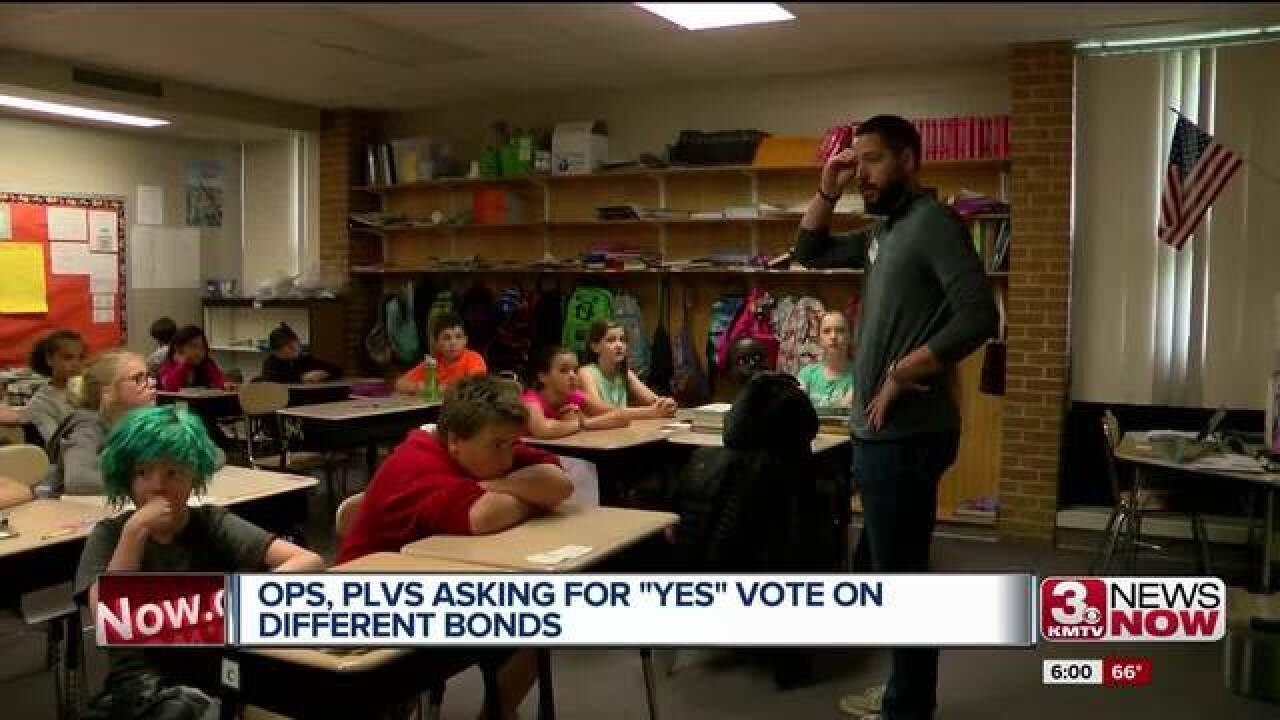 It includes two new high schools, two new elementary schools, and one middle school totally $269.8 million. Other school upgrades from new roofs to auditoriums are under the proposal as well.

"When it rains, I've got parts of my building that start leaking water and start dripping in," said Omaha South High School Principal Ruben Cano.

Papillion-La Vista Community Schools is asking for $109.9 million to add classrooms to its two high schools.

It would also increase security at the schools by closing all remaining open-concept classrooms and establishing a line of sight from the office to the front door in all schools.

"There isn't a line of sight for us to see once we do buzz them in and sometimes we'll have someone who will piggy back off of each other, they'll be polite and friendly and they'll hold the door open," said Carriage Hill Elementary Principal, Dr. Kelcy Tapp.

The bond will also allow the district to buy land for other schools in the area.