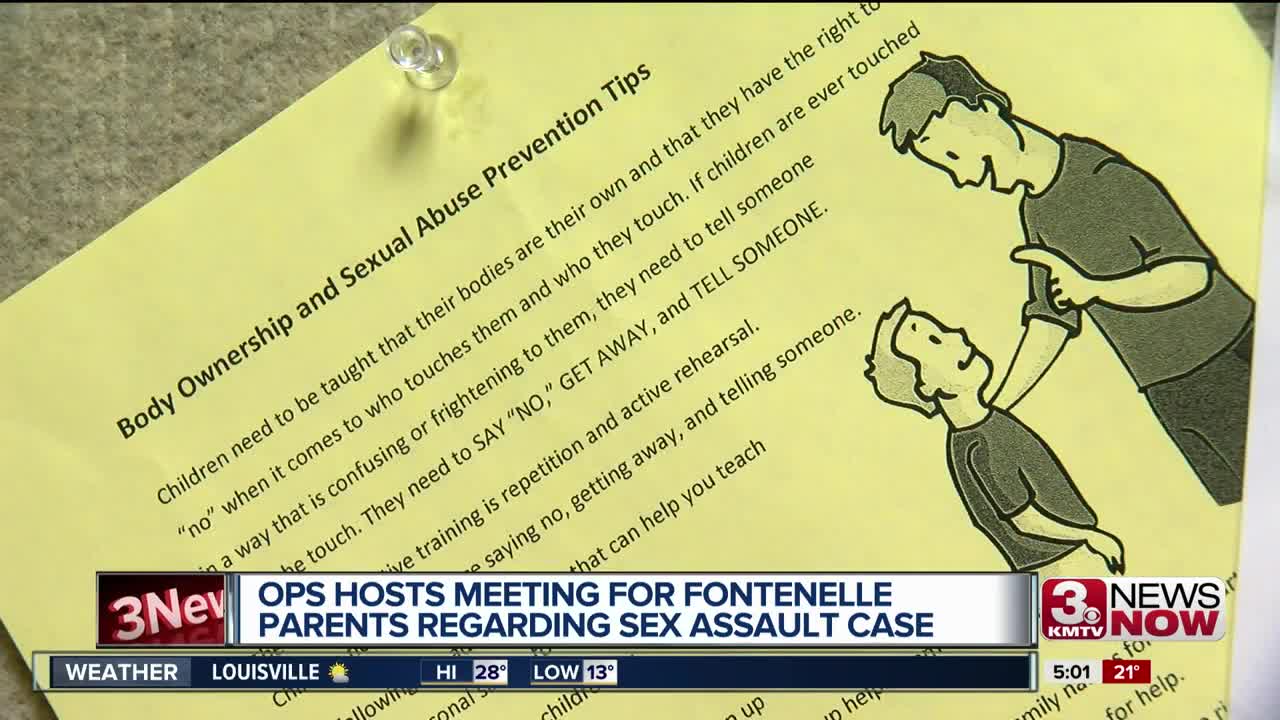 OMAHA, Neb. (KMTV) — While a first grade teacher accused of sexually assaulting one of his students is behind bars, parents showed up to Fontenelle Elementary Thursday night asking for answers, especially because prosecutors say he may have more victims.

Parents were invited to attend the meeting by administrators to give them an opportunity to discuss the allegations against Gregory Sedlacek.

OPS did not allow media inside the meeting, which lasted about 45 minutes, but the parking lot was full and parents were coming in and out throughout that time.

Several of the parents said the school district told them not to speak to the media. They were, however, given information about body ownership and sexual abuse prevention. Parents were also told to report any type of concern to law enforcement.