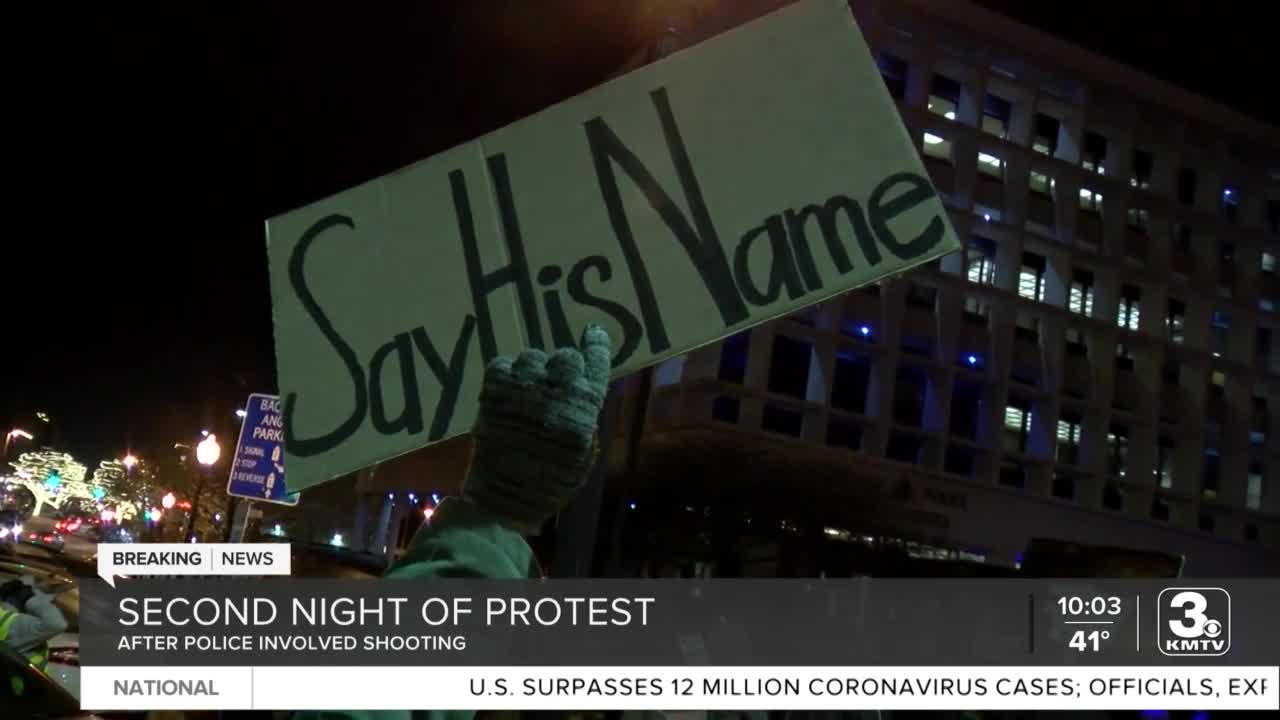 OMAHA, Neb. (KMTV) - The group Problac conducted a second night of protests in Omaha after an officer-involved shooting left a Black man dead on Thursday.

UPDATE
Watch on the KMTV livestream on Facebook if it's isn't viewable below:

Around 8:00 p.m. the chanting was growing louder.

⚠️Language warning ⚠️ protestors are getting more vocal. There’s been a lot of taunting. Now chanting the slur we’ve seen and heard a lot this year. pic.twitter.com/IdDRgpKh0e

UPDATE
Kiara Williams was interviewed by Jessika Eidson about her experience during Friday night's protests. Williams said she was arrested Friday night.

A protestor who was arrested last night talks about her experience. 1/3 https://t.co/nYzx2gMIlT pic.twitter.com/CNgexX4UmE

UPDATE
Jessika Eidson is downtown and monitoring the demonstration as it develops. She estimates that there are about 50 people at the protest Saturday night.

@3NewsNowOmaha I’m at the second night of protests outside the Omaha Police Headquarters. @WeAreProBLAC is saying they are protesting because they want OPD to release body camera footage from Thursday night when a 35-year-old black man was fatally shot during a traffic stop. pic.twitter.com/AU8y3WO1or

The group plans to protest outside the Omaha Police Department beginning at 6 p.m. They're looking for body-camera footage from the incident to be released.

Stothert has said a grand jury will review the officer-involved shooting. The grand jury could be delayed due to COVID-19, as many investigations are on hold or backlogged.

Kenneth Jones, 35, died in the officer-involved shooting on Thursday night near 27th and Harrison. Jones was shot during a struggle that ensued after what was initially a routine traffic stop. He later died at Nebraska Med.

The two officers involved are on paid administrative leave.

The first round of protests on Friday resulted in a handful of arrests.