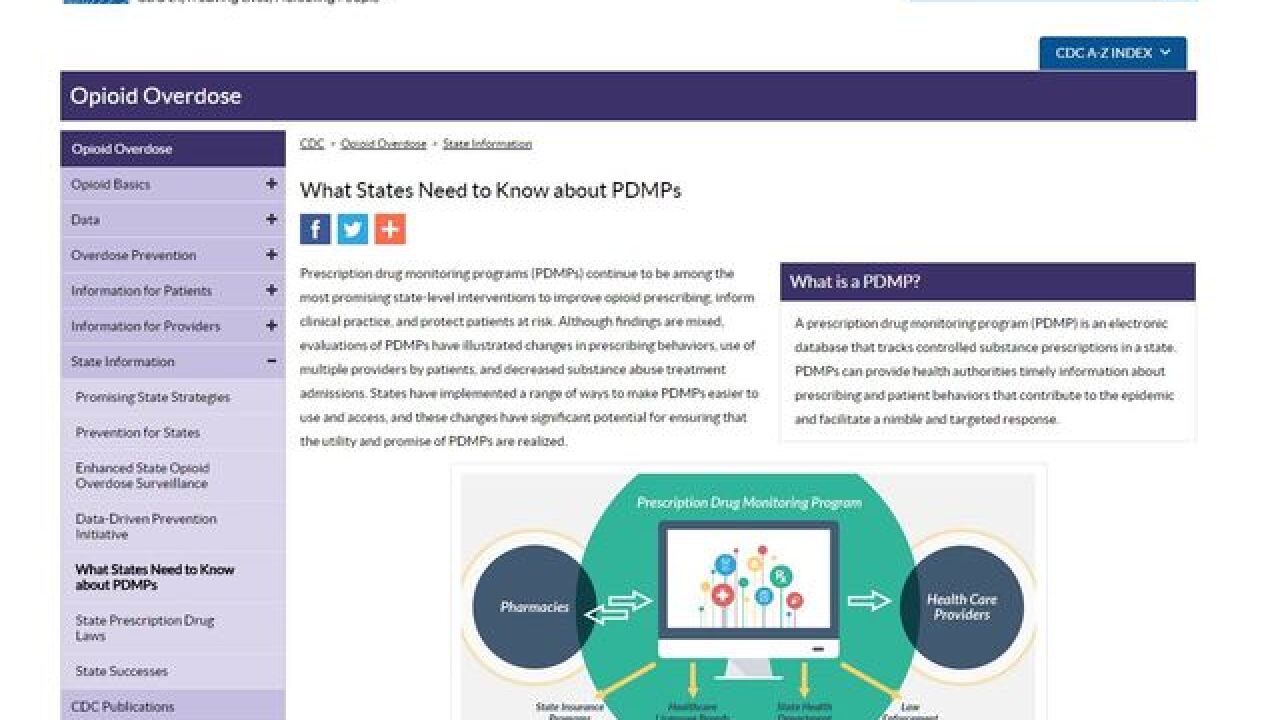 Local investigators are dedicating more time to stopping overprescribing of the drugs, and even dedicating people to only work these cases.

The Nebraska State Patrol says they've been using the Prescription Drug Monitoring Program to identify people who are being overprescribed pain killers like Opioids.  In 2016, 44 people died of an Opioid drug overdose in Nebraska.

NSP Investigator Tyler Kroenke says he solely works on these cases and in about 8 months in 2017 he served 40 search warrants.  The CDC's Prescription Drug Monitoring Program tracks controlled substance prescriptions in each state which makes it much easier for investigators to identify trends.

"One is just the fact that they're going to multiple different doctors and the doctors don't know about the other doctors that are prescribing the same medications," Investigator Kroenke explained.  "If there is overprescribing you can look at the day's supply the quantity and looking that they're filling sooner than what a day supply should last them."

Officials say the problem hasn't struck nebraska as bad as the rest of the country, but 115 people a day die from Opioid overdoses in the U.S.  The program turned into felony charges for some patients and possibly doctors, but Kroenke says it's not just about locking people up.

"We want these people to get help and we'd rather get them prevention and treatment before hand before we get to the point of them coming to us," Investigator Kroenke described.

NSP plans to add another investigator to work on these specific cases soon.