Protested 11-Worth Cafe closes for good 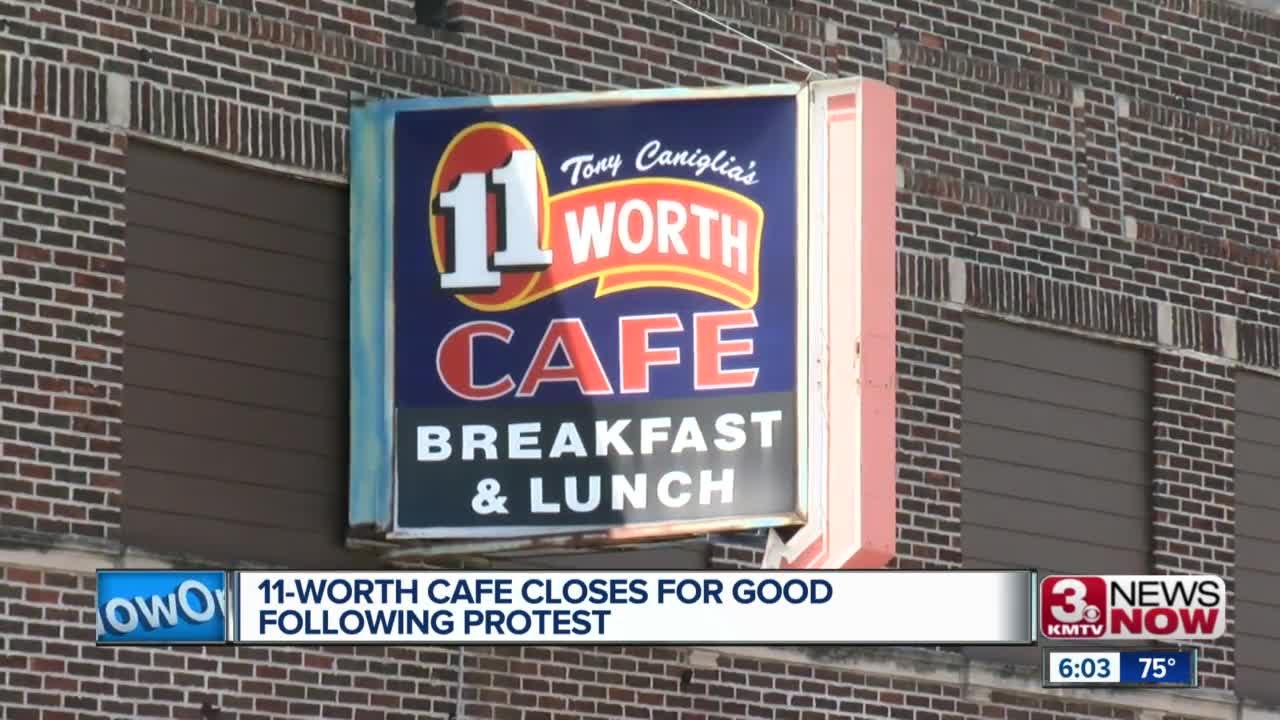 OMAHA, Neb. (KMTV) — After more than 40 years in business, 11-Worth Cafe has announced it is closed for good.

11-Worth was the site of recent protests after controversial social media messages by the owner's son were posted online. This past Sunday around 100 people gathered at the restaurant to protest those postings, and a menu item at the restaurant named for Confederate General Robert E Lee.

Owner Tony Caniglia Jr. tells us he made the decision after people began harassing his family at home on two different occasions where officers had to be called. On Sunday, the owner said he tried to negotiate with protesters and offered to apologize and take the Lee item off the menu, but he said the talks broke down and no agreement was reached. The restaurant closed early on Sunday and customers and employees had to be escorted to their cars by police officers.

After closing on Sunday, the restaurant never reopened.

Tim Williams says he worked for the restaurant for 6 years. He says he's mostly concerned for the employees who lost their jobs due to the closure.

One organizer of the protest, David Mitchell, says he has received threats since the protests.

"People have been sending me pictures of burning crosses, someone sent me a picture of a bat where the wrote Robert E Lee on the bat and said he was gonna bash my skull in with that bat," Mitchell said.

He also tells 3 News Now he doesn't think the restaurant should close.

"I don't agree with him closing down his store, to me that seems very suspicious," Mitchell said.

He says racism remains an issue in the community.

"We need full equality. We need to stop having these open racists being out here. They need to be exposed for who they are," Mitchell says. "I'm not saying destroy these people's lives because a lot of these people have kids, they have children. But what I am saying is trying to help change that person's mindset."

The Caniglia family issued this statement regarding the incidents and closure: