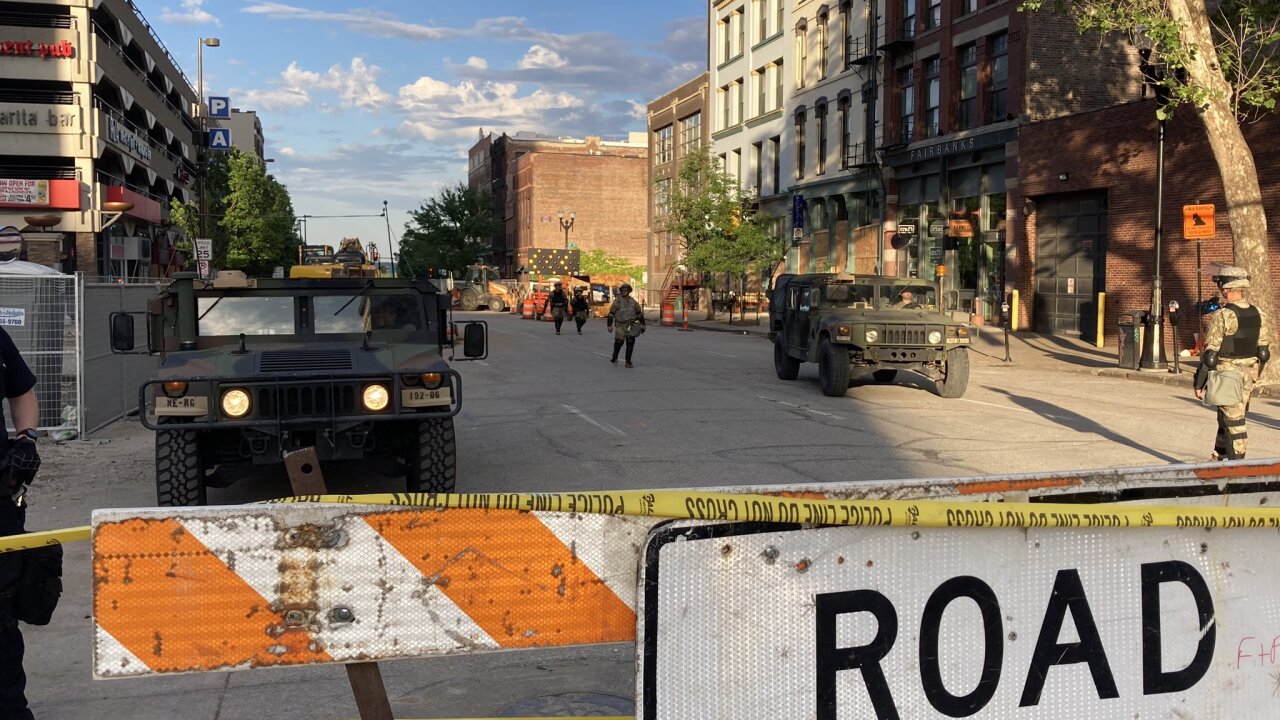 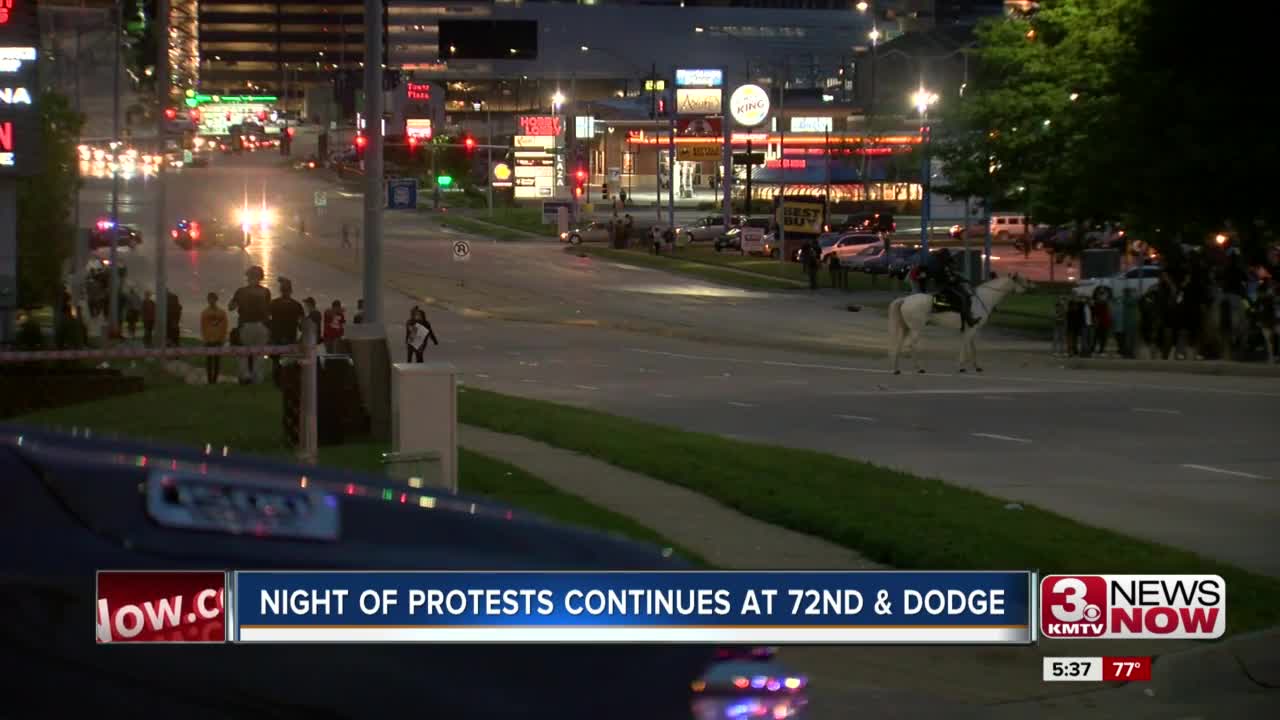 OMAHA, Neb. (KMTV) — More protests are happening around Omaha on Sunday night in response to the in-custody death of George Floyd.

Sunday marks the third night in a row that protests have erupted across the city.

On Saturday, protests turned violent and James Scurlock, 22, was shot outside of Old Market bar The Gatsby at around 11 p.m.

A State of Emergency was announced by Mayor Jean Stothert on Sunday and a curfew will be implemented from 8 p.m. to 6 a.m. for the next 72 hours.

Around 7:40 p.m., the Nebraska National Guard arrived on scene in downtown Omaha.

LATEST: Nebraska National Guard, Omaha Police and Fremont Police are on scene at 13th and Howard. We will have the latest at 8 p.m. on @3NewsNowOmaha pic.twitter.com/towXQhWYfG

3 News Now has reporters in various locations who will provide updates as the night goes on.

LATEST: Nebraska National Guard, Omaha Police and Fremont Police are on scene at 13th and Howard. We will have the latest at 8 p.m. on @3NewsNowOmaha pic.twitter.com/towXQhWYfG

About 20 minutes left into curfew and still hundred are out on 13th St.

Some people have left but others are still showing up.@3NewsNowOmaha pic.twitter.com/jWD4p742z8

A small protest going on in Bellevue, where Bellevue Police officers are also participating.

They say they’re showing that a protest can be done in a peaceful way. pic.twitter.com/M2SGj7n7nt

About a dozen protestors laying face down, hands behind their back on 13th St.
They are demonstrating, they are not being arrested.@3NewsNowOmaha pic.twitter.com/4sOiVPFUjP

UPDATE: Presence of law enforcement is growing in downtown Omaha. Demonstrators continue to gather. There is no sign of people leaving as we approach closer to the 8 p.m. mandatory curfew set for Omaha. #protests2020 #OmahaProtest pic.twitter.com/QhdBquleC8

Speaker chants, “hands up, for the 400 years of bloodshed, ... as well as the bloodshed last night.” @3NewsNowOmaha pic.twitter.com/bL2gdtWZNe

People kneeling and holding a moment of silence for James Scurlock.@3NewsNowOmaha