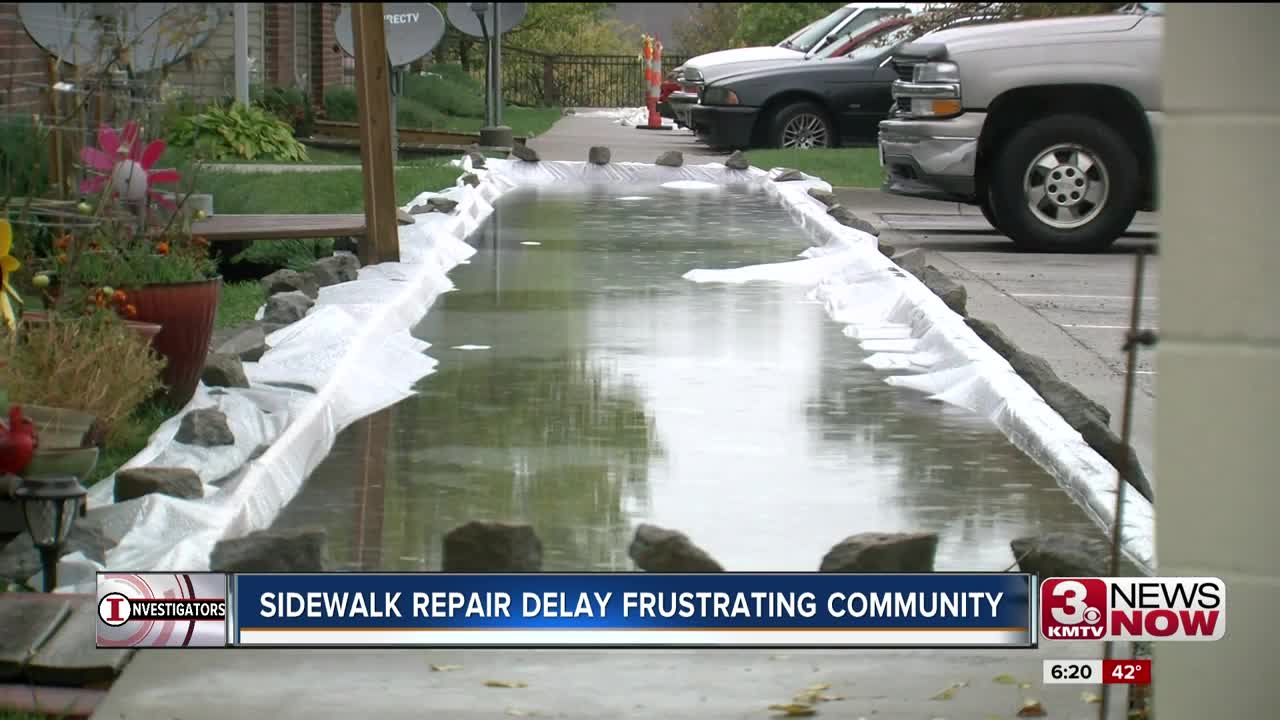 The 3 News Now Investigators revisit an ongoing construction project at an area retirement community and see what progress has been made.

LA VISTA, Neb. (KMTV) — Two months ago, Debra Oddo said she was kicked out of a 55-and-older community, Orchards at Wildewood apartments in La Vista, for complaining about stalled sidewalk work that resulted in a pile of chunks of concrete outside of her apartment.

Oddo, who uses a wheelchair, was concerned about her escape route in a fire. Apartment management said the eviction was due to a separate issue. More than two months after 3 News Now received complaints, the project is unfinished.

Some things have changed two months later. The chunks of concrete are gone, a few sections were finished, but some residents remain concerned.

A representative for the apartment's corporate owner, Idaho-based Somerset Pacific, said it's all been out of their hands. The original contractor backed out, he said, and they are suing that contractor for not returning an initial payment. The new contractor has been delayed by weather, he said.