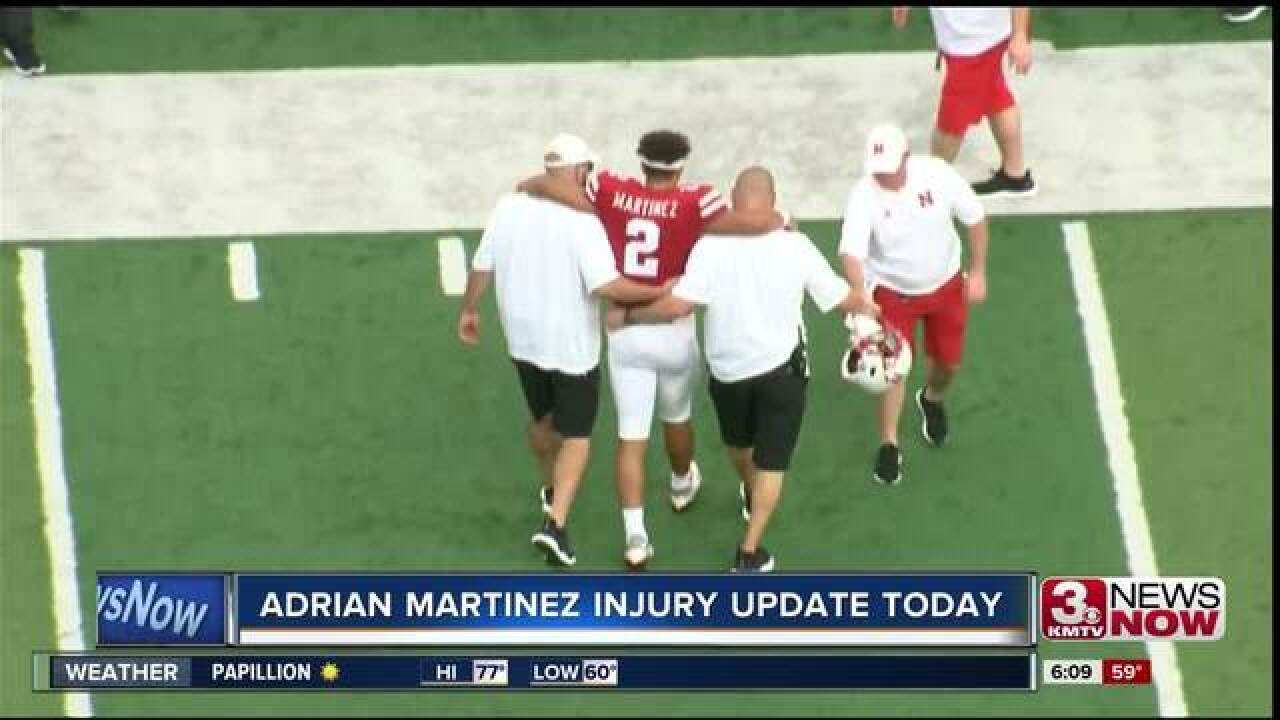 With Nebraska coach Scott Frost set to address the media Monday, all eyes are on Adrian Martinez's knee.

The true freshman quarterback left Nebraska's 33-28 loss to Colorado in the fourth quarter and Frost said after the game the prognosis was better than he expected.

At a Husker Heroes event at Memorial Stadium Sunday night, Martinez was standing and moving without crutches and only had a compression sleeve on his injured left knee.

Prior to leaving the game, Martinez ran for 117 yards and two scores and also completed 15-of-20 passes for 187 yards and a touchdown.