Video was released after a court hearing. 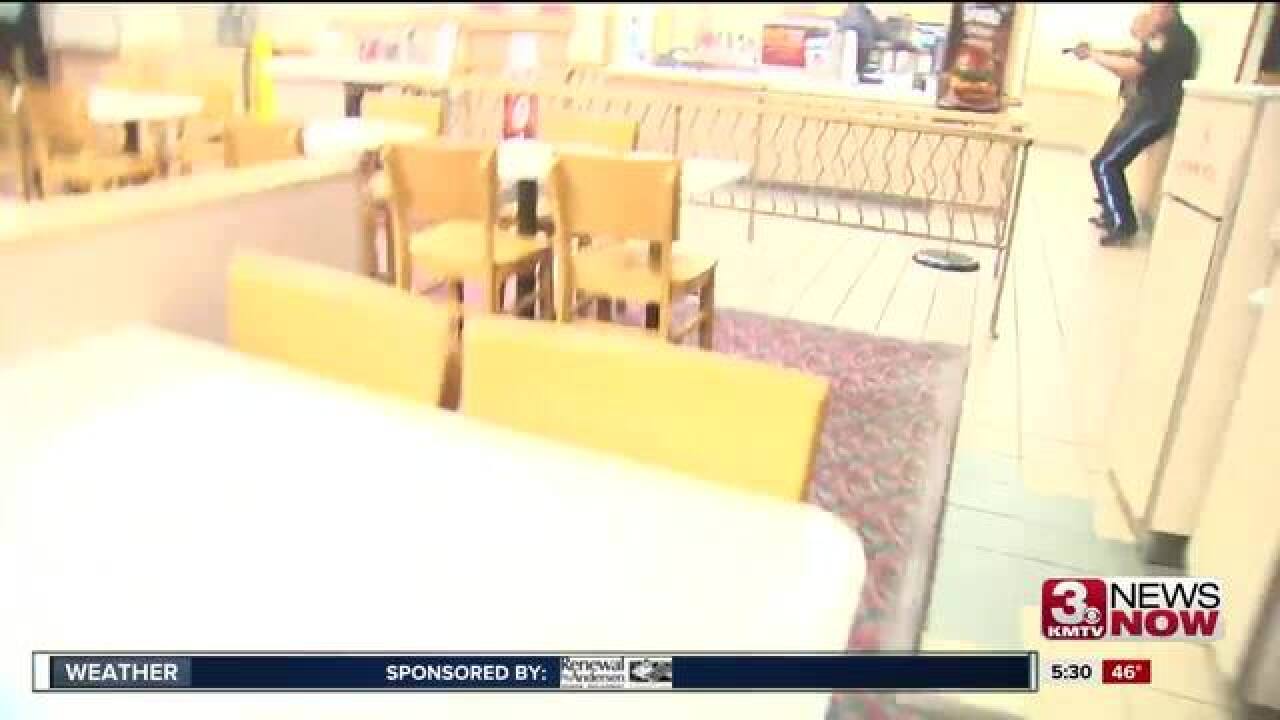 A judge ruled Tuesday the City of Omaha must release a video showing the death of a TV crewman during a shootout at Wendy's in 2014.

Bryce Dion, a sound mixer on a shoot at Wendy's at 43rd and Dodge streets for the reality TV show "Cops," was shot and killed Aug. 26, 2014, after Omaha Police returned fire on a man who shot a pellet gun at officers. Officers were called to the restaurant on a report of a robbery.

In the video, someone could be heard repeatedly asking, "Bryce, are you alright?" He can be seen slumped against a glass wall in the vestibule of the restaurant.

Dion was wearing a bulletproof vest, but was hit with a bullet under his armpit. The suspect, Cortez Washington, who was using an airsoft pellet gun, was also killed.

In 2016, Dion's brother, Trevor Dion, filed a wrongful death lawsuit against the city, which had asked a Douglas County District judge to bar the release of the video, according to our partners at the Omaha World-Herald.

The lawsuit says Dion was doing as instructed when he was hit by gunfire from an Omaha police officer.

Brian Jorde, Dion's attorney, says he plans to use the video and other evidence at trial. The proceedings are expected to begin sometime after July.

"There's approximately 20 bullet holes just near the area of where Mr. Dion was alone so there's a significant amount of gunfire that was exchanged," Jorde said. "We think the public deserves to know what happens when their taxpayer dollars are at work with the police and otherwise. And I think it sheds light on exactly what happened and that Mr. Dion was caught in the line of the crossfire through no fault of his own."

Omaha City Attorney Paul Kratz said the city played the video in court Tuesday to support its motion for the case to be dismissed.

"The city presented the video to the court in support of its motion for summary judgment, and we believe the video will support that motion," Kratz said when reached by phone Tuesday night.