Weather-related crashes near Ashland shut down stretch of I-80 westbound for 2.5 hours 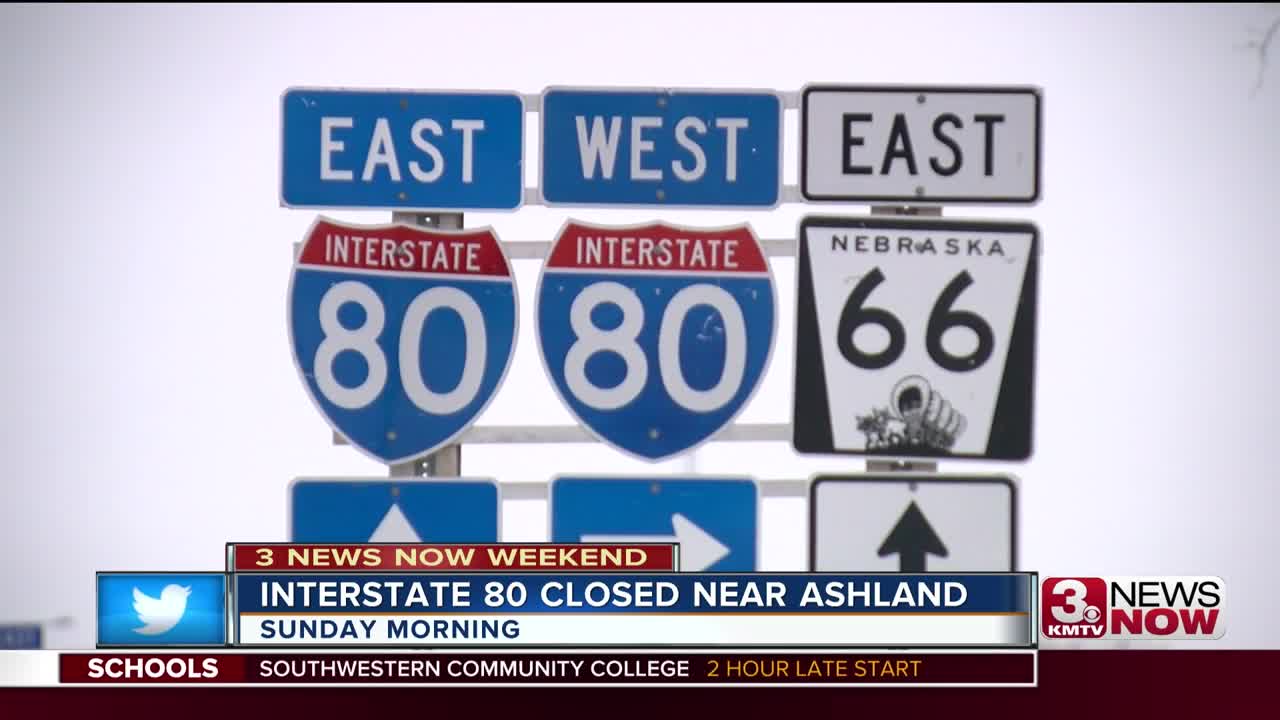 I-80 closed near Ashland Sunday 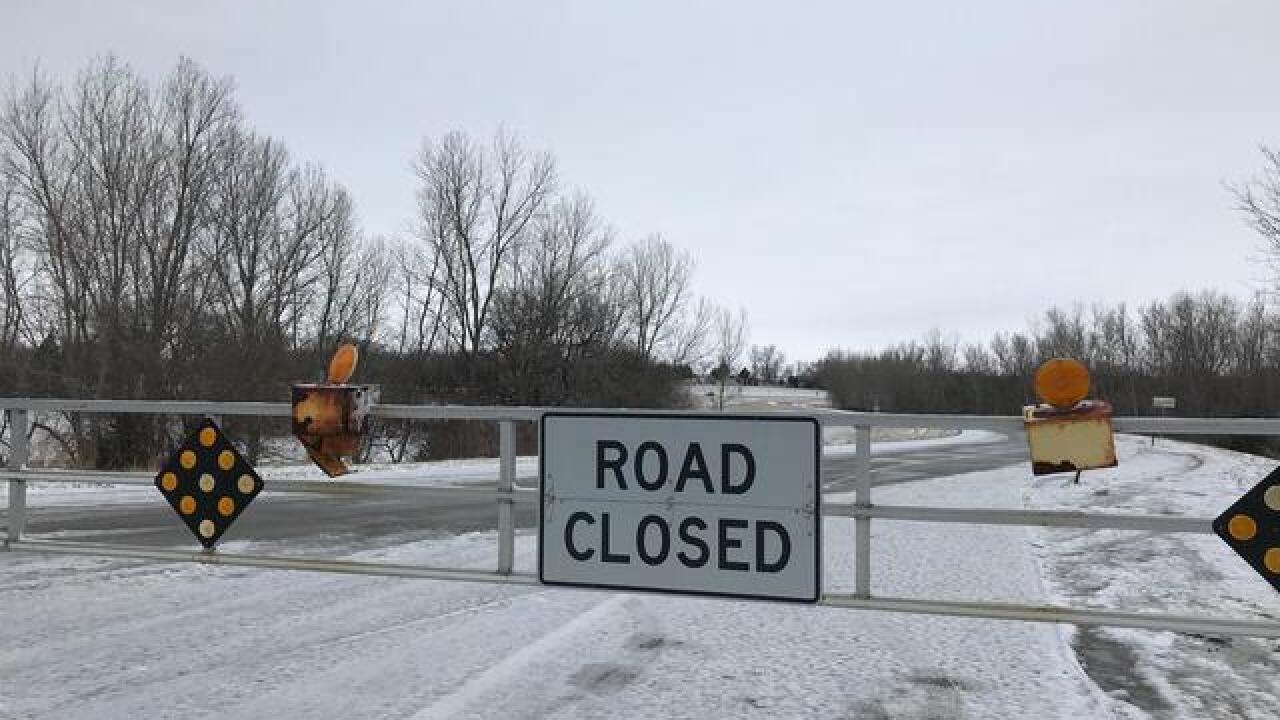 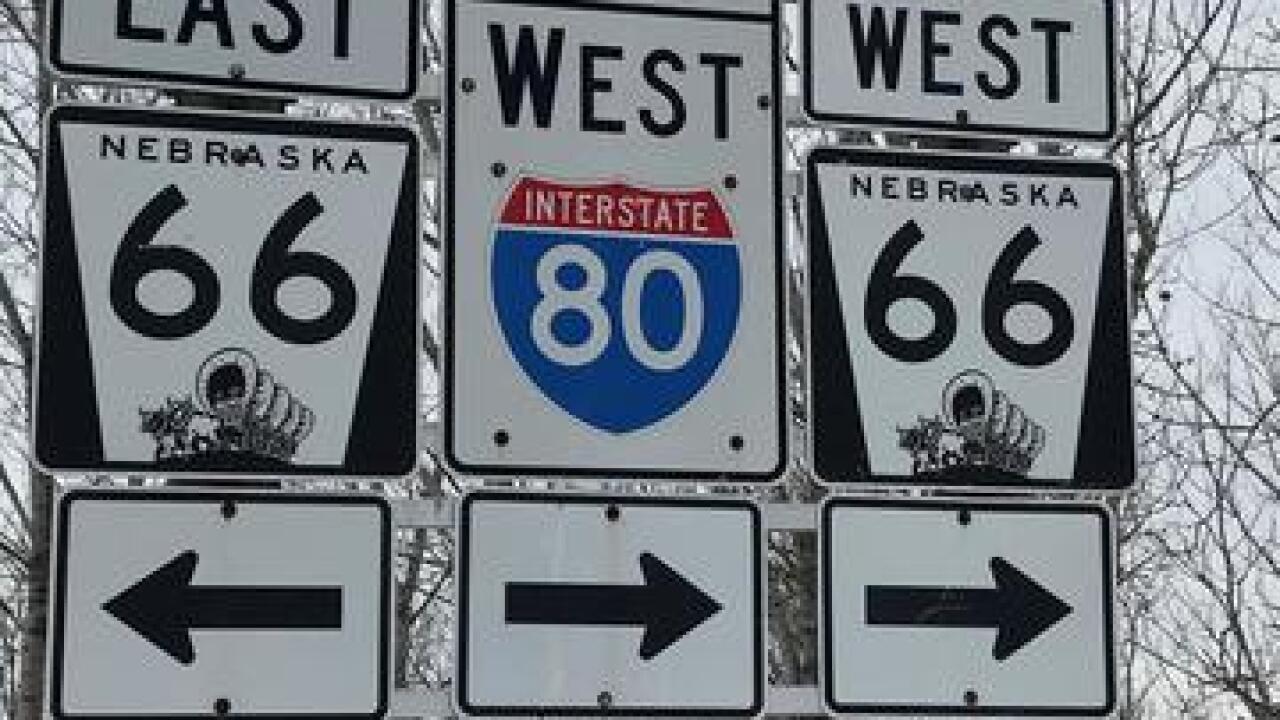 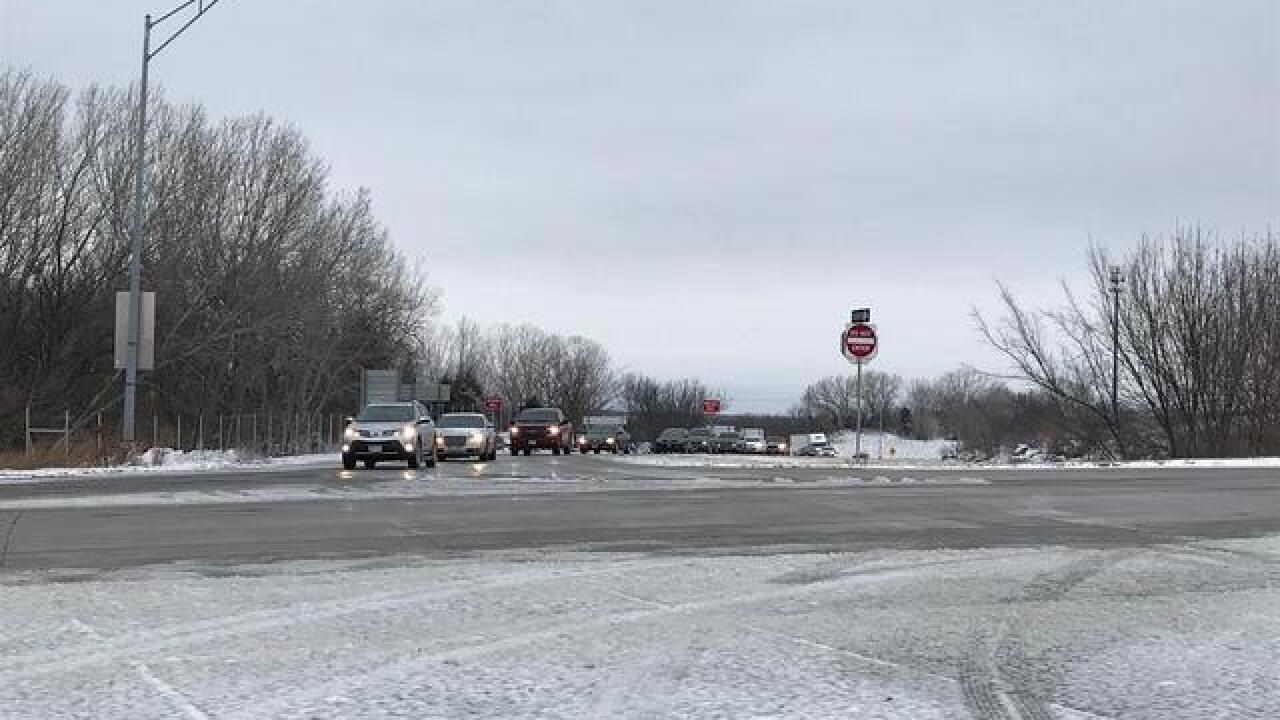 Multiple crashes along Interstate 80 west of Ashland prompted the closing of westbound lanes between milemarkers 409 and 426 for about 2.5 hours Sunday morning, according to the Nebraska State Patrol.

Here’s a look at the hard closure of I-80 WB at MM 426 due to multiple accidents further west. #nspomaha pic.twitter.com/yrtSxCRASv

NSP reported those lanes re-opened about 11:15 a.m. Nebraska Department of Transportation was advising travelers to check their routes before heading out Sunday.

As weather clears and conditions start to improve, be sure to check @Nebraska511 for route information. Along w/ our manned Ops centers, NDOT has roughly 220 cameras that feed into 511 to provide travelers with info on real time conditions. #knowbeforeyougo

NSP troopers responded to about a dozen crashes — one involving an injury — and performed more than 50 motorist assists from about midnight to nearly 1 p.m. Sunday, according to an NSP release.

A Trooper responding to the crash pulled the driver of the second semi and rendered medical assistance, the release states. The driver was then transported to Bryan West Campus in Lincoln with injuries; the driver of the first semi was not injured.

NSP reported Sunday afternoon that strong winds were still capable of causing reduced visibility and that black ice was still present in some areas. Drivers were urged to use extreme caution if travel is necessary, and to check road conditions before venturing out.

Any motorist in need of assistance in a non-emergency situation can *55 to reach the NSP Highway Helpline. For emergencies, call 911.

Eastbound lanes of I-80 were still open in the Ashland area while westbound lanes were closed, but NSP was urging motorists to stay home today, noting that icy patches were difficult to spot and making travel along the interstate dangerous, particularly in areas west of Omaha and Lincoln.

Troopers are on the road across Nebraska today to assist motorists.

They report some black ice in addition to the snow and wind. This is near GI on I-80.

Good idea to stay home today if possible, but call *55 to reach NSP if you need help on the roads. pic.twitter.com/ce1K1IXrHA

Here’s a look at I-80 MM 416. Travel still not advised. Wait it out today and let Troopers and road crews get things cleaned up before you head home from your Thanksgiving destinations. #gethomesafely #nspomaha pic.twitter.com/1sEQg5Rcfg

Accidents still occurring even after a snow has gone. High winds and icy roads were participants in this trailer breaking in half at milepost 346 on I-80. pic.twitter.com/3Ln9tSQjVV

Trp C has areas of roadways that are Icepacked all covered. Wind has continued to make traveling dangerous. NDOT is out trying to clear but be careful. Mm295 I80 pic.twitter.com/8JuQqSCxWD

Slow Down and Drive with Caution. Trp C Troopers are busy today responding to slide offs and accidents. RESPONSE MAY BE DELAYED. This one occurred near mm304 Alda. #Winterdriving pic.twitter.com/7bejVvRGbz