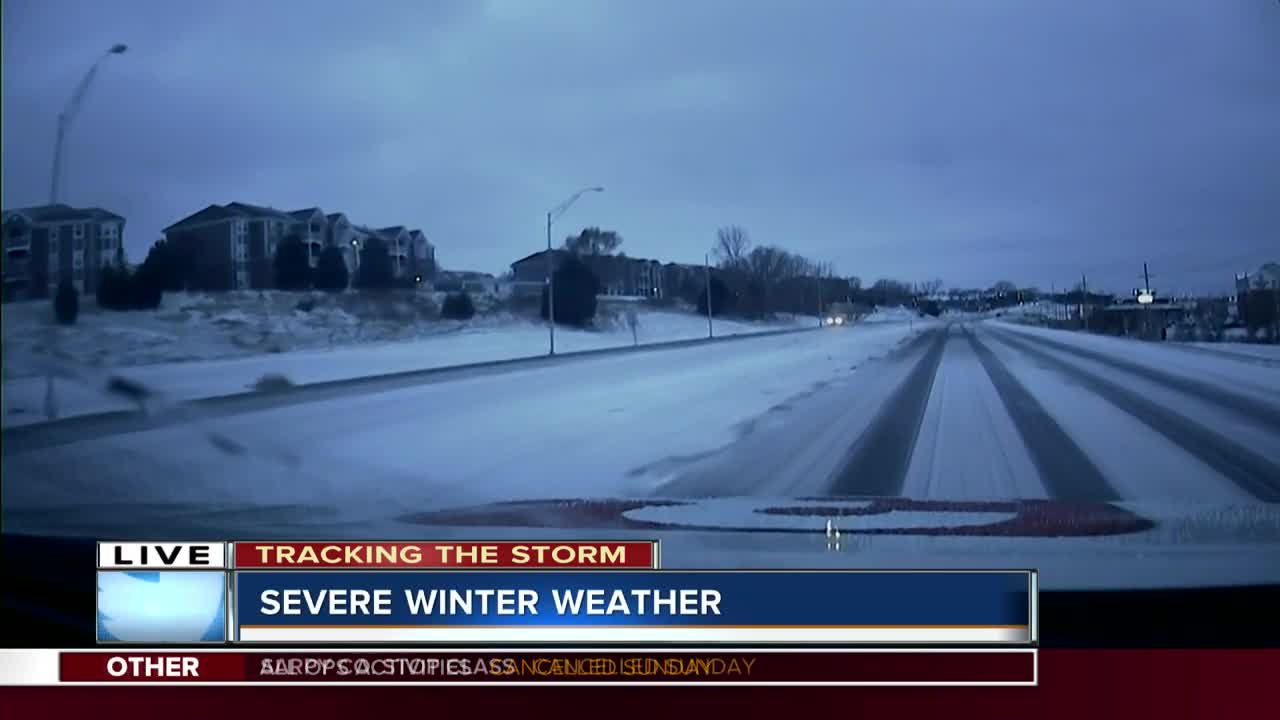 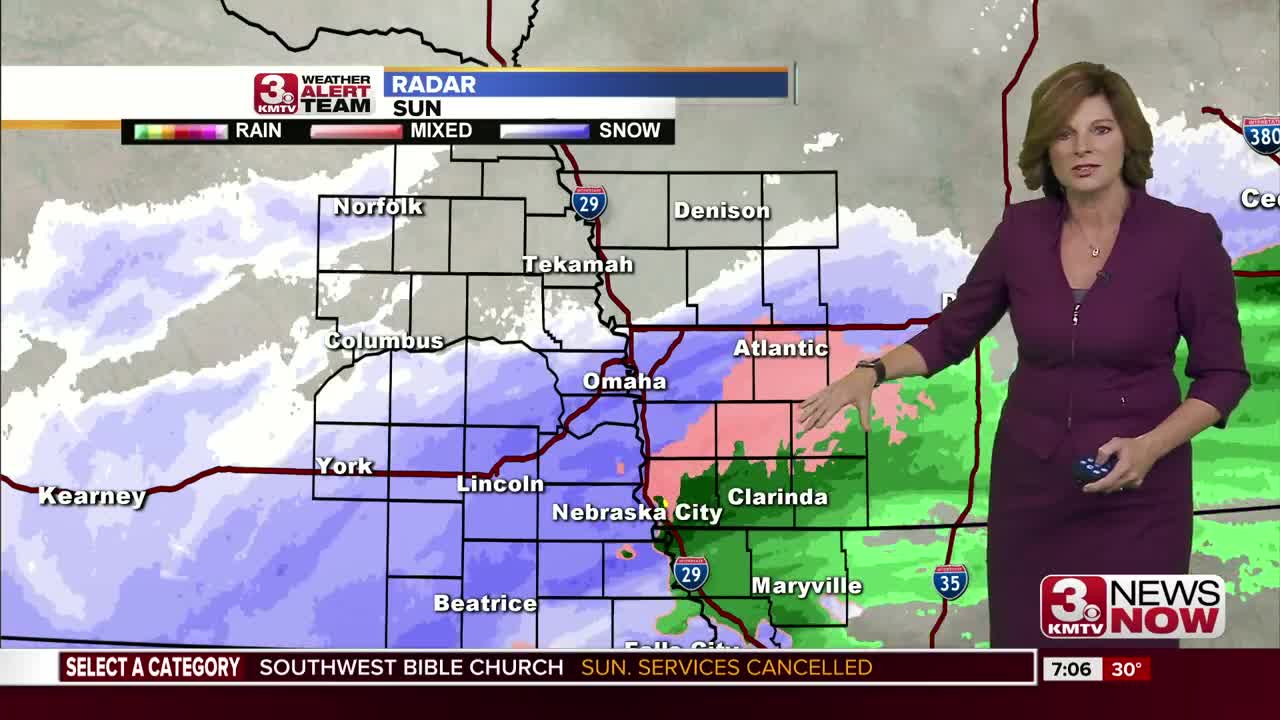 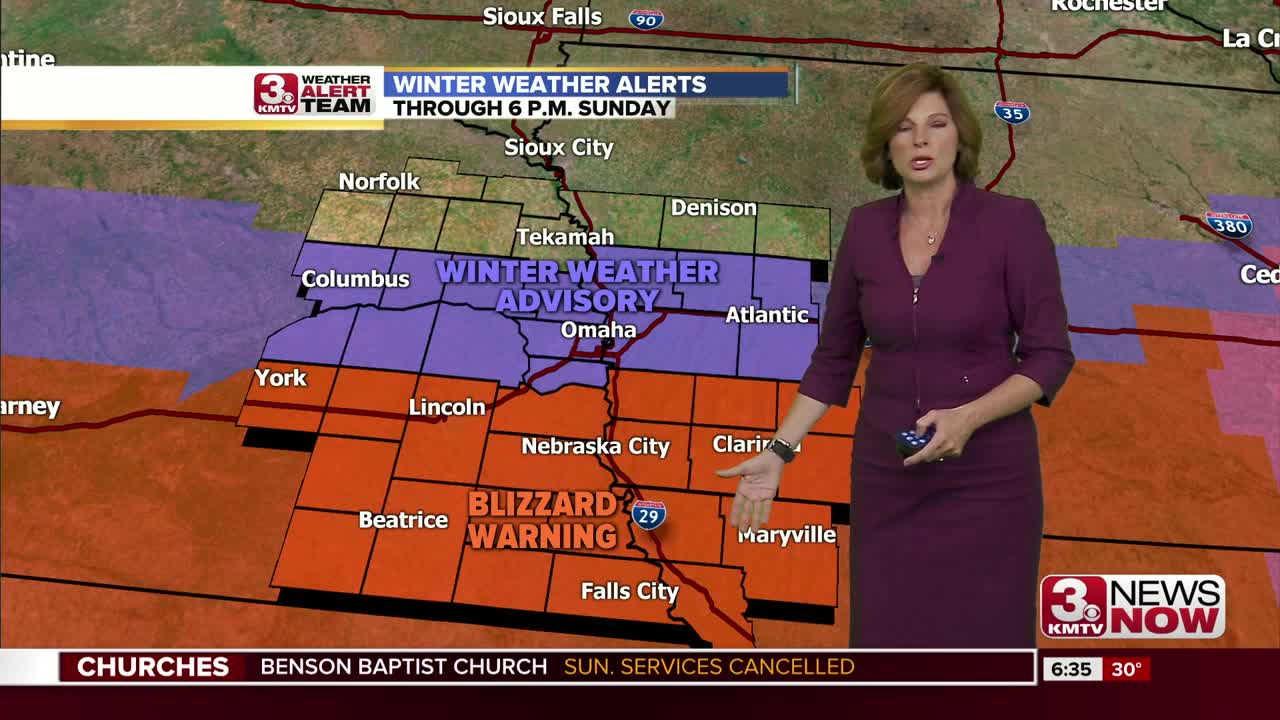 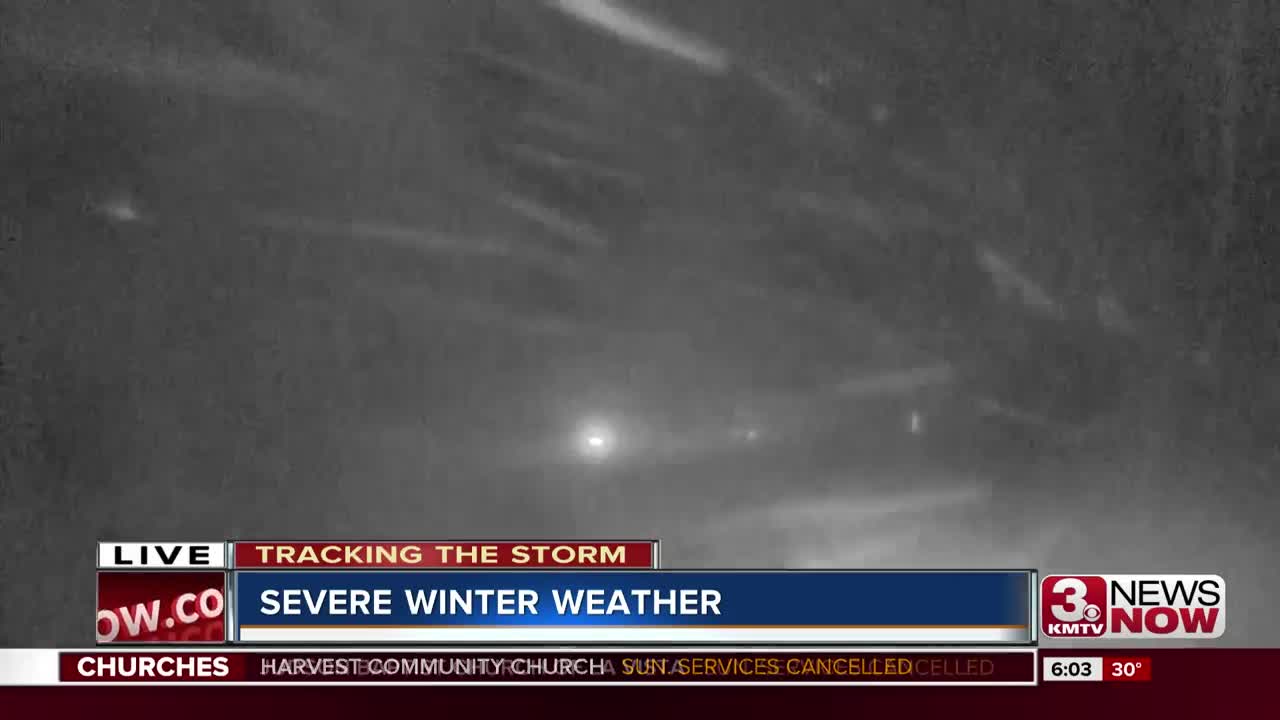 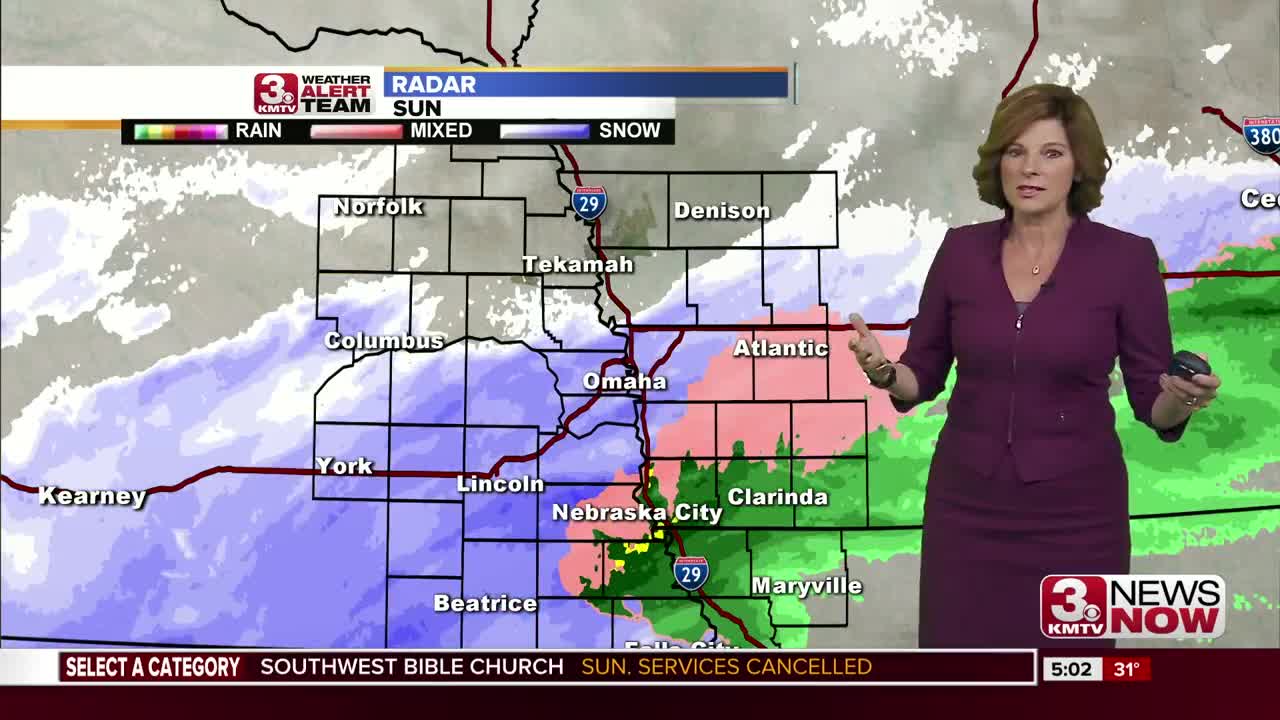 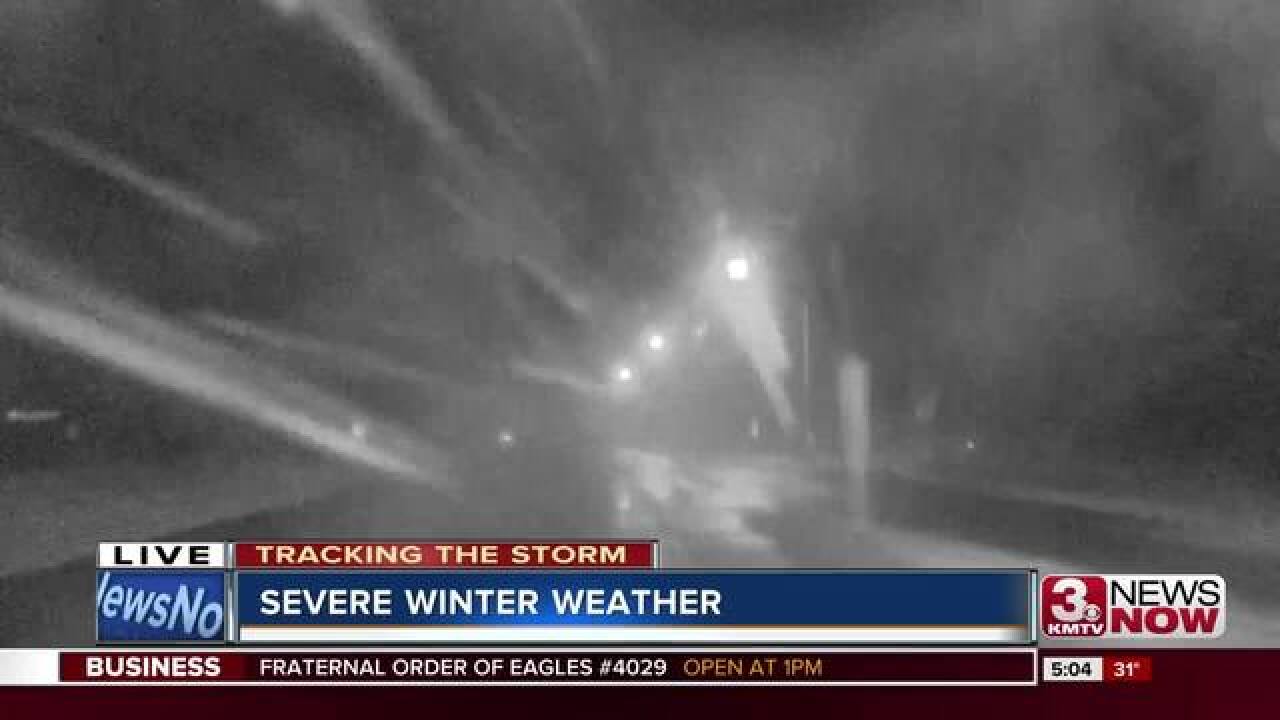 As rain transitioned to snow overnight Sunday, it had an impact all over the Omaha metro.

According to a Facebook post from Mayor Jean Stothert, 100 snowplows began work on plowing and salting main and secondary streets at midnight. Work plowing neighborhood streets was scheduled to begin at 10 a.m., but many streets were showing up clear around 9:30 a.m. 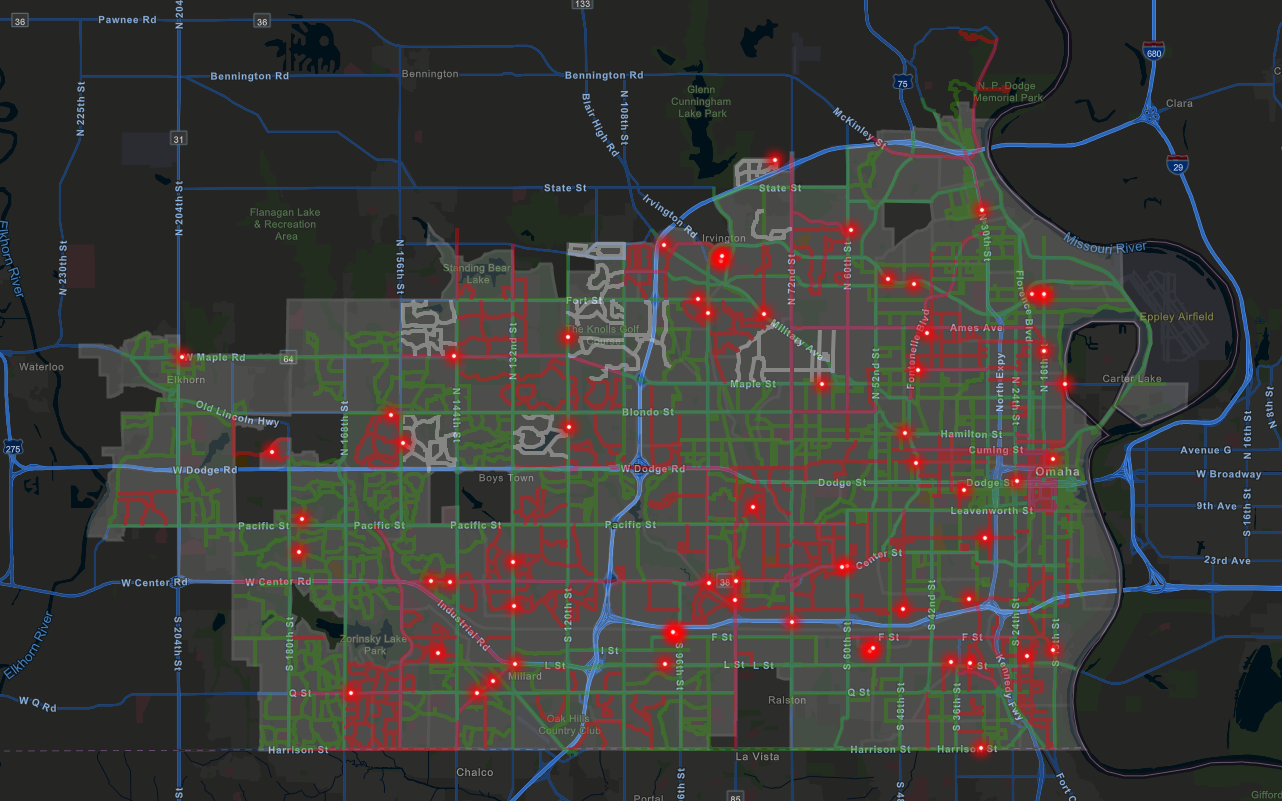 There were already more than 60 church and business closings around Omaha reported early Sunday.

Omaha Airport Authority said just before 6 a.m. that some airlines had a few cancellations, and advised passengers to check on their flights:

Eppley Airfield is open with aircraft departing and arriving, although there are a few airline cancellations this morning. Please check with your airline for flight status. https://t.co/FwKlI9NNtQ pic.twitter.com/PlitYznyM7

In total, between 3-6 inches were expected to fall in the Omaha-metro area throughout Sunday; the area was put on a winter weather advisory around 5 p.m. Saturday.

FORECAST: Get the most recent update from the 3 News Now Weather Alert Team

At that same time, a blizzard warning was issued for the southern part of the state. Blowing snow was producing whiteout conditions in southeast Nebraska on Sunday morning, according to the Omaha-area National Weather Service.

Blizzard conditions caused several crashes along Interstate 80 near Ashland, prompting a 15-mile stretch of I-80 westbound to be shut down for about 2.5 hours.

3 News Now was out tracking the storm throughout the morning.