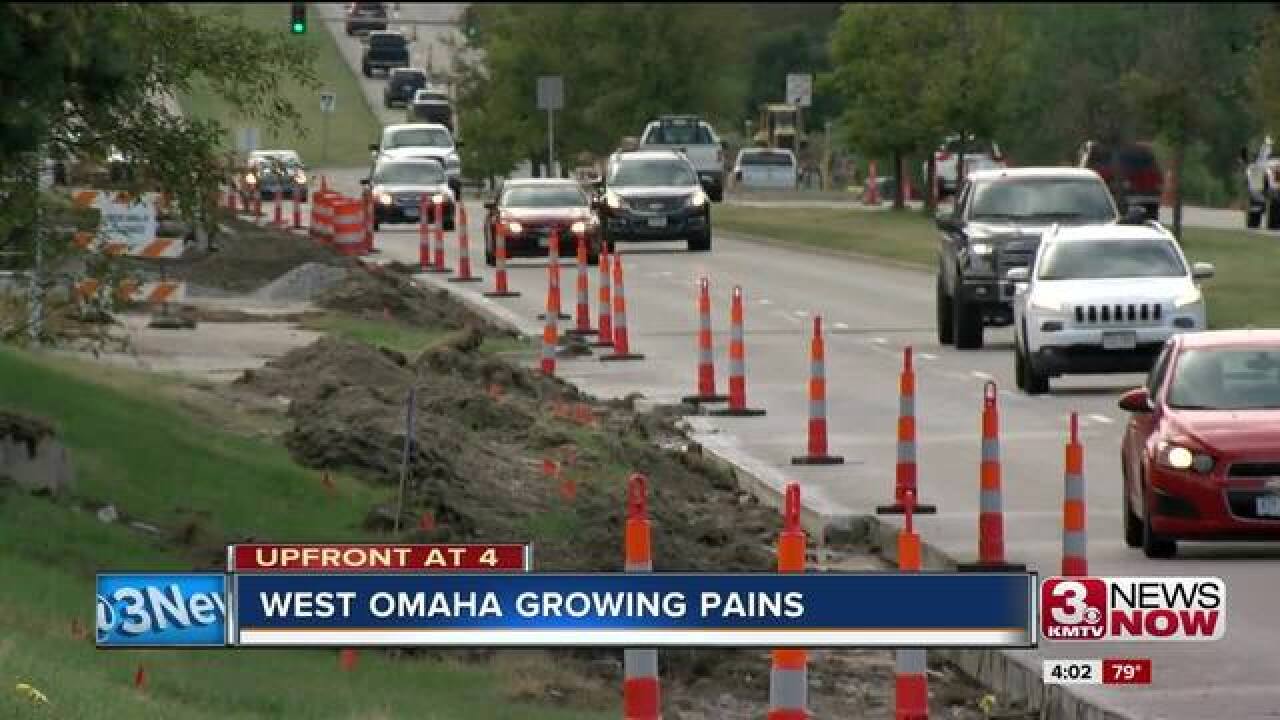 The crash on the Dodge expressway backed up traffic for hours during the morning commute.

This incident highlights some of the traffic congestion happening in that area of Omaha.

According to the Metropolitan Area Planning Agency, traffic growth has increased after years of decline during the recession. "We have recently seen those traffic growth numbers come back up so we are seeing increased traffic and I think people see that and feel that in their commutes," said MAPA Exective Director Greg Youell.

But Youell said this congestion can be blamed on city planning decades ago.

"Since the '50, '60s in a lot of this country we developed around the automobile so it's very difficult to engineer transit systems and things like that, that work in the auto-oriented suburban environments."

Another factor is money. Youell said many of these large construction projects rely on federal funds and while the state gas tax increased, the federal tax hasn't.

"Inflation in the construction industry has even outpaced, inflation in the general economy so that money doesn't go as far as it used to," said Youell.

A Douglas County engineer told 3 News Now federal money sometimes determines when these projects happen and all agencies communicate with each other before starting a project.