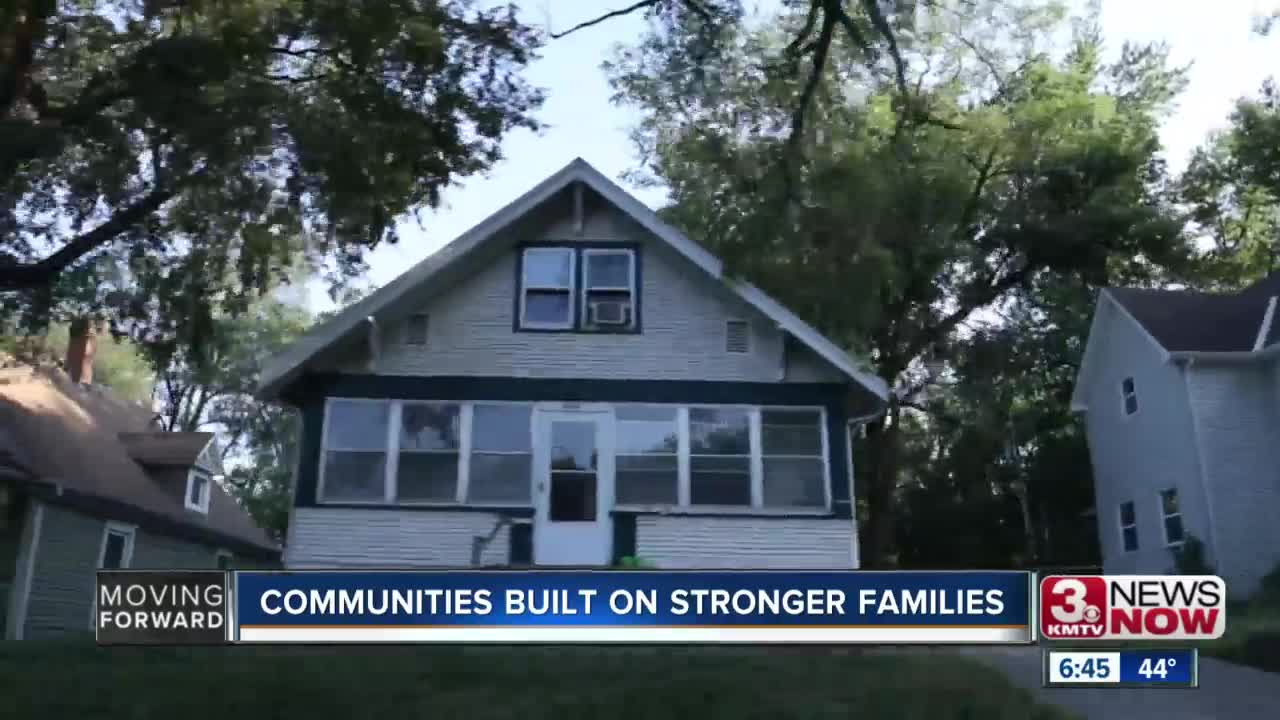 OMAHA, Neb. (KMTV) - Revitalizing North Omaha, one neighborhood at a time. That’s the mission of Abide Omaha, a nonprofit that was started nearly 31 years ago by Ron and Tawny Dotzler.

Stronger Families is the second pillar of their philosophy that communities are built on stronger families. This program focuses on developing children, youth, and their entire family.

“We believe in what we call a collective impact approach. So our Better Together campus, which is located in the heart of the neighborhoods that we serve, actually holds a variety of programs, opportunities, through other collaborative organizations that focus on education, recreation, and small businesses,” says CEO Josh Dotzler.

At the campus that's currently being renovated, they offer a variety of resources to support the needs of families in the neighborhoods they support. They partner with organizations like Omaha Street School, which is a school that works with kids that maybe get displaced with the OPS school system, and have become a food distribution hub during the pandemic. In the past 20 weeks, Abide Omaha has passed out close to 100,000 meals to families.

Dotzler says COVID has amplified the need for a safe space for kids to stay out of trouble and to help prevent them from falling behind with schoolwork.

“They don’t have the resources. There’s even in inner cities what they call a technology desert and technology gap and a lot of the students don’t have access to the technology they need to stay engaged with their learning,” adds Dotzler.

On a regular basis, Abide Omaha works with 40 to 50 children and their families. Most of them are on free and reduced lunch.

“We know that roughly 94% of the families that we serve are single family homes. And so many of the families that we serve either mom or dad are working, or they don’t have the support they need,” says Dotzler. “And so we wanted to create some safe space for them to come, a space that provides internet, has computers, and also has some recreational activities. Hopefully we’ll have a ping pong table, we’ll have a football table, some video games, and a place for them to just hang out.”
As of September 7, kids will have access at the center to tutors, computers and other school supplies to ensure students have structure, consistency, and support.